Need something to watch? As a thank you to everyone staying home, we’ve been sharing short films daily so everyone has a chance to step into a new world. Don’t miss this week’s selection, which includes several exclusive online premieres! We hope these stories give you a few moments of entertainment and escape. 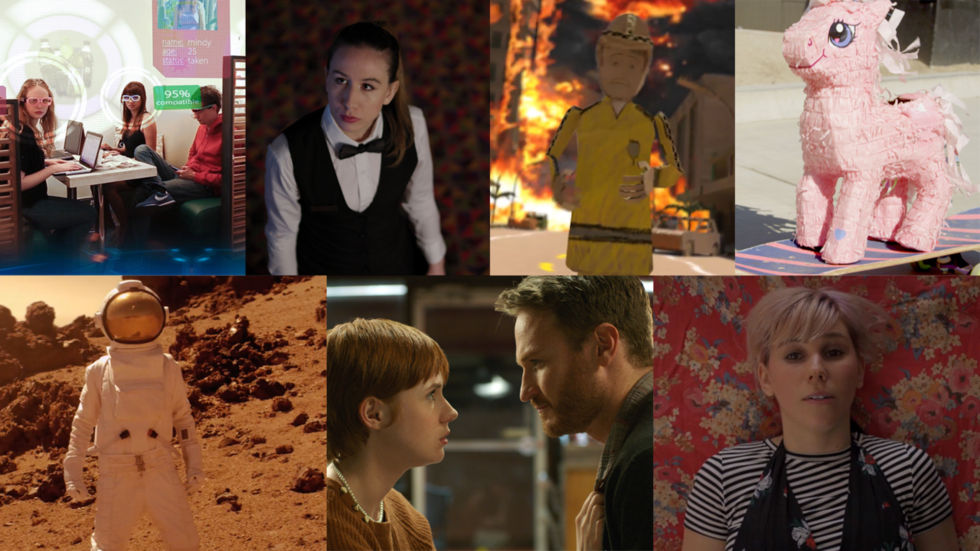 In the future, millennials rely on AI to answer all their questions, from what to order to who to date. What could go wrong? WATCH NOW

Without the crowds and popcorn, an empty movie theater comes alive thanks to two strangers who find a connection despite leading very different lives. Their beautifully choreographed meeting lights up the building’s carpeted corridors and abandoned concession stands. WATCH NOW

Stop, drop, and roll doesn’t work in Cardboard City, which is under flames and burning to a crisp right before the fire chief’s eyes. His team scrambles to protect their people, but will they be able to save them all? WATCH NOW

Bella, Rella, and Sierra are 6-year-olds who know how to shred. They’ve banded together to form their own skateboarding crew, and they’ve got their sights set on the X Games. Their rivals (their brothers) don’t think they can do it. Will they prove them wrong? WATCH NOW

If you had to live a different life, what would you pick: an astronaut traversing an alien planet, a soldier on the brink of saving countless lives, or a fisherman in the middle of the sea? Or maybe all three at the same time? WATCH NOW

Dating would be so much easier if people knew what they were signing up for — or would it? In a world where everyone wears a physical label for their emotional baggage, there *should* be no excuse for getting into a bad relationship. WATCH NOW