At the intersection of movie trailers and music, what does Beck's 'Turn Away' tell us about Reese Witherspoon's woman-against-nature drama? It turns out: quite a lot! 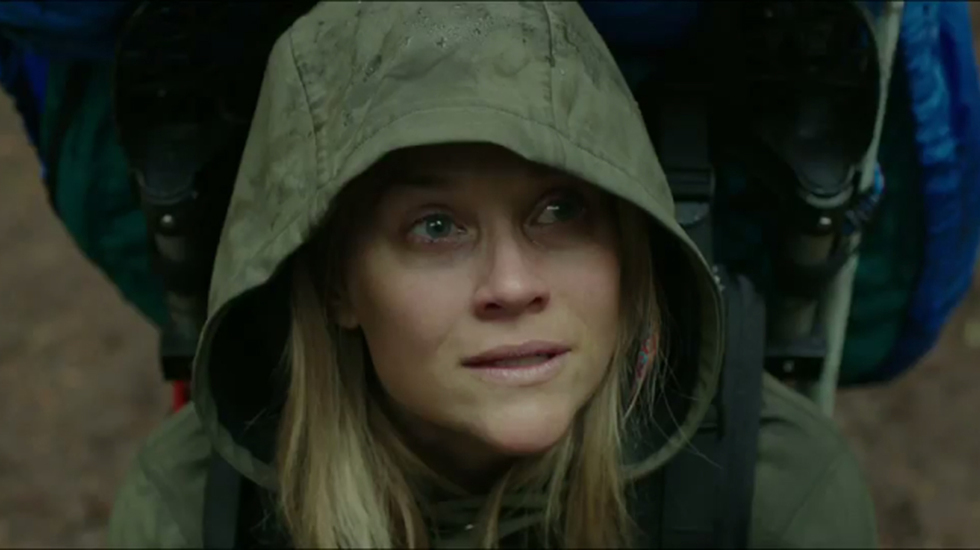 This Week's Trailer: The first taste of Wild, an adaptation of Cheryl Strayed's memoir about the 1,100 mile solo hike that helped her face her drug addiction and emotional problems in the wake of her mother's death. Opening December 5, it stars Reese Witherspoon, was written by Nick Hornby, and was directed by Jean-Marc Vallée of Dallas Buyers Club fame. So, you know... this movie is FANCY.

How Literal Is It? It's NOT very literal, and that makes me excited to see this movie. Think how easy it would've been to score this story with a poppy self-empowerment anthem like "You Gotta Be" or "Unwritten." Given the schlocky trailer for Witherspoon's other upcoming film, it's easy to imagine how Wild could've taken a turn for the Oprah.

Instead, we get a preview that's much more focused on Strayed's palpable ache than her go-girl empowerment. And that mood is almost entirely created by Beck's song. Yes, the scant lyrics implore someone to turn away from the sound of their own voice, which certainly complements a woman's escape from her self-inflicted problems, but mostly, we hear the haunted hum of multi-tracked vocals and gently strummed guitar. We can decide for ourselves how that relates to this story.

How Emotional Is It? The song is more contemplative than emotional, recalling Simon and Garfunkel's hushed intensity on "Scarborough Fair." That suggests the movie will allow us to feel what we want, rather than forcing us to cry on cue.

How Definitive Is It? Considering this song has almost single-handedly convinced me this movie is going to be thoughtful and beautiful, I'd say it's defining Wild pretty well.

Overall Trailer Tune Effectiveness: This may be the most effective use of a trailer tune in 2014.