Home » Tribeca News » The 5 Most Exciting Things About the 'St. Vincent' Trailer
View All News

The 5 Most Exciting Things About the 'St. Vincent' Trailer 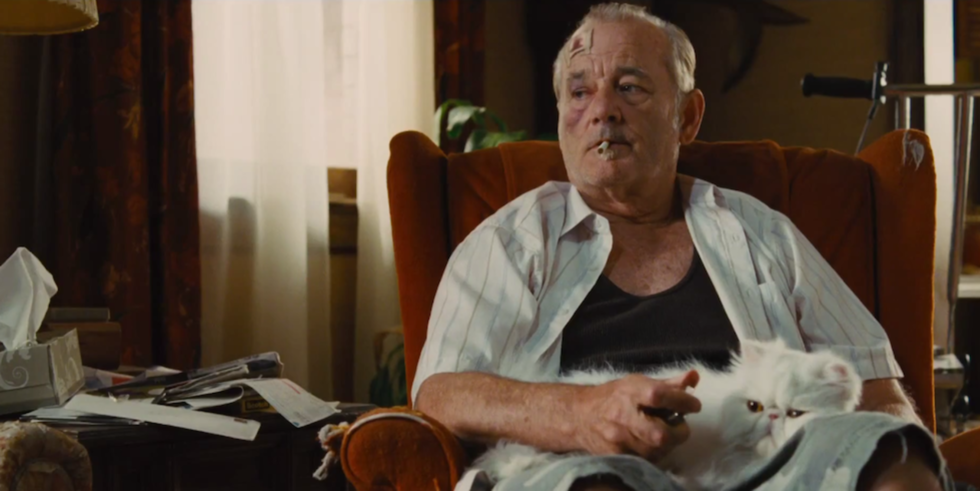 Putting his cameo in Grand Budapest Hotel aside, Bill Murray hasn't really graced us with his on-screen presence in a while. The trailer for St. Vincent has thus reawoken Murray fans everywhere, as America's favorite and most eccentric comedian takes the lead for the first time since his role as Don Johnston in Broken Flowers.

Though the plot has the potential to be a little cloy and overdone, this jaded mentor/fatherless son storyline could be great with Bill Murray's sardonic yet sympathetic touch, and the help of this amazing supporting cast that includes Naomi Watts and Chris O'Dowd!

The film follows Vincent de Van Nuys (Bill Murray), a curmudgeonly and broke war veteran looking for ways to make money. Just when he loses hope, Vincent meets Maggie (Melissa McCarthy), a single mother who has just moved into the house next to his. Vincent offers to babysit her son Oliver (Jaeden Lieberher) for a wimpy 11 dollars an hour. Vincent doesn't hold back any of his hedonistic tendencies like gambling, drinking, and smoking whilst taking care of Oliver- which leads to an unlikely yet loving friendship.

After watching the feel-good trailer, here are 5 things we are excited about!

Melissa McCarthy is definitely one of comedy's leading ladies nowadays with lead roles in films like Tammy and The Heat. Her cheeky attitude and hilarious delivery will surely compliment Bill Murray's more dead-pan and ambivalent style. We're really excited to see how this comedic duo will play out in the film, and expect nothing less of awesome from these two versatile actors.

Bill Murray has tapped into the 'unexpected father figure' character more than once in his filmography (see: Broken Flowers, Life Aquatic with Steve Zissou). There's something about his persona that exudes a kind of empathetic scrappiness that makes him fit this role so well. With the adorable Oliver by his side, we think that there will be a lot of "aww"-inducing moments throughout the film.

Okay, so we're not sure if the kid actually gets drunk- but this still from the trailer might prove otherwise. Vincent's self-indulgence gets in the way of his babysitting, and will definitely provide us with some laughs. From what we can tell from the trailer, Oliver will confront a whole smorgasbord of bawdy fun from strippers (played by Naomi Watts) to taking his first sip of cheap beer.

Cinematography tends to take last priority in a comedy, but it looks like John Lindley has something in store for us. The prolific cinematographer has proven very useful for films like You've Got Mail and Pleasantville, and provides us with surprisingly unique stills in the trailer of St. Vincent. Aerial shots of Bill Murray sitting in a lawnchair, and colorful frames like the one above are definitely pleasing to the eye- so we're excited to see how Lindley will use the camera throughout the film.

Bill Murray's disheveled war-veteran look comes from the mind of Kasia Walicka Maimone. Maimone has designed for films like Capote and Moneyball, and thus has experience with Americana style. This is extremely evident throughout the trailer, as Murray dons camo pants and bandanas to assert his grumpy American attitude throughout the film.

It goes without saying that there's a lot to be excited about with the release of the St. Vincent trailer. Even with this 2 minute glimpse inside the film, we can already tell that there's going to be dancing, drinking, and kickboxing—and we can't wait to see it in its entirety.