At the intersection of movie trailers and music, two 80s classics provide an awesome hook for the latest Kristen Wiig and Bill Hader vehicle. 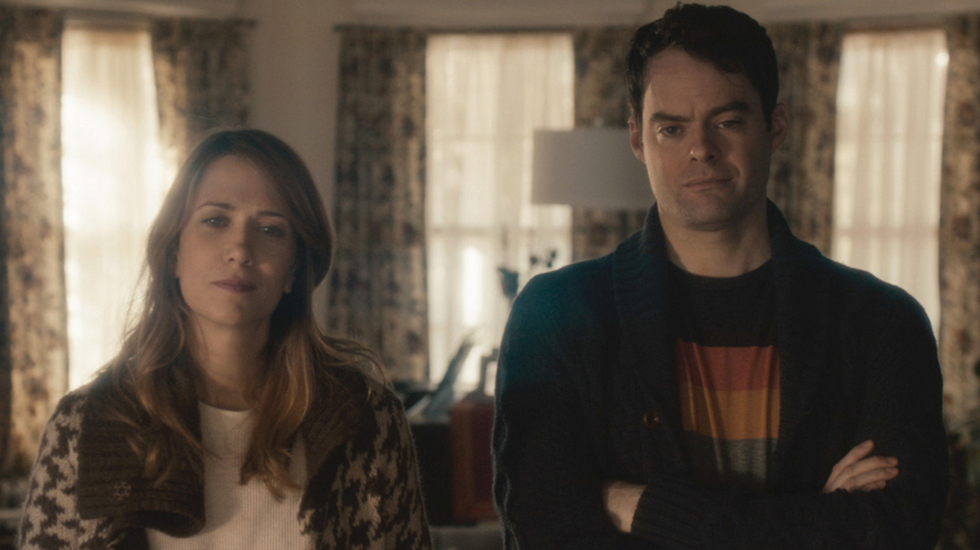 There's always so much to unpack with a movie trailer: the stars, the selected visuals, how much of the plot is being totally given away. But in many cases, the music is the part of the trailer that sticks with viewers the longest. Whether it consists of a simple pop song or a full blown orchestral score, the music often makes a trailer.

This Week’s Trailer: It’s no news that Kristen Wiig and Bill Hader make a splendid team. From their days at SNL to their roles in Adventureland, the two truly bring out the best in each other. In The Skeleton Twins, Wiig and Hader play Maggie and Milo, a set of estranged twins who reunite after 10 years as their respective lives begin to fall apart.

This Week’s Tune(s): Since his first movie, True Adolescents, featured Mark Duplass as a washed up rocker, we should not be surprised that director Craig Johnson has an ear for music. For The Skeleton Twins trailer, he chose two classics 80s songs that drive home the quirkiness of the emotionally stunted siblings with remarkable effectiveness. The first song, "Secret" by the British new wave group Orchestral Manoeuvres in The Dark (OMD), plays below a montage of emotionally charged scenes from the film. The second song, Starship’s cheesy pop hit, “Nothing’s Gonna Stop Us Now,” is partially lip synced by Hader and Wiig

How Literal Is It? Both songs exemplify the obvious themes of the film. After their long estrangement, both Maggie and Milo have a lot of catching up to do. As Paul Humphreys of OMD croons, “I got a secret and I can't explain/All the time, I've waited for this day,” the audience knows that these siblings are destined to confide in one another. Once they do, they begin a process of growing and healing together that is unstoppable, just as the Starship song implies.

How Emotional Is It?  A bit. The songs invoke nostalgia—perhaps of old fights and conversations with your own siblings. While this comedy is decidedly darker material than these actors have tackled before, the 80s pop tunes that dominate the trailer reassure viewers that nothing too heavy is going down here.

How Definitive Is It? Pretty definitive. Both songs feel surprisingly fresh in The Skeleton Twins trailer despite being part of the 80s cultural zeitgeist. Maybe because viewers get only a tantalizing glimpse of the fantastic lip-sync duet between Hader and Wiig, the trailer leaves them eager to see more (which is the point, right?).  We’re already counting the duet as one of the great movie moments of 2014.

Overall Trailer Tune Effectiveness: Based on the trailer that features popular stars and, most crucially, 80s pop tunes that hit just the right notes, The Skeleton Twins come across as a quirky, thoughtful adult dramedy—basically cat nip for the 25-45 demographic.