‘Use of Force’ Incorporates Virtual Reality To Achieve A Unique Impact 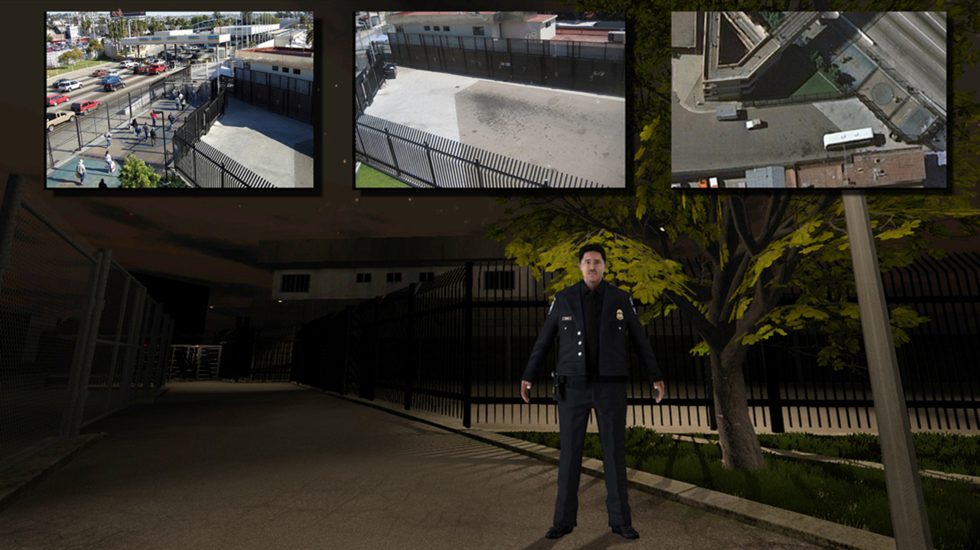 Tribeca: Tell us a little bit about Use of Force. What was the impetus behind this project?

Nonny De La Peña: Use of Force tells the story of the homicide of Anastacio Hernandez Rojas who was beaten and tasered by more than a dozen border patrol agents. Anastacio had been brought to the US when he was a teenager and had never been in trouble with the law until Mother’s Day during the recession when he had been out of work for quite a while.

In desperation, he tried to steal a bottle of tequila and a steak for his wife. He was caught and deported. Officers claimed he acted aggressively when he was caught trying to sneak back into the country and that they were justified in using brutal force to subdue him. However, two witness captured footage and audio on their mobile phones, which told a very different set of events. Our piece tells his story—and really the story of many others who can’t speak for themselves.

Using fully immersive virtual reality and gaming technologies gives people the sensation of being 'on scene'.


Tribeca: What is the role of journalism in interactive media?

NDLP: Use of Force is my fifth immersive journalism piece. With the diminishing number of people reading newspapers and watching television news, it seems clear that using new technologies to tell nonfiction stories is crucial to an informed democracy.

Tribeca: What got you involved in immersive journalism and Virtual Reality gaming? Why do you tell stories in this way?

NDLP: I first experienced what it was like to be in the middle of an unfolding story in the Event Lab in Barcelona run by Mel Slater and Maria Vives Sanchez. They were researching the bystander effect, and once you put on the virtual reality goggles you essentially were at a bar where one guy approaches another guy and starts yelling at him because he has on the wrong sports team t-shirt. It was incredibly well written and the audio was very powerful. That’s when I thought, “I never want my viewers to be sitting passively in some chairs out in the audience again.”

Tribeca: What drew you to the particular case of Anastasio Hernandez Rojas? How did his family react to exploring his story in this new way?

NDLP: As soon as I heard the audio from the case, I was drawn to the idea of making a piece on what happened. The folks at the Investigative News Network also approached me early on as a possible collaboration but ultimately it was John Carlos Frey and his connection to the family that helped with all of the source material.

Tribeca: How do you see projects like Use of Force affecting journalistic practices and humanitarian efforts?

NDLP: Using fully immersive virtual reality and gaming technologies gives people the sensation of being “on scene”. It can evoke a sense of connection and empathy with events that viewers will not achieve by watching a news report on TV or reading a news story on the web or in a newspaper.

NDLP: The amazing friends and family who will all be there!

Our piece tells his story—and really the story of many others who can’t speak for themselves.


Tribeca: Where do you think the future of interactive storytelling is headed?

NDLP: While there is plenty of room for branching narrative, that’s not what I do. I tell linear stories, and I think that’s what is making this work so successful. You are just “there” with your body, no controllers necessary.

NDLP: Transmedia does not mean just telling the same story in a different medium. It means telling a new story through a different medium that branches from an original story told through its original medium. Henry Jenkins is the best source on this.

Experience Use of Force in person at the Bombay Sapphire House of Imagination running April 23-26. Registration is now open!