Meet the TFF 2014 Filmmakers at the Apple Store in Soho

Our beloved “Meet the Filmmakers” series is back at the Apple Store, SoHo including talks from Jon Favreau, Marshall Curry, Gia Coppola, America Ferrera, Rory Culkin, and Emma Roberts. 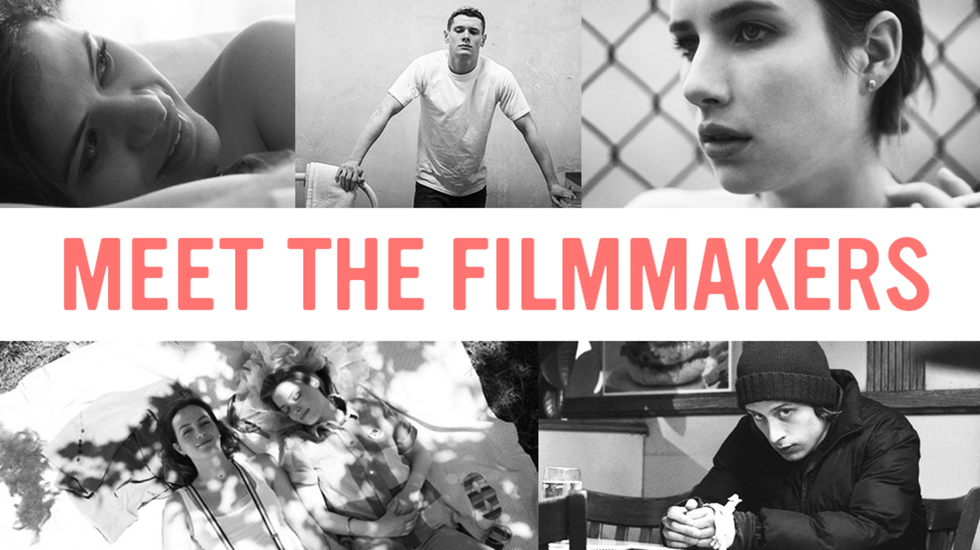 Every year, in partnership with Apple and Indiewire, we are pleased to present our FREE “Meet the Filmmakers” panel series at the Apple Store, SoHo. For these events, we welcome different TFF 2014 filmmakers, actors, and more for 45-minute moderated conversations and audience Q&As.

The Apple panels are fun, free events, and a great opportunity to meet the creative minds behind the TFF 2014 movies. Running from April 19-26, here is our full line-up of the “Meet the Filmmakers” series:

Join Director Angus MacLachlan, and actors Paul Schneider, Melanie Lynskey, Ashley Henshaw, and Audrey Scott for a discussion about their romantic comedy moderated by Indiewire's Eric Kohn. Otto Wall is just a little unlucky in life, and unbeknownst to him, in love. When his wife suddenly asks for a divorce, he bounces between a search for answers, desperate attempts to stay connected to his daughter, and his fateful reentry into the dating pool. Junebug screenwriter Angus MacLachlan returns to the woods of North Carolina for this sharp and sensitive comedy starring Paul Schneider, Melanie Lynskey, Heather Graham, Anna Camp, Amy Sedaris, and Celia Weston.

Join Susanna Fogel and Producer Jordana Mollick for a discussion about their film moderated by Women and Hollywood's Melissa Silverstein. Nearing 30, Sasha and Paige realize their codependent friendship is preventing either of them from settling down. When Paige meets the dorky yet lovable Tim, Sasha fears she is being replaced. Leighton Meester, Gillian Jacobs, Gabourey Sidibe, and Adam Brody star in a comedy revolving around two friends and the guy that strikes discord in their harmoniously laid-back resistance to growing up. Life Partners affectionately tackles the intimacy and complexity of female friendship.

Join Director David Mackenzie and Actor Jack O’Connell for a conversation about their intense prison drama, moderated by Indiewire Film Critic Eric Kohn. Writer Jonathan Asser intelligently brings the brutality of British prison life to raw, unflinching life in this tense and unpredictable drama. Jack O’Connell plays Eric, a young offender so violent that he is "starred up," prematurely moved to an adult prison. As he tries to keep his head down and navigate his new environment, Eric’s explosive nature is tested under the ceaseless gaze of guards and fellow inmates, one of whom turns out to be his estranged father.

Join Oscar-nominated documentarian Marshall Curry and the subject of the film Matthew VanDyke for a fascinating behind-the-scenes conversation, moderated by John Anderson. In 2011, Matthew VanDyke left Baltimore to findadventure and see the world on his motorcycle,only to end up joining the Libyan rebel army totake arms against Gaddafi. Gun in one hand,video camera in the other, Matthew finally findspurpose and meaning in his wanderlust, until heis captured and held in solitary confinement. TFF award-winner Marshall Curry (Racing Dreams) captures one man’s arresting transformation froma sheltered kid to a soldier on the frontlines.

Join Director John Butler and Actors Hugh O'Conor and Peter McDonald for a conversation about their comedy moderated by Indiewire's Drew Taylor. Foppish groom-to-be Fionnan reluctantly agrees to spend a bachelor’s weekend camping. But when his fiancée’s alpha-male brother, nicknamed "The Machine," unexpectedly turns up, the trip takes a turn for the worse. A slapstick, good-natured comedy, The Bachelor Weekend hilariously delves into the stereotypical realm of masculinity that is camping and the great outdoors.

Go behind the scenes of Chef with director and star Jon Favreau in conversation with Mike Ryan at the Apple Store, SoHo. After talented and dynamic chef Carl Casper’s (Favreau) social media-fueled meltdown against his nemesis food critic lands him without any job prospects, Chef Casper hits the road with his son and his sous chef (John Leguizamo) to launch a brand new food truck business. Complete with lavish food imagery and a star-studded cast including Sofia Vergara, Robert Downey Jr., Scarlett Johansson, Dustin Hoffman, Oliver Platt, and Amy Sedaris, Favreau’s fresh take on food and chef culture has poignant messages about the media-driven world in which we live and the real meaning of success. An Open Road Release.

Join Director Ryan Piers Williams, Producer/Actor America Ferrera, and Actor Jon Paul Phillips for a conversation about the making of their film, moderated by Indiewire's Nigel Smith. Ryan Piers Williams directs and stars alongside America Ferrera, Amber Tamblyn and Melonie Diaz in a character-driven drama centered around four restless New Yorkers, and their shifting sexual and romantic relationships. As Mark, Jen, Sylvia, and Jake navigate through their emotionally-arrested states, X/Y reveals the honest and wanton desire we all have to connect with someone and what is at stake when that connection fades.

Join Director Lou Howe, Producers Ben Howe and Luca Borghese, and Actor Rory Culkin for a conversation about their film, moderated by Indiewire's Peter Knegt. Rory Culkin delivers an electrifying performance as Gabriel, a vulnerable and confused twenty-something longing for stability and happiness. Convinced that reuniting with his old girlfriend will bring his dreams to fruition, Gabriel risks it all in a desperate and increasingly obsessive pursuit. First-time writer/director Lou Howe authentically portrays the heartbreaking reality of a young man battling his inner demons, establishing himself as an extraordinary new filmmaking talent.

Join director Gia Coppola and star Emma Roberts for a behind-the-scenes conversation about their film, moderated by Anne Thompson. Shy soccer player April (Emma Roberts) babysits for her single-dad coach, Mr. B. (James Franco). Introspective Teddy (Jack Kilmer) hangs with his sidekick, Fred (Nat Wolff), an unpredictable live wire. One party bleeds into another as April and Teddy finally acknowledge their mutual affection, and Fred’s escalating recklessness spirals into chaos. Palo Alto is a vibrant cinematic immersion into the overlapping stories and emotions that make up the high school experience.

Tribeca N.O.W. is a newly designed program that recognizes creators of new online work (N.O.W.) aiming to discover, highlight, and celebrate the next generation of storytellers who choose to create and share their work in the online space.  Join participants of this new initiative to discuss their webseries, including Rob Michael Hugel, creator and star of I Hate Being Single, Ben Sinclair & Katja Blichfeld, creators of High Maintenance, and Natalia Leite & Alexandra Roxo of Be Here Nowish, moderated by Tribeca Film Festival Programmer Cara Cusumano.

Highlighted by the likes of The New Yorker and Filmmaker Magazine, Katja Blichfeld & Ben Sinclair’s brainchild, High Maintenance, is a wildly funny webseries that is tailor-made for the internet. Starring Sinclair as a pot deliveryman simply credited as “The Guy,” each episode of the series follows this nameless dealer as he delivers to his clients throughout New York City. Yet despite its straightforward concept, Blichfeld & Sinclair’s finely-tuned series hilariously dissects the craving for privacy in the city, and its conflict with a craving of a different kind.

Rob Michael Hugel is the mind behind I Hate Being Single, an uncomfortable yet ultimately heartwarming comedy webseries starring Hugel as a lonely hipster looking for love. In addition to working on the show’s second season, Rob is increasingly prolific within the New York comedy scene as a member of the UCB-based sketch troupe, Onassis. In the past, Rob’s eccentric style brilliantly lent itself to the much-loved webseries—and now, TV series—Broad City, for which he served as a writer, director, and editor on several episodes.

Independent writers and filmmakers Alexandra Roxo and Natalia Leite make their webseries debut with this funny and sexy story of two friends who flee New York to find themselves in Los Angeles. Featuring biting wit and distinctive characters, and set at the collision between the queer-alternative and new age milieus, Be Here Nowish stands out among its webseries compatriots for its fresh, fearless, and current voice.

Join Academy Award-winning Director Louie Psihoyos, Producer Fisher Stevens, and the subjects of their film Travis Threlkel and Leilani Munter for a fascinating conversation about their new documentary, moderated by Indiewire's Paula Bernstein. Utilizing state-of-the-art equipment, Oscar®-winner Louie Psihoyos (The Cove) assembles a team of activists intent on showing the world never-before-seen images that will change the way we understand issues of endangered species and mass extinction. Whether infiltrating notorious black markets with guerilla-style tactics or working with artists to create beautiful imagery with unexpected animal subjects, 6 will change the way you see the world.