Get the TFF 2014 Online Experience

The Tribeca Online Festival will include our Tribeca N.O.W. program, 8 streaming 2014 Festival selections, and our 2nd annual #6SECFILMS competition. 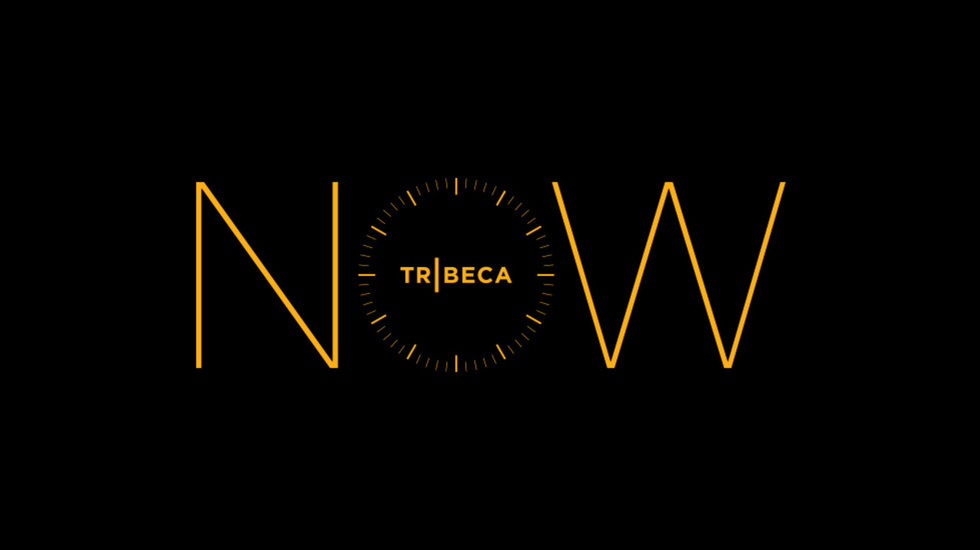 The Tribeca Film Festival (TFF), presented by AT&T, is pleased to announce a variety of programming that will allow domestic audiences from across the country to experience the Festival, including the addition of the Tribeca N.O.W. program and the lineup and programming for the Tribeca Online Festival.

The 5th annual Tribeca Online Festival (TOF) is our digital initiative that offers remote viewers front row access to exclusive Festival content and storytelling. An exciting addition to TOF this year is Tribeca N.O.W., a recently designed program that recognizes creators of fresh online work (N.O.W.) and highlights this next generation of online storytellers.

During TOF, Tribeca N.O.W. will showcase the innovative talent of 12 creators chosen by the TFF programming team from nearly 100 candidates nominated for their innovative storytelling and robust creative vision by an advisory board of creative professionals. The program optimizes Tribeca's mission to find the freshest, most original forms of storytelling and share them with the widest possible audience.

The projects include unique music videos, short documentaries, and imaginative webseries. Each nominee and his or her work will be featured on the Tribeca website and at 2014 TFF events. We're also pleased to host the series premiere of Be Here Nowish and the season 2 premiere episodes of I Hate Being Single  and Hello Cupid.

Back for its second year as part of TOF is the Tribeca Film Festival’s #6SECFILMS competition. The online juried competition challenges participants to use Vine to create shorts in the categories of genre, comedy, drama and animation. This year, in addition to the jury awards, online audiences can view the very short film entries here and vote for their favorite through April 12. Winners of the  #6SecFilms Audience Award will be announced on April 15.

As in years past, TOF will provide free streaming of Festival films. The eight titles include the features Ice Poison (Bing Du), Ne Me Quitte Pas, True Son and Vara: A Blessing that will be streamed just after their Festival theatrical premieres, and the short films Love in the Time of March Madness, Parachute, Peepers, and Scratch that will be accessible here. Through the same site, audiences can vote on the best online feature and short, with the winners receiving a total of $15,000 in prize money.

Highlighted by the likes of The New Yorker and Filmmaker Magazine, Katja Blichfeld & Ben Sinclair’s brainchild, High Maintenance, is a wildly funny webseries that is tailor-made for the internet. Starring Sinclair as a pot deliveryman simply credited as “The Guy,” each episode of the series follows this nameless dealer as he delivers to his clients throughout New York City. Yet despite its straightforward concept, Blichfeld & Sinclair’s finely-tuned series hilariously dissects the craving for privacy in the city, and its conflict with a craving of a different kind. www.vimeo.com/channels/highmaintenance/videos

Feeling unfulfilled creatively as an artist, Toronto-based Claire Edmondson abandoned her career as a stylist in favor of direction, creating dark, distinctive fashion films and music videos for indie artists like Broken Social Scene, Austra, and Jasper, and designers Jeremy Laing and Pink Cobra. Moving forward, Edmondson is focused on assembling her commercial reel and moving into commercial direction while also developing a short film and a feature script, all while continuing to work with fashion and music videos as a creative outlet. www.vimeo.com/m/claireedmondson

Visionary is the best way to describe Factory Fifteen. Directors Jonathan Gales, Paul Nicholls and Kibwe Tavares have harnessed their wide-ranging artistic backgrounds to create a film and animation powerhouse. Its prolific work is redefining the structure and aesthetics of filmmaking, while challenging the expectations of its audience and industry world-wide. This multi-award winning creative studio has had their work exhibited around the world in various film festivals and galleries such as Ars Electronica, Alpha-ville, The Creators Project, Frieze Art Fair, The Whitechapel Gallery, and The Royal Academy. www.factoryfifteen.com

Rob Michael Hugel is the mind behind I Hate Being Single, an uncomfortable yet ultimately heartwarming comedy webseries starring Hugel as a lonely hipster looking for love. In addition to working on the show’s second season, Rob is increasingly prolific within the New York comedy scene as a member of the UCB-based sketch troupe, Onassis. In the past, Rob’s eccentric style brilliantly lent itself to the much-loved webseries—and now, TV series—Broad City, for which he served as a writer, director, and editor on several episodes. www.youtube.com/user/IHateBeingSingle

LA Born and Berlin-based, Matt Lambert is a filmmaker whose recent work explores identity and sexuality, and looks to open a debate around the way youth perceives and presents itself in the digital space. His work is deeply entrenched in global sub-cultures spanning a breadth of cultural and sexual identities with a keen focus on expanding the methods and styles of documentary and short film making.  Lambert injects his projects with an intimacy, excitement and conceptual depth that resonate far beyond the engaging and intriguing surface. www.vimeo.com/m/dielamb

Known as an actor on MTV’s Hey Girl, Community, and How I Met Your Mother, and as a performer for Upright Citizens Brigade, Wendy McColm’s diverse talents are on full display in her range of online short form work, written, directed by, and starring herself. With a distinctive style that melds quirky humor, feminine sensibility, and just a pinch of strangeness, all wrapped up in an of-the-moment indie patina, this multi-hyphenate writer-director-performer’s funny and delightful persona jumps out of her surprising and always entertaining pieces. www.wendyfilms.com

Presented with eclectic 2-dimensional objects, Steven Mertens uses magician-like skill to transform and enliven them in unexpected ways, creating fantastic worlds and abstract stories. Dry-erase drawings, photographs, videos and vibrant hand-drawn illustrations are meticulously pieced together in his unique stop-motion music videos. Mertens’ eccentric imagery has been paired with the popular music of Deca, The Chapin Sisters, Streets of Laredo and Boogarins. Before starting his career in animation, he toured extensively as a session bass player with The Moldy Peaches, Adam Green, and Here We Go Magic, among others. www.stevenmertens.com

Trained as a photographer, UK-based Mollie Mills creates absorbing short form documentaries on idiosyncratic subjects ranging from figure skaters and boxers to New York City subway dancers and tattoo artists, finding intimacy in the singular focus of her human subjects and beauty in the details of their unique surroundings. With a style that expands small moments of space and time to revel in their beauty, Mills gives voice to her subjects’ everyday experience in a way that infuses the routine with meaning and significance. www.molliemills.co.uk

PERIODS is an anachronistic comedy film series that adapts historical epochs and famous works of literature for a new generation. Comprised of an ensemble of actors and featuring the occasional guest star, PERIODS. is semi-improvised comedy with a unique cinematic approach. Created by Victor Quinaz, Anna Martemucci and Philip Quinaz and crafted by the entire PERIODS. films crew. Their first feature film, BREAKUP AT A WEDDING, was released from Oscilloscope Labs on June 18th, 2013. PERIODS. has been featured in the LA Times, Huffington Post, New York Magazine’s Vulture Blog, Jezebel, and, yes, even High Times. www.periodsfilms.com

Independent writers and filmmakers Alexandra Roxo and Natalia Leite make their webseries debut with this funny and sexy story of two friends who flee New York to find themselves in Los Angeles. Featuring biting wit and distinctive characters, and set at the collision between the queer-alternative and new age milieus, Be Here Nowish stands out among its webseries compatriots for its fresh, fearless, and current voice. www.drinkpurplemilk.com/be-here-nowish

Four feature titles and four short films from the 2014 Tribeca Film Festival will be available on TOF. Each film will have limited screening windows and capacity. Online viewers will be able to vote for the Best Tribeca Online Feature Film, a prize of $10,000, and the Best Tribeca Online Short Film, a prize of $5,000. Winners will be announced at the Tribeca Film Festival Awards on April 24.

The full list of feature films streamed on the Tribeca Online Festival is as follows:

Faced with diminishing returns on his harvest, a poor young farmer in Myanmar pawns his cow for a moped and seeks alternative income as a taxi driver. Among his first fares is a woman making a new start after escaping an arranged marriage in China. Together, they are lured into the lucrative business of selling “ice poison” (crystal meth) around town. With an unobtrusive documentary style, Burmese-Taiwanese director Midi Z captures the struggles faced by many in an unseen part of the world. In Burmese and Chinese Yunnan with subtitles.

Left by his wife for another man, Marcel falls into alcoholism and a deep depression, with only his friend Bob, also an alcoholic, to look after him. The friendship between the two men captures the frailty of the male ego and the natural comedy borne from their candid conversations. Ne Me Quitte Pas follows this downward spiral of mid-life crisis in a tender, often humorous, sometimes disturbing, examination of the ‘crisis of masculinity,’ alongside a mesmerizing exploration of mundane rural existence. In Flemish and French with subtitles.

Stockton, California is considered one of the worst cities in the United States, riddled with financial crisis and crime rates rivaling Afghanistan. But where everyone else saw hopelessness, 22-year-old Michael Tubbs saw possibility. In 2012, Tubbs decided to run for City Council to reinvent his hometown, building his campaign from the ground up. In Kevin Gordon’s passionate and inspirational documentary he sets out to beat a politician twice his age and bring his community back from bankruptcy.

Raised in a sheltered village, young Lila yearns for a life devoted to Hindu worship, like that of her devadasi mother, but she begins to encounter worldly obstacles to her spiritual fulfillment. Guileless, Lila agrees to model for a lowly village boy who hopes to become a sculptor, unknowingly endangering both of their lives under the ever-present gaze of the villagers, especially the village landlord’s son.

The full list of short films streamed on the Tribeca Online Festival is as follows: