Here Are The 5 Transmedia Projects in The Storyscapes Section

In collaboration with Bombay Sapphire® Gin, we celebrate multi-platform transmedia projects with five diverse selections that will be on display during the 2014 Festival. 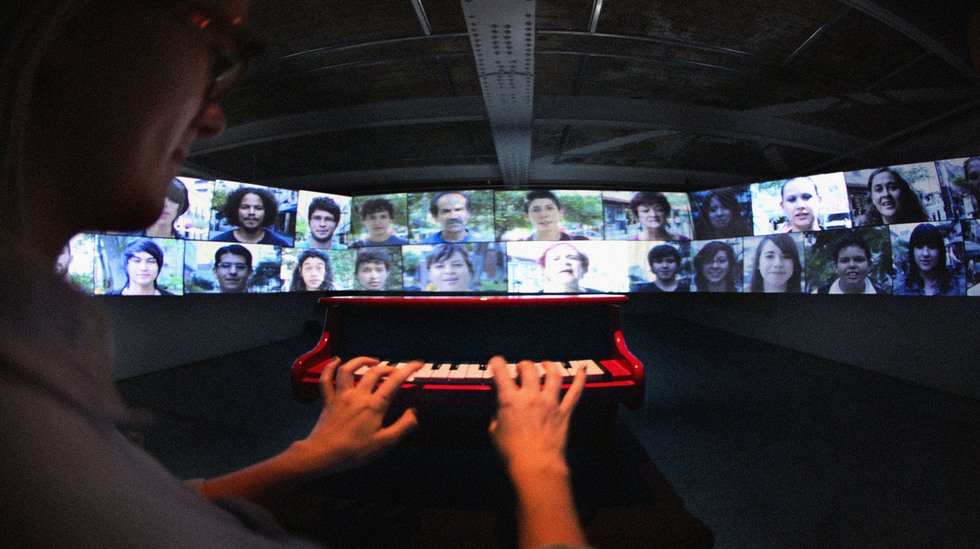 The Tribeca Film Festival (TFF), presented by AT&T, is pleased to announce its 5 transmedia projects in the Storyscapes program that have been created in collaboration Bombay Sapphire®. Now in its second year, this juried Festival section was fashioned to showcase innovative and interactive transmedia work across genres. This pioneering form of storytelling encourages audience participation and sparks the imagination.

Curated by the TFF Programming team along with Ingrid Kopp, Director of Digital Initiatives for the Tribeca Film Institute, the program will present five selections as public, interactive installations at the Bombay Sapphire® House of Imagination (121 Varick Street, 7th Floor) from April 23 – April 26, 2014. The interactive nature of Storyscapes will also extend to the lounge and cocktail bars as well.

Using their own devices, guests will be encouraged to share feelings and observations that will be projected on one of the walls in the lounge. Different locations throughout the space will trigger specific messages sent to mobile phones that will include a mixture of facts and stories about cocktails, botanicals, technology and creativity.

Inspired by the "Choose Your Own Adventure" books of the 1980s, Choose Your Own Documentary tells the story of Nathan Penlington’s discovery of a diary tucked away in one of these books and his attempts to unravel its many mysteries. Part comedy stand-up, part documentary, this is a unique live interactive experience in which the audience plays a vital role. With over 1,566 possible versions, and multiple endings, every performance is different and the audience votes on the path the documentary takes. Where will the story lead? How will the story end? You decide.

Circa 1948
Project Creator: Stan Douglas with the NFB Digital Studio

Circa 1948 is a new project from internationally renowned artist Stan Douglas. Together with NFB Interactive, he has recreated areas from Vancouver’s history that no longer exist. The locations have been meticulously researched and are recreated in historically accurate 3D detail, where they become the site of the disembodied voices of the people who once inhabited them. Eavesdrop on the past and explore a seminal turning point in the history of Vancouver through the voices of homeless veterans, gamblers, prostitutes, and police officers. Hearing—but not seeing—the inhabitants, you can navigate the different environments and be immersed in a plot peopled with characters from a disappeared world.

A new generation of artists and hackers are emerging and creating tools for poetic and socially engaged experiments in art, storytelling, and technology. 3D-scanned conversations from this community form a network of ideas explored in a non-linear documentary that is assembled from code, bringing form and content together in a truly exciting way. Clouds will be presented as an interactive installation that you can navigate yourself.

On a Human Scale reimagines the people of New York City as a fully playable and immersive video instrument controlled by a piano. Each key triggers a different video of a different person, from a different walk of life, singing a different note. When played together they fuse into a joyful choir that is totally under the control of whoever is at the keyboard. Playing the piano brings to life an audiovisual installation that fuses music, film, people, and technology into a living, singing tapestry of humanity.

Use of Force is a fully immersive documentary experience that puts you on scene when migrant Anastasio Hernandez Rojas was killed by border patrol on the U.S.–Mexico border in 2010. Using custom built virtual reality goggles and full body tracking, participants stand alongside witnesses who were trying to stop the events unfolding, offering a profound and visceral experience. Nonny de la Peña is a pioneer of immersive journalism and this is an experience that really puts you in someone else’s shoes.