(T)ERROR is Documentary Filmmaking at Its Most Dangerous and Necessary

A highlight at the 2015 Tribeca Film Festival, co-directors David Sutcliffe and Lyric Cabral's unprecedented anti-terrorism doc opens this weekend, and shouldn't be missed. 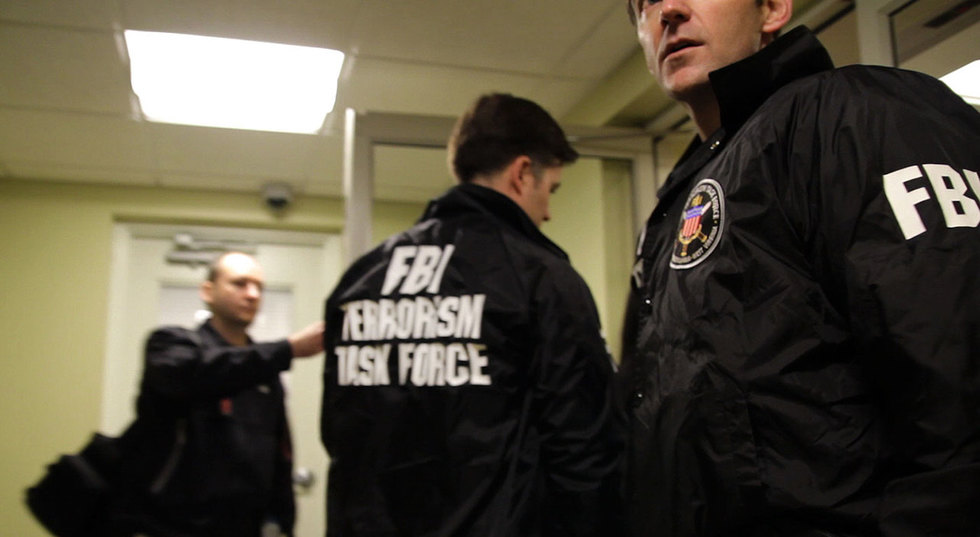 At their best, documentaries place viewers directly into worlds they'd otherwise never enter because, well, they're either not prepared to enter or most likely shouldn't enter as everyday citizens. (T)ERROR, the alarming debut from co-directors Lyric R. Cabral and David Felix Sutcliffe, is that sentiment exemplified to its most intense and dangerous points.

An unprecedented on-the-ground exploration of the FBI's counterterrorism operation, (T)ERROR, which was supported by the supported by Tribeca Film Institute®’s Tribeca All Access® program, and screened at this year's Tribeca Film Festival, inserts its viewers into previously impenetrable arenas like governmental surveillance, and it does so through the eyes of Saeed "Shariff" Torres, a former Black Panther who works as an FBI informant.

An ex-con, Torres is paid minimum wage to infiltrate the lives of suspected stateside Al Qaeda members, a job that, yes, seems like it's worth more than the same pay received by teenagers working in retail stores. Cabral and Sutcliffe's film looks at that bitter reality, as well as issues of racial profiling and the violation of basic freedoms, as Torres zones in on a Muslim suspect living in a nearby Pittsburgh apartment.

(T)ERROR unfolds like a classic cat-and-mouse thriller, except it's not a "movie." It's real life, and its investigation of how the government can probe the interior lives of anyone and everyone will both startle and fascinate you.