Art and activism are inseparable in Yance Ford's true-crime documentary, an aesthetic and emotional triumph. 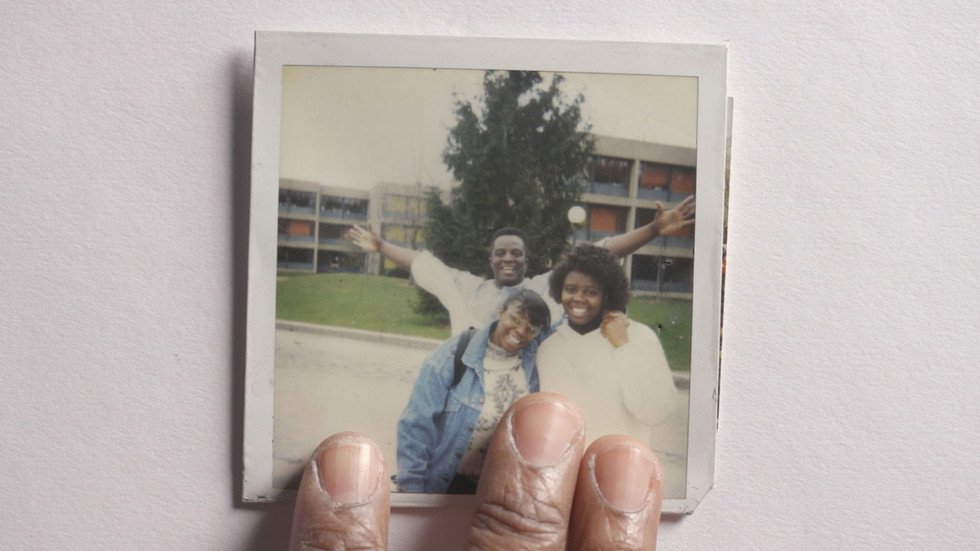 Grief is an ever-present shape-shifter. Days, years, and decades may pass, but grief is never too distant, hovering around us, unseen and unheard, arranging itself into forms not immediately defined by sorrow.

Few filmmakers have ever understood the multifarious nature of grief with more visual and verbal eloquence than Yance Ford, whose documentary Strong Island relates and reckons with a harrowing experience that forever marked the life of the director and that of his family. On the night of April 7th, 1992, William Ford Jr., the filmmaker’s 24-year-old brother, died outside a garage after being shot in the heart by Mark Riley, a white, 19-year-old Long Island mechanic who had agreed to fix William’s girlfriend’s car following a collision with his shop’s tow truck. (Ford Jr. agreed not to file a police report about the accident so long as the car would be repaired.) In the long, unbearable aftermath of their loss, Ford and his family were denied justice by multiple channels of power, from the police who put Riley into the back of a limo minutes after he committed murder to the district attorney’s office that refused to give the wrongful death of a young black man its fullest attention or effort to the grand jury that chattered throughout the emotional testimony of Ford’s mother, Barbara, before swiftly deciding to not indict her son’s killer. 25 years have passed since the events of William’s death, which also represented, in Ford’s words, “the death of [his] family,” whose sense of wholeness would never be regained.

Strong Island opens with a seemingly ineffable use of image and sound as the disorienting sight of an enclosed, dimly-lit space comes into view, accompanied by a series of curiously undefined banging noises that reverberate with the taut rumble of someone pounding upon the world’s tightest-wound drumhead. Though never explicitly connected, we intuit mid-film that this moment is an abstract reenactment of the moment in which Ford, then a sophomore at New York’s Hamilton College, received the shocking news of his brother’s death, upon which she immediately began to punch the walls of his dorm room. But this opening, in which the recognizable is artfully rendered unidentifiable, also lingers as a stark metaphor for the sharp, persistent pangs of trauma that ache and echo inside Ford, seldom released, forced only to rattle within. Ford doesn’t pretend that Strong Island is a remedy or that a film, no matter how well-made, can possibly ameliorate such a hurt; the sting of this loss can never dissipate nor disappear.

Ford’s memoir-like debut, a Special Jury Prize winner at this year’s Sundance Film Festival, is fiercely rooted in the painful act of remembrance and compiles a bounty of memories that continually stretches his filmmaking canvas. His elderly mother Barbara, an educator who opened a school for prisoners on Rikers Island, is positioned early on as a central subject and narrator who shares primary storytelling duties with her son. Each of them outlines the family’s history in direct-to-camera testimonies that palpably resound with misery, but not only misery. There are tender, discernible flashes of rue and joy throughout the film, particularly in its largely anecdotal early stretches, like when Barbara playfully describes her youthful courtship with Ford’s late father, William Sr., in the Jim Crow South, which led to a marriage, a northward migration to New York, and three children. These recollections are illustrated with a near-endless treasure trove of family photos, each one laid out over a brightly-lit white background, an intimate formal choice that turns the film into something resembling a cinematic scrapbook. We learn and see, through these snapshots and some eerie, newly-recorded nighttime imagery, that the family fled from Brooklyn at the behest of their patriarch, who worked evenings as a J train conductor and witnessed a sordid side of the city that he sought to conceal from his children. The family moved to Central Islip, a suburb of Long Island that lured in black families with affordable housing, which also worked to segregate them from the island’s predominantly white population.

Ford and his mother begin this story, but they are not its only communicators. Strong Island steadily broadens its rotation of speakers to include several friends of William Jr., including Kevin Myers, who accompanied William to his final destination and was later treated as a suspect by the police, despite the clear-cut circumstances of the crime to which he was merely a witness. Middle sister Lauren also shares her experiences; at one point, she movingly recounts the first time she was ever called “pretty” during her awkwardly bespectacled adolescence by none other than her insistent older brother. This scene cuts right to the essence of the full-hearted and fiercely-protective person William became at an early age, but it also reinforces the communal achievement of Ford’s film and its humbling cumulative power. Every voice is made vital to the telling of this story. These interviews were conducted and recorded across different timeframes, meaning that no two speakers are situated together, save for Ford himself when directly serving as questioner. But, thanks in large part to Janus Bileskov Jansen’s purposeful and pristinely intertwining cuts, Ford imparts the stirring sense that all of these contributors are intuitively aiding one another, taking turns and picking up the baton when the despair of a particular reminiscence is just too much to bear. Ford makes it clear that his film could not have been completed, much less made, without this united effort, and that giving voice to tragedy is an act of no small courage.

This courage is conveyed most profoundly of all by Ford, whose presence is seen and felt throughout the entirety of Strong Island. His background in performance art is demonstrated most acutely in the numerous monologue scenes in which Ford offers up his innermost thoughts, his unblinking stare fighting off sentiment even when his voice wavers and breaks. In these moments, Ford is shot in extreme close-up and cloaked from behind in pitch-blackness, as though speaking to us from the inside of a void. These scenes resonate not only for their evocative yet restrained execution (cinematographer Alan Jacobsen exerts a firm control over Ford’s formal adventurousness), but for the reflections and, specifically, the words voiced within them, making Strong Island one of the rare films to embrace the full literary possibilities of the cinematic medium, in which the images conjured inside the mind can be just as vivid as the ones seen by the naked eye.

Ford uses these spoken-word inserts to retrieve and reclaim the unjustly abbreviated life of his brother, a poet, teacher, and romantic, among so many other things, who was on the brink of becoming a correctional officer before his murder. “Pull this off and you can actually make a small chunk of the world yours,” William wrote in his diary, whose entries and poetry are read aloud by Ford, each one a work of lucid and utterly uncommon beauty. William Ford Jr. was denied his small chunk of the world, but his younger brother continues to fight for his share, as well as his own. Some of the film’s most poignant passages find Ford openly contending with his carefully-concealed proto-queer identity, indicating the pain of the queer adult (and the never-faraway queer child) who will never be fully known by the brother he loved, whose death compelled him to keep up his guard, but also to question the world around him, as well as himself. “When William died, I tried to have eyes in the back of my head,” Ford declares, before hesitating and asking himself, “Am I saying what I really mean?” This statement is paralleled by a later statement from Barbara, who observes, “We always tried to teach you guys that you see character and not color. Many, many times I wondered about how we could be so wrong.” Ford sees himsef but also those close to him with compassion and clarity, inspiring them, through his thoughtful questioning, to look at these recounted experiences with their own measure of self-inquiry, paying tribute to William by revealing themselves.

In the final minutes of Strong Island, Ford boldly inhabits William’s mindset so as to imagine his train-of-thought during his last, dying breaths, an exercise he fulfills by effectively playing his brother. A similar set-up is mounted in the climax of James D. Solomon’s documentary The Witness, in which William Genovese re-stages the infamous murder of his sister Kitty on the same streets where she was slain, with the hope that such a macabre reenactment might help him finally reach a level of personal catharsis. Only Ford can affirm whether or not his cene is meant to achieve a similar release, but its potency feels much more rooted in anguish than relief. Life may carry on and grief may gradually relinquish its hold, but death marks the introduction of an absence and a presence. Strong Island springs forth from the simple but sobering knowledge that loss is a perpetual visitor whose rough and heavy burden is weathered by those who remain. Ford carries this weight with sadness and honor, placing upon the screen a broken but resilient heart that beats at every second for the memory of a brother and a life that was meant to be lived.

Strong Island is now on Netflix.