Racking Focus: 'High Maintenance' And The Blurring Of TV Series And Shorts

What 'High Maintenance' augurs for the future of short films and anthology series. 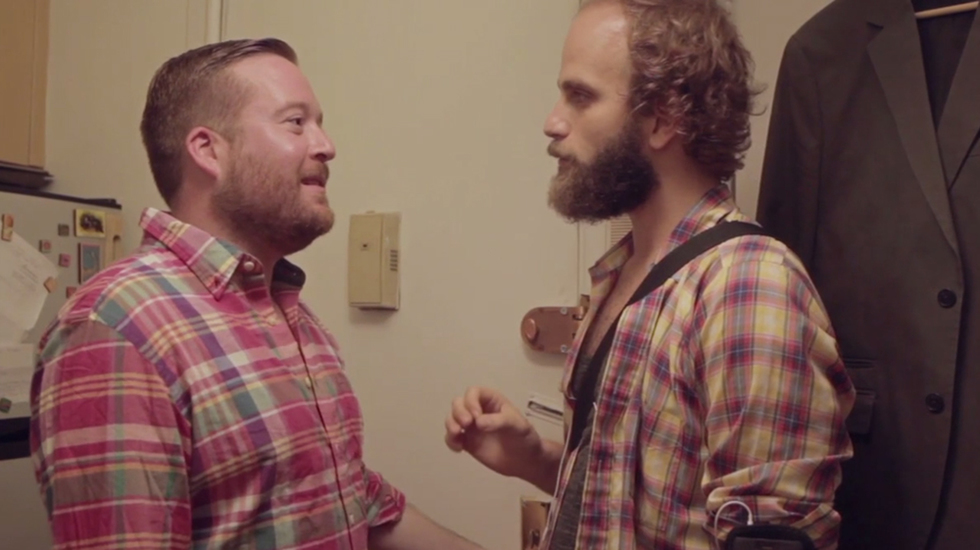 As the lines between narrative cinema, TV and web series get increasingly blurred, an anthology web series is coming into the spotlight that really illuminates the manner in which these various realms of visual storytelling are becoming conflated. High Maintenance, the first Vimeo-produced web series, is an anthology web series of sorts, insofar as it deals with one-off characters in each episode who are all united by one common thread - their weed dealer. It's technically a web series, but what it really feels like as much as anything else is a collection of short films that share a unifying narrative element. (There's a lot of press out on the series currently, whose initial Vimeo-produced season recently became available - there's a comprehensive interview with its creators at Indiewire here).

Time is a luxury in the creative fields, and so it's of great value if filmmakers can find a way to pitch stories that can be treated alternately as series and features.

What is the status of the short film in today's media environment, and what can the success of an anthology web series like High Maintenance do to shed light on the subject? The short film was initially a movie used to either inspire investor confidence in a feature-length version of the same material, or a calling card for garnering feature-length directing assignments. Its utility was that it could show what a filmmaker was capable of for a relatively cheap expenditure, since, at the time that it became of real use (the 90s), film production costs were prohibitively expensive for most filmmakers interested in making features.

Those cost barriers have not been upheld, and more importantly, the desires of filmmakers looking to break into the industry are no longer confined to the space of feature films - though making features remains a very serious and popular aspiration, of course. What's attractive about the anthologized web series, a la High Maintenance, is that it can serve as a calling card for BOTH kinds of storytelling - that is, High Maintenance can be billed as both a series and a collection of short films, which would presumably put its creators in an enviable position with respect to being qualified to make both features and series.

What's attractive about the anthologized web series, a la High Maintenance, is that it can serve as a calling card for BOTH kinds of storytelling.

Filmmakers are in an environment, currently, where TV/web series are heavily competing with feature films for their artistic efforts, and while most filmmakers are choosing to pursue one realm or another, I think as time goes on we'll begin to see a greater amount of savvy artists who will be lobbying to work in both mediums at the same time, focusing on stories that can be compressed or expanded to suit the format needs of their medium of choice. Time is a luxury in the creative fields, and so it's of great value if filmmakers can find a way to pitch stories that can be treated alternately as series and features, depending on whom they're being pitched to. High Maintenance could turn into a series with a more serialized storyline or a feature: look to this model to become increasingly common.