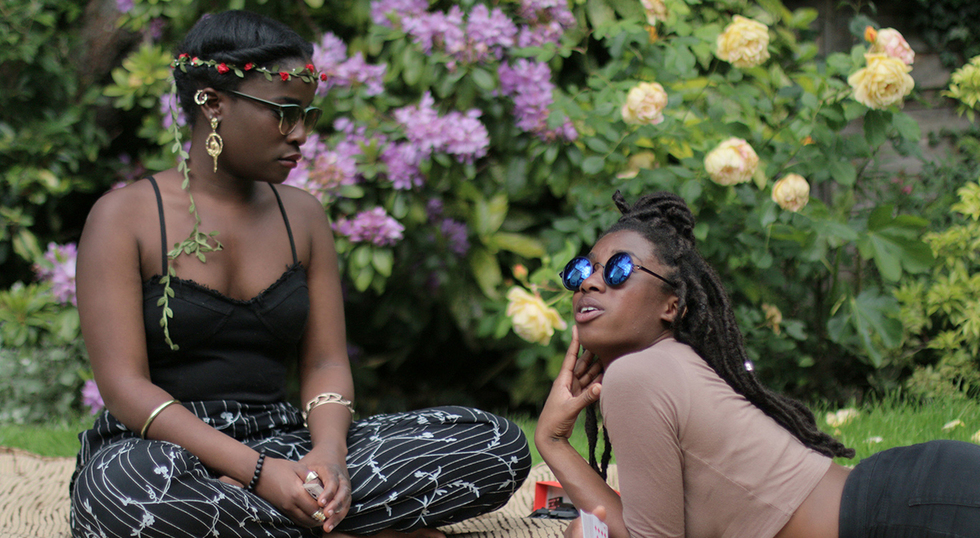 Storytelling is so much more than what goes up on the big screen. As part of Tribeca’s mission to find the freshest, most original forms of storytelling that the world has to offer, we started the Tribeca N.O.W (which stands for “new online works”) to help recognize an innovative source of new content and its creators.

In the program’s inaugural year at TFF 2014, we honored creators Katja Blichfeld and Ben Sinclair of High Maintenance, the first-ever Vimeo Original series with a six episode second season. Other acclaimed web-series and creators that were acknowledged included the acclaimed Be Here Nowish, I Hate Being Single, Claire Edmondson and Hello Cupid.

This year’s honorees for the 2015 Tribeca N.O.W program are an eclectic group of groundbreaking creators using various forms of storytelling across online platforms ranging from breathtaking animation, to imaginative web series, to documentary, and, cinematic analysis.

Though each of our 12 creators and projects are worthy of the spotlight, we’ve highlighted 5 to give you an example of what the Tribeca N.O.W program is all about.

Based partially on his own experiences, Money & Violence creator/writer/director/ star Moise Vernau set out to give audiences everywhere an authentic slice of life for African American men living and surviving in Flatbush, Brooklyn. This revelatory web series (which garnered over 5 million YouTube views in January alone) follows Rafe (Vernau) and Miz (Ray Day) as two burglars struggling against a backdrop of criminals, dealers, and citizens caught in the crossfire in a heavily policed community. Because each episode takes a week to produce, Vernau and his ensemble able to comment on real issues affecting their community, such as the fact that NYPD Officer Daniel Pantaleo was not indicted for causing the death of Eric Garner.

Chances are if you like watching Internet videos, you’re probably familiar with the hilarious Drew Droege. The talented Groundlings alum first made waves on the web with a series of videos created with Jim Hansen in which Droege impersonates actressand fashion icon Chloe Sevigny. Since then, the writer/actor has appeared in numerous web series such as Romantic Encounters, Hollywood Acting Studio, and Paragon School For Girls. Just this March, the 2nd season of the successful Funny of Die series, Not Looking (a play on HBO’s Looking) premiered, with Droege serving as both star and writer and being joined by Jason Looney, Justin Martindale, and Jeremy Shane. One of our favorite Droege roles has to be his gig as one of the most horrible people on Earth in Jordan Firstman’s The Disgustings. If you’re a fan of Droege (as we obviously are), you should check out the IndieGoGo campaign for his next project.

Based in London, David Prosser, Daniel Chester & Marie-Margaux Tsakiri-Scanatovits formed Moth Collective after graduating from the Royal College of Art. Specializing in vivid and groundbreaking animation, the trio have collaborated on and been commissioned to work on short films, PSAs, ambitious small projects and even feature length films (they did the amazing map cards for the doc, Maidentrip). Recently, the group has partnered with Global Canopy Programme on a series of shorts dedicated to safeguarding tropical forests—their short, Planet Under Pressure, was featured as a Vimeo Staff Pick.

Riveting new storyteller Cecile Emeke seamlessly moves between different narrative and documentary projects. The Jamacian-British filmmaker offers audiences—both domestic and abroad—an interesting and rare point of view on the cultural identity and experiences of African/black youths in Europe. In her visually-stunning documentary series, Strolling, Emeke walks with people and allows them to vent about issues that impact them, such as black mental health, feminism, reparations, birth control, the arts, and gentrification. We ourselves can’t stop watching Emeke’s comedy series Ackee & Saltfish which focuses on the spontaneous banter and hiliarous moments of intimate friendship between Olivia (Michelle Tiwo) and Rachel (Vanessa Babirye). You can’t shake the feeling that you’re watching the work of a budding auteur as you take in Emeke’s innovative series.

Tony Zhou
Every Frame A Painting

San Francisco based filmmaker/editor Tony Zhou is every film student’s and film lover’s best friend. Zhou is the mastermind behind Every Frame A Painting, a series dedicated to the craft of cinema—focusing primarily on film elements such as composition, lighting, color, editing and beyond. Zhou serves as the creator, editor and narrator of the series—dissecting the works of Steven Spielberg, Edgar Wright, Akira Kurosawa, David Fincher and Martin Scorsese. In addition to being an educated film scholar, Zhou manages to make his videos accessible to all audiences and delightfully digestible—you’ll wish they ran longer than their tradition 5-8 minutes. If you like Zhou’s series, you can donate and subscribe to his videos via Patreon.

The other Tribeca N.O.W honorees include The Adventures of Jamel, Bianca Giaever, Eat Our Feelings, Feminin/Feminin, You're So Talented , Zero Point and  My Life in Sourdough