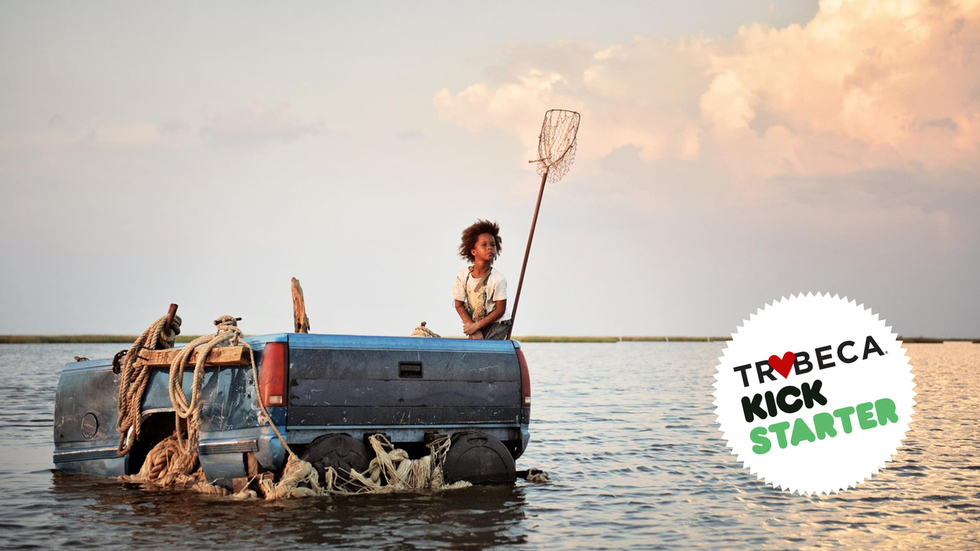 Like an unstoppable force, the indie sensation Beasts of the Southern Wild rushed over film lovers, critics, and the Academy of Motion Pictures Arts and Sciences (AMPAS) in 2012. Directed by first-timer Benh Zeitlin, and written by playwright Lucy Alibar, the dreamlike fantasy-adventure film brought viewers into the heart of a heightened New Orleans and captured a uniquely gritty sense of whimsy through the eyes of a 6-year-old named Hushpuppy, played by the Oscar-nominated Quvenzhané Wallis. The weeks leading up to the 85th Academy Awards were dominated by talk of Beasts, similar to how the entirety of 2012 were full of conversation about the film post-Sundance, where its world premiere triggered an instant buzz.

But then, just like that, the Beasts creative team went silent—except for Wallis, who's since starred in an Annie remake and played a small part in Beyoncé's recent Internet-owning music video project Lemonade. As it turns out, the film's producers, collectively known as Court 13, have been working below the radar in the Crescent City for the last three years, and now they've resurfaced with something as equally homegrown and vital as Beasts.

Last year, the production company founded Court 13 Arts, a non-profit organization based in New Orleans and dedicated to powering the local scene through filmmaking and education. So far, the Court 13 Arts members have worked out of "an abandoned squash court, an egg factory refrigerator, a bayou gas station, and a defunct school building," but none of those locations have been stable enough to sustain their ongoing operations. Which is why they've launched a Kickstarter campaign to fund a brand-new, 25,000-square-foot headquarters. The goal is to reach $68,000 by Thursday, May 26; as of May 2, it's at $22,400.

Per the Kickstarter page, "Beasts was successful because we met new people (a baker, musicians, fishermen, children) and together worked to create something beautiful. Court 13 Arts is our big effort to expand this process and grow our family… Court 13 Arts will work to remove barriers to innovation, equalize access to resources, and support artistic collaborations across disciplines and identities. We are acquiring a permanent headquarters to help artists realize their ideas by facilitating creative partnerships; providing channels of support through access to exhibition spaces, materials, and tools; and creating a global platform that will bring their adventurous art directly to the public."

Among the organization's many plans on how the headquarters would benefit New Orleans' film community, two particular initiatives are the most intriguing. First is the Court 13 Arts Residency Program, which will "will seek and identify artists, performers, and makers and provide them with the resources, opportunities, and platform to develop into emerging creative talents. As a commitment to Louisiana and the Gulf South, every round of our residencies will include at least one artist who is a native resident of the Gulf South." The second is the Always for Pleasure Festival, "a singular celebration combining elements of film and music festivals with the bacchanalian spirit of Carnival," which takes place in November and focuses on original projects backed by Court 13.

It's also worth pointing out that the campaign offers some excellent donation-based rewards, namely what'll be given to people who pledge $20 or more: digital downloads of two never-seen-before short documentaries about the making of Beasts of the Southern Wild. The all-access films were shot during the film's 2011 production by Court 13 filmmaking siblings Bill and Turner Ross, who just premiered their latest feature-length doc, Contemporary Color, at this year's Tribeca Film Festival.

And now it's your move. Here's the chance to be a part of the next Beasts of the Southern Wild.

See what Court 13 is capable of by revisiting the film's trailer here:

To support Court 13 Arts, head over to its Kickstarter page and donate. And once you've done that, check out (and back!) other Kickstarters we love here.