The "Queen of All Media" joined the cast of OWN's newest original series for a screening and in-depth conversation. 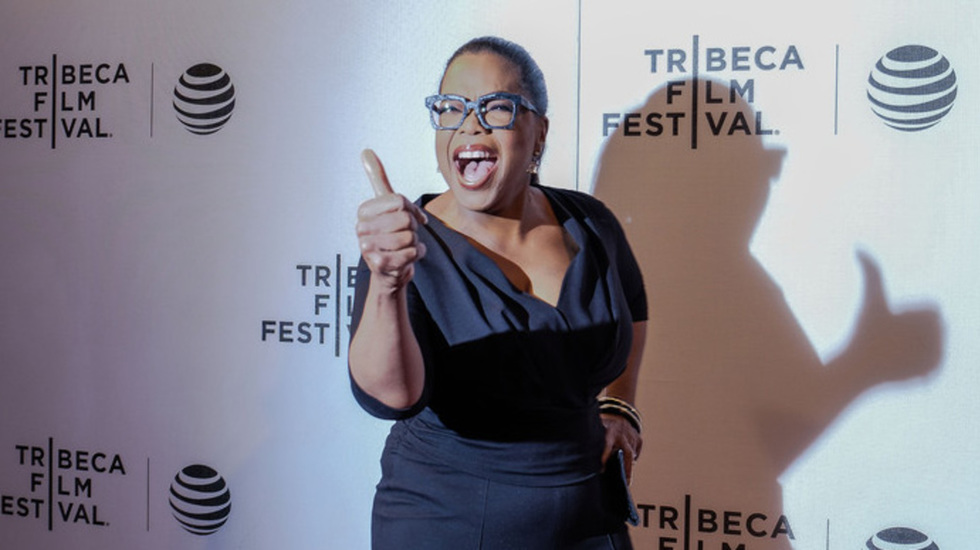 Throughout the 2016 Tribeca Film Festival so far, filmmakers and actors have shared many inspiring "A-ha!" moments. At yesterday's premiere screening and Q&A for the new OWN original series Greenleaf, there were plenty more.

None other than Oprah Winfrey, who executive-produces and co-stars on Greenleaf, led the conversation. She discussed what drove her to make the series. "We all love a good story," said Winfrey. "In order to really move people, we have to connect to people's hearts, showing people new ways of seeing themselves and the problems and dysfunctions we all have. Doing this show is a dream come true." As if the John Zuccotti Theater @ BMCC was a church, several audience members loudly expressed their agreement; one even yelled, "That’s why we love you!"

Created by Craig Wright and directed by Clement Virgo, the Memphis-set series, which will premiere on OWN in June, delves into the secrets and lies surrounding the fictional Greenleaf family's prominent African-American mega church, Greenleaf World Ministries, led by the charismatic and conniving Bishop James Greenleaf (played by Keith David). Greenleaf's pilot follows Bishop Greenleaf's daughter, former preacher Grace (Merle Dandridge), as she returns home after 20 years to attend her sister Faith's funeral. The cause of Faith's death is a mystery. When Grace arrives, her mother, Lady Mae Greenleaf (Lynn Whitfield), tells her to not come "sowing seeds of discontent" in her home. Grace sheepishly responds, "Nice to see you too, mama."

"When I first saw the script, I was completely compelled to it," said Dandridge. "I felt like I knew this world and these people. It's speaking to a lot of the questions a lot of us have in our hearts. We are searching for how to express ourselves spiritually these days, especially if [we] have been wounded by the actual institution of the church. People are looking for their way of getting into God."

In a standout scene from Greenleaf’s first episode, set at the family’s dinner table, Grace's sister-in-law, Kerissa Greenleaf (Kim Hawthorne), asks her, "What do you believe, Gigi?" That question seems to fuel the entire series. A trailer screened after the premiere showed that, as the series progresses, Grace will wrestle with unearthing the truth surrounding her sister's death. "What I keep telling people about the show is, it's not a soap, and it's not a sermon," said Wright. "It's a story about a woman who returns home because she misses the family and faith she left behind. It's a story about a lost faith and an attempt to get it back by setting things right, and about all the challenges and obstacles that come in your way when you try to fix the system."

The deeply spiritual show doesn't shy away from the issue of police violence against African-Americans, either. Winfrey makes her return to acting as Grace's favorite aunt, Mavis McCready, and anchors a scene that director Virgo described as "a movie star entrance." In it, Winfrey's Mavis warns Grace over the telephone that protestors have blocked the main road in town because "some cop shot another child." It's the latest example of black TV families in 2016 aiming to reflect the full weight of the realities of black life.

Near the end of the post-screening conversation, Whitfield said at first she thought "there was nothing there" in the script. Then she was allowed to read scenes from episodes beyond the pilot, and thought, "Oh, now I see why you want me to do it." Wright told Whitfield that Oprah wanted her to do the show. "You were the only person I wanted to do it," Oprah said to the actress. Whitfield responded with, "Isn't that an honor?"

"You were the only one," Oprah intoned, exaggerating her voice.

"This is a story we have not seen on television," concluded Whitfield. "This is not a story [solely] about racial problems or financial difficulty. I loved that it was just so eloquently written and how it speaks about belief and how you [fight] through getting to the truth."

Watch Oprah and her fellow castmates' Twitter Q&A from the Festival: