The cast and crew of History's ambitious miniseries remake brought an episode to Tribeca ahead of its official Memorial Day premiere. 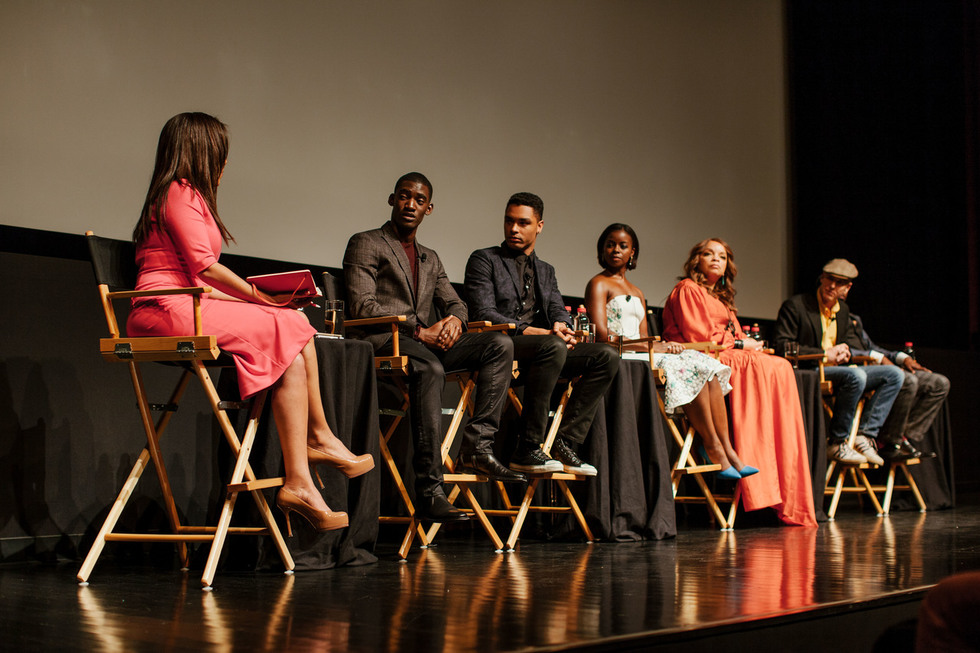 Like the original 1977 television adaptation of Alex Haley's Pulitzer-Prize-winning historical novel, History's Roots follows one black family over seven generations. The lineage begins with Kunta Kinte (played by newcomer Kirby), who's captured in his homeland of Gambia and sold into slavery by a rival tribe; from there, the story tracks the lives of Kinte's descendants in America, all the way down to Haley himself (who's played by Laurence Fishburne). Roots shines a light on the brutal history of a country where an entire race of people grew out of chattel slavery, carried on traditions, formed legacies, and have ultimately endured.

"Alex Haley was like a godfather to myself and my siblings and a part of our lives," said Mark Wolper, whose father produced the original miniseries. "I inherited the legacy of this project. For many years, broadcasters said, 'Let's do Roots again.' I resisted it until now because I was afraid of the challenge, walking in my father's shadow, and the social environment of what's going on in America today and what [Roots] might or might not represent." Wolper changed his mind after showing the original series to his 16-year-old son.

Will Packer added, "The opportunity to be involved in this project scared me to death. It scared me as a black man in America today who has kids and empathizes with the younger generation that fights against the system of oppression and screams out that their lives matter. My concern and fear was how it was going to be perceived by that audience. What I realized was that there's a whole generation out there that think that they know this story, who they are, and where they come from, but I don't know if they have really embraced the fact that their ancestors had courage and that they are direct descendants of warriors in Africa who survived."

The new series' first episode portrays the harsh realities of the voyage that took Kunta Kinte from Gambia to Annapolis, Maryland. The men, women, and children are shackled and constantly berated. While they're on the ship, a steward says to one of the captured black men, "Don't look at me, monkey," before clubbing him. The narrative's ship scenes show men dying and a woman trying to commit suicide by jumping overboard before she is raped. "I know when my cargo goes bad," says the captain, before cutting off Kunta Kinte's uncle Silla's arm in front of the others.

The pilot also shows the ways in which the slaves resist and fight for their freedom. Fiddler (Forest Whitaker) steals soap from the plantation's Big House so Kunta Kinte can wash himself. Kinte plans elaborate schemes and tries to escape from the plantation twice. On the voyage to America, the slaves plan a revolt and attempt to seize the ship and gain their freedom.

During the Q&A, Hostin asked Kirby where he drew inspiration from to portray Kunta Kinte. "I did research on the culture," responded the young actor. "Simple things like the way that they sat and the way they would greet an elder in the village. In terms of the actual journey that Kunta Kinte goes on, to be honest, I had no idea how to prepare for that. I still don't. It's epic, to say the least. To be honest, my main form of preparation for that was prayer."

Hostin then asked what Roots' message is for young black men today. Kirby's answer: "Our history does not begin at slavery," which prompted loud applause from the audience. "That's the main point of focus I would like a black man to see when he watches this, and also to be proud of his ancestry," added Kirby. "It is not a negative thing to be African. Those people who were enslaved were not weak."