Looking for a film podcast to enlighten and entertain you while you walk or drive, but don't know where to start? Consult this list! We promise: no duds. 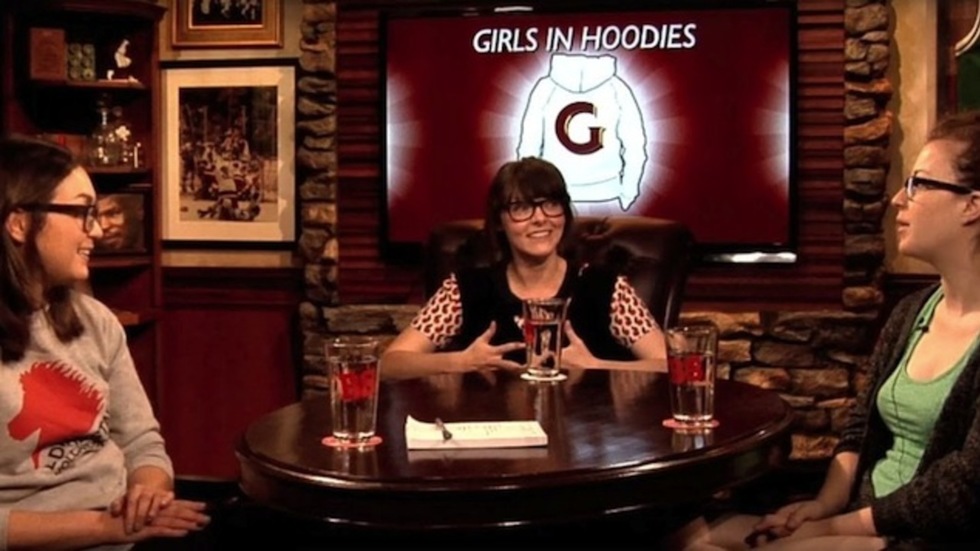 The Business is one of the few podcasts out there expressly focused on what those in Hollywood call, well, “The Biz.” A KCRW program, The Business is helmed by Kim Masters (editor-at-large of the Hollywood Reporter) who also conducts another weekly podcast with John Horn called The Hollywood Breakdown  (this one works through top stories at the L.A. Times).

The Business is divided into two parts: in the first, Masters runs through (usually with John Horn) what’s buzzing in The Biz, and the second focuses in on more specific news items (usually an interview or a feature story). The podcast covers not just film but the entertainment industry at large, including television and technology. Masters is especially good at following through in her interviews, picking up where other interviewers might not think to go.

Where to start: I really enjoyed Masters' interview with Ben Affleck specifically about his comeback as a respected director with Argo (the episode is titled “Ben Affleck’s Career Resurrection”). It's candidly about what it means to be unfavorably branded in Hollywood, and its consequences on a career trajectory.

Film podcasts generally fall into either the category of analysis or interview, and even at that you’re left with a vast swatch to choose from. Analyses can leave one wanting—are the speakers not saying anything you couldn’t have thought of yourself, or are they simply boring? (Watch out for podcasts that exceed an hour! For the most part this does not bode well!) But even for interviews—when half of the cast should promise you something you couldn’t get from, say, chatting with a friend—it can still prove disappointing.

One thing podcasts have taught me is that interviewing is hard—much harder than a good interviewer makes it seem, and that’s saying a lot when one is interviewing Hollywood players. Elvis Mitchell is one of the good interviewers. He’s incredibly knowledgeable, but also inviting and un-self-congratulatory (as many interviewers, unfortunately, tend to be). His (also KCRW) podcast The Treatment speaks with one guest (actors, directors, writers, cinematographers, producers, showrunners!) per episode. Mitchell also has a great laugh.

Where to start: The Treatment is often interested in innovation, and especially illuminating was Mitchell’s conversation with Louis C.K. about his past work as well as current successes with self-distribution model and his TV series Louie.

Podcast culture is still, unfortunately, fairly male-centric (just like Hollywood!), making Girls in Hoodies all the more crucial. Part of the Grantland Network, Girls in Hoodies is Molly Lambert, Emily Yoshida, and Tess Lynch gabbing TV, film, and celebrities. The podcast title communicates a casual vibe—and it’s true, Girls in Hoodies is spiritedly conversational—but it also offers a good dosage of real talk. (Just recently, Lambert reminded us of Hollywood’s conservatism, despite its desire to be perceived as progressive.) Girls in Hoodies is still relatively new, but it’s already going places most other pop culture podcasts don’t. I agree with Anne Helen Petersen: “I like that they talk about things that are kind of random—they spent like an hour talking about Kimye. I like that a few weeks ago they talked about those people who think they're animals.”

Where to start: For our interests, I’d recommend their conversation about “The Great Gatsby 3D and the State of the Cinema,” after Soderbergh’s speech at the San Francisco International Film Festival.

A few times a month, Dana Stevens (of Slate) will invite a guest to chat about a recent film. Sometimes they’ll have attended the screening together, but they try not to talk about it until recording the podcast. The guest is often an aficionado of the franchise or director in question, and the most fun is when Stevens and her interlocutor disagree. It’s often surprisingly funny, and Stevens is always a delight.

Where to start: Recently, David Plotz and David Haglund (two guests!) joined Stevens for an insightful discussion about Before Midnight.

Movies on the Radio

David Garland’s is a solo-podcast, every Saturday night at 9:00 pm. (Sometimes Dana Stevens will live-tweet it, but you can always listen later on your own time.) Movies on the Radio is less talk than most—though when Garland discusses or introduces the music, it’s always informative! Instead, we get creative groupings of usually older, but often timely soundtracks (for instance, last week was “The Music of Superman Through the Years”; and the week before, “Classic Insect Movies, Creepy and Crawly”. Especially for those who would rather discuss film than hear it discussed by others, Movies on the Radio is stimulating in an entirely different way. Also, Garland has perfect late-night radio voice.

Where to start: Some of the best soundtracks are identified by being evocative, and this couldn’t be more true of the music found in Hitchcock’s films. “The Thrilling Sounds of Late Hitchcock” will immediately throw you back into those terrifying worlds.

As its name suggests, PCHH is more pop culture than film focused, but by now it’s almost impossible to discuss the former without touching on the latter. Headed by Linda Holmes (of NPR’s Monkey See), PCHH is a weekly round-table discussion that is both inviting and eclectic. It’s clear that the four speakers adore one another, and the podcast is an example of how one can disagree productively. Instead of always zoning in on specific texts, PCHH also group their conversations around more general ideas: taste, binge-viewing, sequels, road narratives, and lots of TV talk.

Where to start: Each episode is a different mix, but I quite liked this one on the return of Mad Men season 6, saying goodbye to Roger Ebert, and the unreliable narrator.

I love a podcast with a good gimmick, especially when it’s related to food. The Dinner Party Download has it all: bad icebreaker jokes, etiquette advice from a guest, a themed cocktail relevant to the episode, and a celebrity interview. While DPD doesn’t brand itself as a film podcast, the guests and interviews are usually from the entertainment world. My favorite part is when hosts Rico Gagliano and Brendan Newman ask at the end of interviews: “What question are you tired of being asked?” and “Tell us something we don’t know [either about you or the world].” The answers are often surprising.

Where to start: On the tail of Frances Ha, try this episode featuring a fairly candid Noah Baumbach.

Another pop culture podcast that hosts its share of industry people. Kurt Andersen is a great interviewer, and I recommend his recent conversation with Michael Shannon:

No one really interviews like Marc Maron, whose frank demeanor generates conversations that are now notorious for their therapy-like atmosphere. WTF hosts a lot of comedians, but also film and TV people (obviously these categories aren’t exclusive to each other). At the end of Maron’s recent chat with Noah Baumbach, he says to listeners: “I want more film directors! Can I get more film directors, please? I find it very compelling.” Word.

Where to start: Mike White participated in many, many interviews near the close of Enlightened season two, but the most illuminating conversation was definitely the one with Maron.

For those who are looking for more analysis, I recommend Filmspotting and The Flop House, which are sort of perfect polar opposites. Filmspotting features serious in-depth film analyses, often paired with recommendations (top 5 black and white films, top 5 credit sequences, top 5 overlooked films etc.). Flop House features hilarious in-depth takedowns of bad movies, while still managing to be illuminating (the hosts often go down rabbit holes and end up citing from their encyclopedic knowledge of films). Everyone is very smart. During bouts of insomnia, I listen to Filmspotting and it never puts me to sleep. And The Flop House is almost funny enough to have on while at the gym.