Zac Efron and Dave Franco channel two of our co-founder’s most famous characters in the latest Seth Rogen comedy. 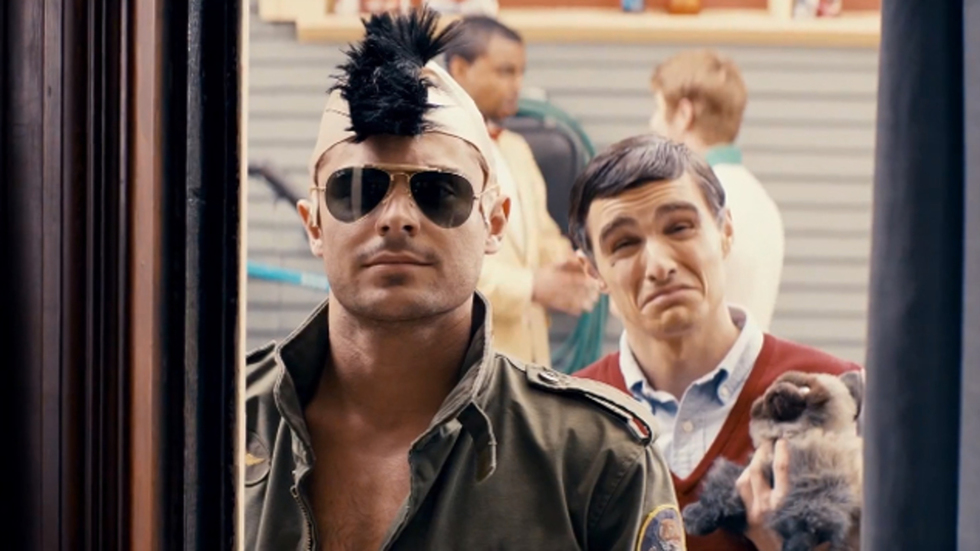 “Welcome to the darkness, bitches.” Neighbors, one of the year's most anticipated comedies, hits theaters this weekend! Directed by TFF alum Nicholas Stoller (The Five-Year Engagement), Neighbors stars Seth Rogen and Rose Byrne as a couple with a newborn who enjoy their peaceful neighborhood until a rowdy frat moves in next door.

A battle ensues between the new parents and the menacing Delta Psi Beta brothers led by frat boy nightmares played with aplomb by Zac Efron and Dave Franco. The movie looks downright hilarious and includes what appears to be a “Robert De Niro” theme party, with Efron and Franco doing their best Travis Bickle and Jack Byrnes impressions. Even Jinxy Cat makes an appearance!

Who will come out on top? Go see Neighbors, in theaters today, to find out!