TV's zombie blockbuster returned for its fourth season premiere on Sunday night. We've tracked down the cast in their upcoming feature-film projects. 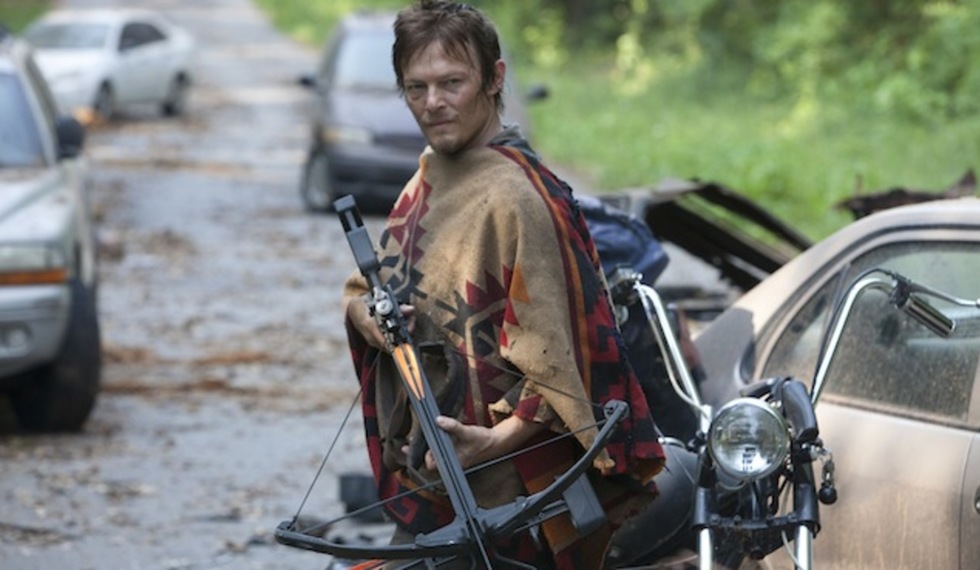 AMC's The Walking Dead dusted itself off from its devastating third-season finale to return for Season 4 on Sunday night. With a cast this talented, we're always looking for as many excuses to watch them in as many venues as possible, and lucky for us, many of them have some great feature projects upcoming. Here's a look at where you can find them soon:

Norman Reedus
Reedus plays unlikely fan favorite on The Walking Dead, and he'll be making it to theaters very soon in (it just so happens) the 2013 Tribeca Film Festival entry Sunlight Jr., opposite Naomi Watts and Matt Dillon. He's also set to appear in Pawn Shop Chronicles, from director Wayne Kramer, who made the very trashy and underrated Running Scared.

Lauren Cohan
The woman behind Maggie has been all over the TV grid, but next year, she'll join the cast of Reach Me, from the writer/director of 2 Days in the Valley.

David Morrissey
He'll be back to wreak havoc, no doubt, as The Governor. You can find him on DVD now from this spring's VOD release of Welcome to the Punch, opposite James McAvoy and Mark Strong.

Chandler Riggs
Having grown up on the show as hardened child-soldier Carl, Riggs has really had quite the education. Next year, he's set to co-star in the Stephen King adaptation Mercy, opposite Dylan McDermott and Mark Duplass.

Danai Gurira
The woman behind badass Michonne got stellar reviews on the film festival circuit for her lead role in Mother of George as a Nigerian woman dealing with family problems in Brooklyn. The film is playing in limited release right now. Up next, she'll be in writer/director Chris Rossi's Lives of the Saints, opposite Tom Wilkinson, Olivia Thirlby, and Maria Bello.

Scott Wilson
The acting veteran is onboard for the rumoured sequel to the inventive cult horror film Behind the Mask: The Rise of Leslie Vernon.

Michael Cudlitz
New to The Walking Dead this season is TV veteran Cudlitz, who is fresh off of the critical success of Southland. On film, he's set to join Walking Dead co-star Norman Reedus in Pawn Shop Chronicles.

Kyle Gallner
Another newbie this season, Gallner -- who you may remember from films like Jennifer's Body and the remake of A Nightmare on Elm Street -- can be seen in the punk chronicle CBGB, and next year he'll star in Courteney Cox's directorial debut Just Before I Go.