If you miss the stars of Breaking Bad, no worries: here's where you can find them at the movies this year. 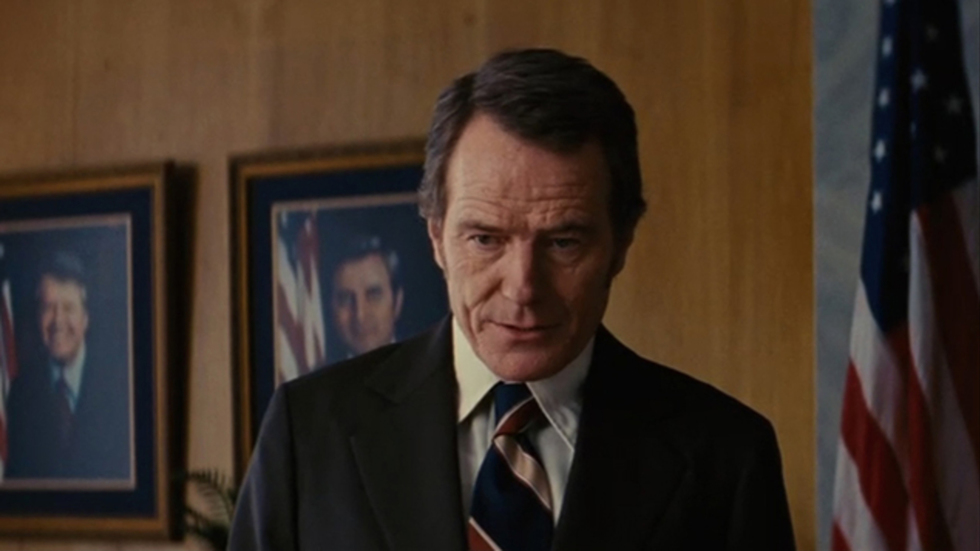 With it's final eight episodes ready to blow our minds starting this Sunday, enthusiasm for Breaking Bad is at an all-time high. But before we know it, it'll be gone, and what becomes of its fantastic cast members then? Lucky for us, casting directors have been gobbling them up for film roles left and right. Here's a quick guide to where you can find them in a theater near you.

Bryan Cranston
The Emmy-magnet behind Walter White has beem an increasingly steady presence in mainstream cinema for a couple years now, appearing in acclaimed movies like Drive and Argo. Upcoming, he's in Get a Job, the new comedy from director Dylan Kidd (Roger Dodger), co-starring Anna Kendrick, Miles Teller, and Alison Brie. He'll be in the crime thriller Cold Comes the Night with Alice Eve. And in 2014, he'll be going the summer blockbuster route with director Gareth Edwards's crack at Godzilla.

Aaron Paul
Aaron Paul has spent almost six years making Jesse Pinkman one of the best characters on TV, and with last year's Smashed, he dipped his toe into the indie-flick waters. Coming up, he's got the Nick Hornby novel adaptation A Long Way Down, where he plays one of four strangers -- along with with Pierce Brosnan, Toni Collette and Imogen Poots -- whose lives intersect on New Year's Eve, when each of them are planning suicide. He'll join Poots once again -- along with Dominic Cooper and Michael Keaton -- for Need For Speed, yet another entry in the suddenly-hot "professional racers and crime" genre.

Dean Norris
Hank may or may not break the Heisenberg case wide open this season, but Dean Norris will at least head into the fall knowing he's in one of the most anticipated movies of the season. Ridley Scott's The Counselor, written by Cormac McCarthy, has been getting buzzier and buzzier, with its latest trailer featuring both sexy Cameron Diaz and a sexy cheetah.

Bob Odenkirk
With a Saul Goodman spinoff series in the works, Odnkirk is poised to ride the Breaking Bad thing out a bit further. He can also be found in theaters now in the rather lovely The Spectacular Now. He's also part of the cast of Alexander Payne Nebraska, opposite Will Forte and Bruce Dern.

Jonathan Banks
The man behind the gruff (but secretly lovable!) Mike will be starring alongside Danny Trejo in the extremely pulpy-looking Bullet.

Charles Baker
If "What will become of Skinny Pete?" isn't the foremost of your questions going into the final season, I don't know what to do with you. And just so you don't spend the whole movie agonizing, when you end up watching Ain't Them Bodies Saints, that's Skinny Pete playing the shadowy bad guy.