Congratulations To All Tribeca Alumni Nominated For NAACP Image Awards! 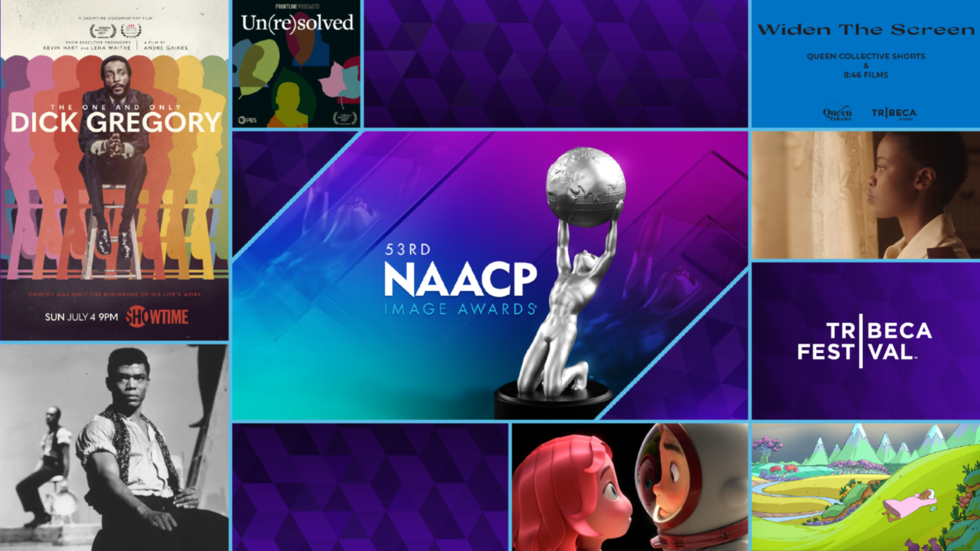 We're excited to announce that a number of works that have premiered at Tribeca Festival 2021 have been nominated for the NAACP Image Awards. In addition to being part of the larger festival, the projects were also featured as part of the festival’s inaugural Juneteenth program celebrating Black creators and culture. The NAACP has recognized several Tribeca associated films thanks in part to Tribeca’s efforts to provide inclusivity for filmmakers, actors, and other storytellers.

Tribeca places great importance on providing a platform for Black creatives as well as other communities of color. Tribeca’s inclusiveness of marginalized voices allows for richer, more diverse content that expands viewers’ understanding of other cultures and prods us to examine our own culture.

The nominees are as follows:
Outstanding Short Form Series or Special – Reality/Nonfiction
Widen the Screen: 8:46 Films

Outstanding Directing in a Documentary (Television or Motion Picture)
The One and Only Dick Gregory, director Andre Gaines

The recognized impact of these titles only further solidifies Tribeca Festival’s vision for both quality and inclusivity.

Signup for more updates from Tribeca