Viola Davis and Denzel Washington are Finally Getting Their FENCES Film 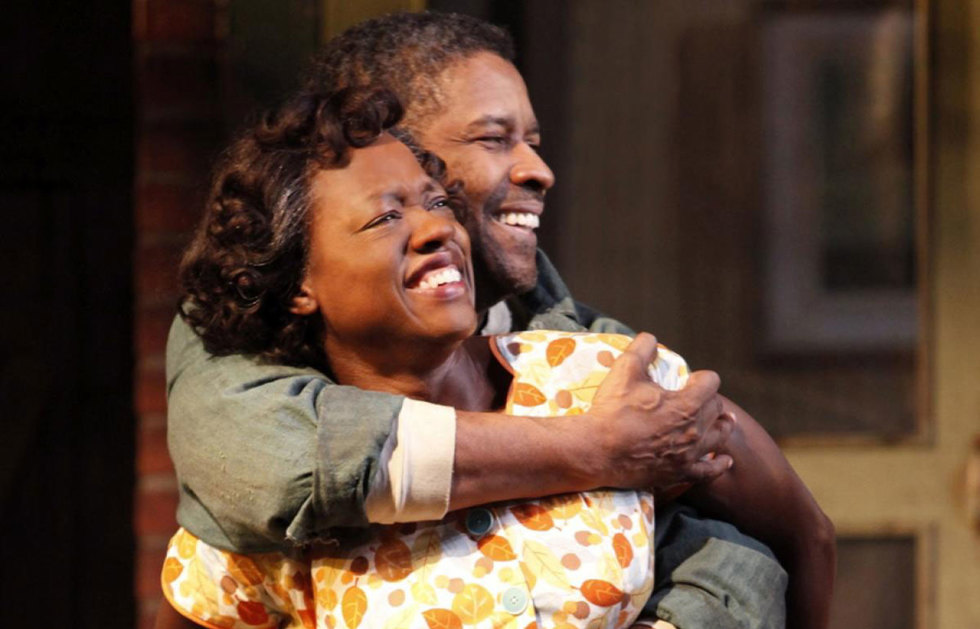 File this one under "Development News That'll Now Allow Me to Die Happy."

August Wilson's landmark 1983 play Fences is finally — finally! — making its way to the big screen. And it gets better! According to a recent New York Times interview, Viola Davis, the endlessly-appealing, Tony-winning star of the highly-acclaimed 2010 revival who remains one of our greatest living actresses in any medium, is set to reprise her role as Rose, long-suffering wife of the forbidding former baseball star Troy Maxson, in a feature film directed by the production's leading man and Davis' close friend Denzel Washington. (No official word yet on whether or not Washington is set to reprise his award-winning performance or if the production's mega-producer Scott Rudin is shepherding the project, but surely this needs to happen.)

Rumors of a Fences film have been brewing for years since the 2010 production proved to be a critical and box office bonanza, although one has to wonder if such a pedigreed, Pulitzer-winning play would have had to languish so long in development had it not been written and centered around individuals of color. Let's not forget that this play has been around for over thirty years, whereas fellow Pulitzer companions like John Patrick Shanley's Doubt, David Lindsay-Abaire's Rabbit Hole, and Tracy Letts' August: Osage County had to wait no more than five years to see their stage-bound stories make it into cinemas. It's hard not to summarize a baffling delay like this as ingrained industry prejudice, but then again Fences is the first Wilson work to be adapted for the big screen. Lloyd Richards' adaptation of The Piano Lesson starring Charles S. Dutton and Alfred Woodard only made it as far as CBS in 1995. It remains, shockingly, the only one of Wilson's plays to make it to the screen.

Set in 1957 Pittsburgh, Fences is the sixth and arguably most beloved play in Wilson's groundbreaking, ten-part "Pittsburgh Cycle," which acutely, imaginatively, and courageously documents the many facets of black life in America throughout the twentieth-century with both cultural specificity, multigenerational viewpoints, and unlaundered observations. The familial, marital, and spiritual drama of Fences promises to make it a crackling film, but Davis' involvement further ensures that it'll be a fiercely-acted one as well. (Case in point? This video.)

Wilson, a creatively indispensable and boldly contentious luminary of the American theatrical community who passed prematurely in 2005 at the age of 60, is long overdue for proper screen treatment. In a dream industry, all of Wilson's plays would make the leap to film. Let Phylicia Rashad reprise her 285-year-old Aunt Ester in Gem of the Ocean, Whoopi Goldberg revisit her title role in Ma Rainey's Black Bottom, and the entire cast of the second-to-last Wilson revival Joe Turner's Come and Gone remount their sterling 2009 production on the big screen! There are so many cinematic possibilities and so many neglected diamonds in Wilson's incredible canon. There has never been a more apt cultural moment in time to unearth these texts for millennials who might not even know the name August Wilson outside their high school English classrooms, or have any idea about his reputation as a patron saint of African-American artistic expression. The daring and distinctive works of this profoundly-missed writer deserve to be further explored by our most gifted black talents and further discovered by the wider audiences that movies enable — without compromise, delay, or limitations.