Home » Tribeca News » Under The Hood: 'The Drop' and Retrospective Payoffs
View All News

Under The Hood: 'The Drop' and Retrospective Payoffs

'The Drop' illustrates an elegant way to reward a repeat viewing. 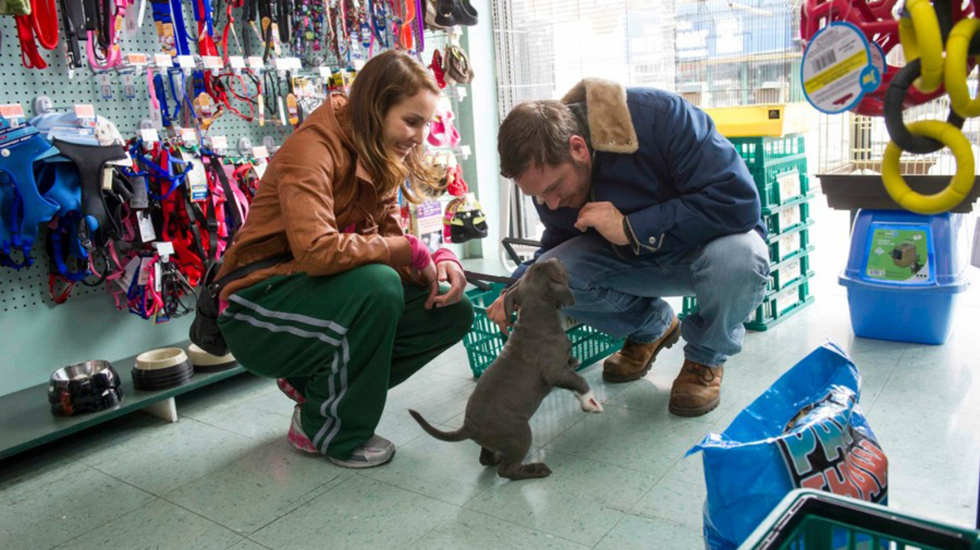 All screenwriters are familiar of the idea of "payoffs": that every element introduced into a screenplay should, ideally, pay dividends to the viewer at some later point in the film, by coming to hold some significance. Nothing should be in the script without a reason; if two characters are making what seems like small talk at some juncture in the film, why not imbue that small talk with a thematic or some other kind of relation to the larger narrative? There's nothing to lose by packing a bit of extra resonance into what seem like down-beats in the musical structure of the film.

One kind of payoff can be particularly rewarding: it's the idea of the retrospective payoff. This payoff—used memorably in The Sixth Sense—functions only when a viewer looks back at something that they thought they understood earlier in the film, but now realize that they only could understand fully after the film is over. For example, in The Sixth Sense (is there anyone left to spoil this for?), viewers are compelled to watch the film again because of the impressive use of a retrospective payoff - upon realizing that Bruce Willis has been dead the whole time, viewers are forced to rethink every previous scene in the film in a different light. Does he really not interact with anyone other than Haley Joel Osment for the entire film? What about that dinner scene with his wife, where she's upset with him? The payoff works in retrospect, as the viewer reexamines all that they thought they understood, but now realize an added layer of depth is present.

It's only for the careful viewer who recalls it that the retrospective payoff is rewarded, but it's the kind of subtle detail that distinguishes great storytelling.

Such a payoff is also at work in The Drop, the new gangster thriller with Tom Hardy and James Gandolfini, in his last film role. (Spoilers follow - don't read on if you haven't seen the movie!) In the opening scene of the film, Hardy's bartender is pouring out a round of drinks for a group of guys watching a basketball game. Nothing unusual there. And Hardy tells the guys that the round is on him - again, nothing too strange, the guys are clearly regulars. After buying them the round, Hardy heads over to chat with Gandolfini, who manages the bar, and Gandolfini remarks that Hardy is sentimental. Still nothing too odd. Only later, at the end of the film, do we realize the full significance of what's happened in this opening scene.

Through a particularly labyrinthine plot, we come to learn that the men at the bar were grieving over a friend who died years earlier; at the end of the film, we learn that the friend was in fact killed by Hardy, a secret that no one knows except Gandolfini. By this point in the film there's been so much complication and so much elegant misdirection by screenwriter Dennis Lehane that the opening scene is a distant memory, but as one walks out of the movie theater, it is recalled, and all of a sudden a scene that never raised any questions must be seen in a completely different light, and the guilt Hardy's character feels is made markedly pronounced in retrospect. Because that opening scene raises no questions - it seems totally perfunctory, a simple setup that establishes Hardy is a bartender - it doesn't persist in our memories. It's only for the careful viewer who recalls it that the retrospective payoff is rewarded, but it's the kind of subtle detail that distinguishes great storytelling.