Home » Tribeca News » Under The Hood: 'A Most Violent Year' as Simple, But Not Simplistic
View All News

Under The Hood: 'A Most Violent Year' as Simple, But Not Simplistic 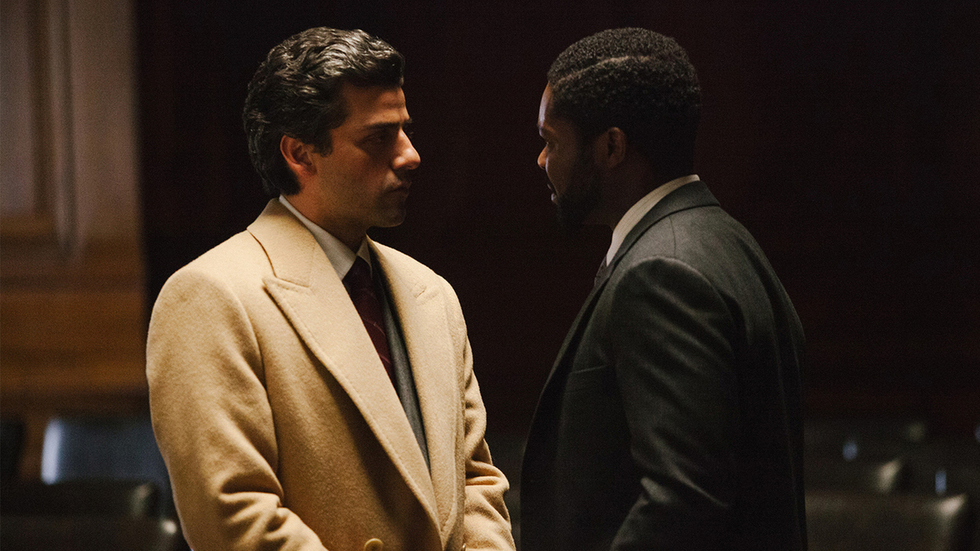 I've always been a fan of the aphorism that movie narratives should be "Simple, but not simplistic," even though it's taken me some time to fully grasp its sophistication. The maxim came to mind after I recently saw J.C. Chandor's latest, "A Most Violent Year," a gripping crime drama that stars Oscar Isaac and Jessica Chastain as Abel and Anna Morales, the heads of a heating oil business. Set in 1981, the film portrays the married couple's attempts to successfully grow their business against the adversity posed by attacks from thugs who may or may not be in the employ of their competitors.

What struck me about the film's narrative was that it managed to epitomize the aforementioned maxim in such a clear fashion. The film's overarching storyline deals with various minutiae in the heating oil industry - costs of shipping and storing the oil, optimal placement of distribution centers, etc. - yet while it delves into the industry to a high degree of specificity, it never feels like a complicated story. The various reasons Abel's company gets into hot water are presented in their full complexity - drivers are getting held up and so they need to carry handguns, but legal handgun permits cannot be readily supplied; the DA is investigating the company, and the company's accounting practices exist somewhere in a gray area - but this complexity never turns A Most Violent Year into a convoluted tale. The story itself remains a simple one: it's a story of a married couple trying to run a business as best as they can in the face of the various complications that arise as they become more successful. In other words, the story is simple, but not simplistic.

"Simple, but not simplistic" is an adage that becomes most helpful if we understand it as referring to two different components of narrative storytelling. The word "simple" here refers to the mechanical aspects of storytelling, while the word "simplistic" refers to the theme. The thematic terrain of A Most Violent Year - maintaining one's morality (the couple's surname is no accident) in the face of business challenges that make it increasingly difficult to play by the rules and still win - is anything but simplistic; rather, it's a clear-eyed portrait of why major success in capitalism so often finds itself running into ethical gray areas. Thematically, the film isn't making a judgment call on its characters' behavior, and this further adds to the complexity and nuance of what Chandor is exploring. It's complex, not simplistic. However, the story itself - and the manner in which it is delivered - is simple. Abel and Anna are trying to grow their business, but the more they try to grow it, the more problems they run into. That's simple. It's not simplistic, because it doesn't reduce the narrative to a realm that feels dumbed-down, but it is simple enough to be easily understood, regardless of how complex the ethical problems it presents are. Being able to draw this distinction between storytelling that is mechanically simple and thematically simplistic is a huge aid to filmmakers trying to tell complex stories in a clear fashion.