What The Interview's VOD success means for future blockbusters-on-demand. 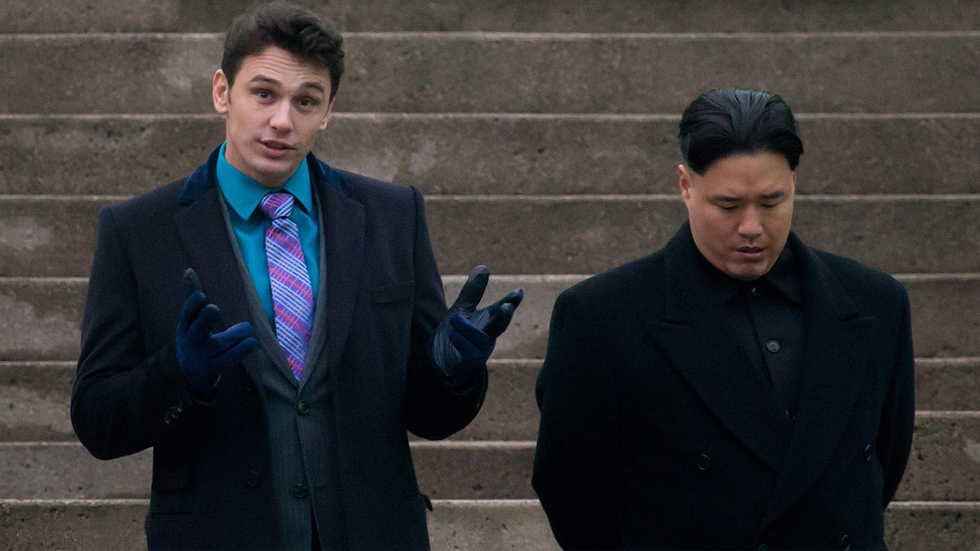 A few weeks ago, I speculated in this column about the possibility that The Interview would be given a day-and-date VOD release, and posited that it could potentially open the door for Hollywood to grasp the power lying within the day-and-date theatrical-and-VOD model. I was right. As Deadline recently reported, The Interview has already raked in $31 million from VOD sales, making it Sony's most successful VOD title of all time - and that's only a few weeks after release. What's next?

First off, plenty of pundits will point out the fact that The Interview isn't exactly a normal case study in distribution, with all the buzz surrounding the film and its last-minute release arrangements. That's true, but for all the patriotic Americans who bought the film because of the political brouhaha it was enveloped within, there was certainly a few who withheld from buying it for fear of having their credit card info hacked, in light of the devastating Sony hack that was linked to the film's release. All that is to indicate that basically, The Interview's VOD numbers benefitted from hype to a certain degree, but its release can't be considered to have been much more hyped than, say, the release of a new James Bond movie or a Star Wars sequel.

So where does that leave things? With The Interview likely to recoup its costs sooner or later (when, exactly, that happens depends on how Sony's various revenue splits work and how much of the VOD revenue came from Sony's own site offering a download of the film), studios seem poised to start seriously thinking about providing big films with VOD releases. And why not? The Interview has made $5 million from a limited theatrical run, playing in art house cinemas - if it had been out in the major chains, it would have made far more, and who knows if its VOD numbers would have been cut into all that badly? The VOD numbers may have only had, say, a 50% falloff, but that lost $15 million in revenue would likely have been made up for by the larger theatrical release.

I think the next hurdle for Hollywood will be determining how to cut down their marketing costs. On a blockbuster film, marketing costs - according to Steven Soderbergh - tend to run to around $75 million, and this can be a figure that makes a lot of people nervous. But with a day-and-date blockbuster release, some of those marketing spends may be able to shift to the internet in a fashion that significantly lowers the overall cost of the marketing spend. If this gets worked out, we may see big films get distributed for a cheaper price, with the result that blockbuster day-and-date releases become standard.