'Better Call Saul' and The Future of Spinoffs

What the success of AMC's Breaking Bad spinoff signals for future series and new media channels. 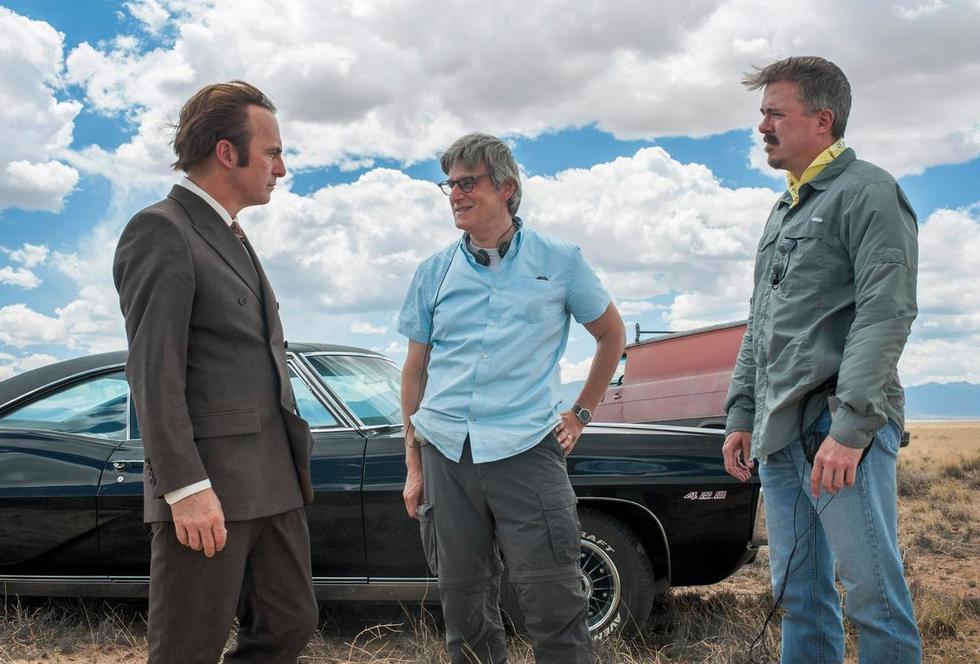 Once upon a time, the idea behind a spinoff was a relatively simple one: take a popular character from a popular series and give them their own series. We've seen it done over and over again, sometimes with successful results (Frasier), sometimes without (Joey). But AMC's Breaking Bad prequel Better Call Saul reflects that a new kind of mentality has taken over in the ever-evolving realm of television programming - an approach that is more expansive and forward-thinking than previous spinoffs have explored.

Breaking Bad, of course, requires no introduction - the intense, gritty series, which played more or less like a white-knuckle thriller doled out over 50-odd edge-of-your-seat hours. But with Better Call Saul, AMC has taken a new direction. Rather than spinning off to centrally focus on one of the series' tough, volatile characters, the network (along with creator Vince Gilligan) decided to elevate  the comical, sleazy lawyer Saul Goodman, played with comic brio by Bob Odenkirk. The combination has proved successful. Better Call Saul, a prequel set six years before the events depicted in Breaking Bad, debuted to the highest ratings of any cable series ever, and in the weeks since its premiere the show has displayed no signs of losing popularity. Yet while Breaking Bad was lauded as a first-rate thriller, Better Call Saul lives in a notably different genre. It's clearly not a straight comedy series (though the producers did consider making it in a half-hour comedic format initially), and it's not a study of a psychopath in the manner of Breaking Bad.

The thrill of watching Breaking Bad came from observing Walter White’s descent into psychopathic madness, a journey that tracked him from mild-mannered chemistry teacher to all-powerful drug kingpin. So far, Better Call Saul ­is a portrait of a far quirkier character, complete with comic relief. When we meet him, Saul is a down-on-his-luck attorney barely scraping by, taking public defender gigs and trying to scam money from potential clients in whatever way he can. The series’ pilot opens with an explosive bit of dark  humor, with Saul defending three teenage boys to a jury, by explaining “We all do stupid things when we’re young”; it’s only after that spirited defense that we see a videotape of the boys’ transgression: they broke into a morgue and had sex with a cadaver’s head. This sort of gag would never have made it onto Breaking Bad, but Gilligan adventurously decides to open Better Call Saul with it. In a later episode, we see Saul hilariously surprise a family on the run from the law by opening the flap of their tent and exclaiming “Here’s Johnny!” in full Jack Nicholson-esque flair. It’s the sort of gag that would feel wildly out of place on Breaking Bad, but has established itself as central to the tone of the new show.

What’s exciting about a spinoff like Better Call Saul is that, as the world of television storytelling keeps rapidly evolving – many of the “rules” surrounding how each series used to have to fit into a narrow genre specification are fading away. As Andy Greenwald of Grantland recently put it on Twitter, “…The best dramas – Mad Men, Orange Is The New Black, Better Call Saul – are often among the funnies things on air.” Breaking Bad was an incredible series, but comedy is one terrain it never breached (except, of course, for the scenes with Saul himself).

There's no question that the TV space is far more innovative currently than it's ever been, and TV viewers' expectations and tastes have reached as-yet-unseen levels of elasticity. If the success of Better Call Saul is any indication, spinoffs need not mimic their predecessor series so closely any longer. This opens up some exciting new possibilities when one considers the future of serialized programs, on TV or the web.

It's beyond dispute that TV is no longer the only medium in which serialized content can have an audience - web series are increasingly gaining in cultural currency, as the success of Vimeo's High Maintenance indicates. While Better Call Saul isn’t on a different platform from Breaking Bad, its success indicates that perhaps, in the near future that content producers might present various versions of the same story on various platforms. Why? Because if a network has a popular, adult-oriented program on TV, might it not choose to spin that series with a web-only second series that was aimed more squarely at teens? With spinoffs no longer constrained to mimic their origin series so closely and mobile devices holding prominence with different demographics, we may see networks start to engage new audiences. This is an exciting prospect for fans of complex storytelling worlds on TV, who may get to see the universes of their favorite series expand in unexpected directions - as the Breaking Bad fans now have.