Under The Hood: 'The Congress' & Kubrick's Non-Submersible Units 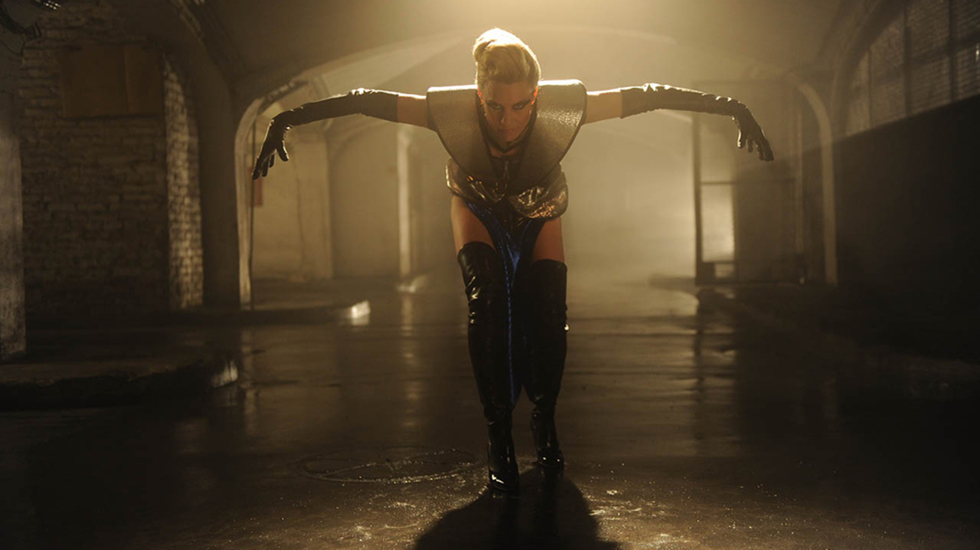 Stanley Kubrick once famously stated that a film's narrative structure need only be comprised of 6 to 8 "non-submersible units": that is, 6-8 sequences that function independently of one another, with their own beginnings, middles, and ends. These sequences can function on their own, but when placed in order together in a narrative film, what one ends up with is an entire narrative that draws its strength from the fact that the audience is forced to draw connections between the various units.

This is apparent in all of Kubrick's films, but perhaps 2001: A Space Odyssey is the best example. That film, of course, opens with the "Dawn of Man" sequence, then deals with astronauts discovering the monolith on the moon, and only then gets to the unit that most people associate with the film—the journey of astronauts Dave Bowman and Frank Poole on a mission navigated by their ship's computer, HAL. These units have no connections in terms of character or even, all that specifically, narrative, but they are placed alongside one another and therefore the audience draws connections between them to construct the film's larger narrative.

It's a powerful device that filmmakers interested in exploring broad swaths of time (and theme) would do well to examine.

I was reminded of Kubrick's pronouncement when I saw Ari Folman's ambitious and striking new film, The Congress, over the weekend. Folman's film offers a strong example of the manner in which a filmmaker can push the envelope on one's narrative conceit via Kubrick's idea, so that the film can avoid having to dwell in one narrative unit for the whole film. I'll explain. The film concerns an actress, Robin Wright (playing a fictionalized version of herself), who, in the near future, is presented with an offer by a movie studio: give the studio the exclusive rights to Wright's image in all media, via a CGI simulation that will be done of her—so her virtual avatar can be digitally manipulated to "act" in whatever the studio wants—and Wright will be compensated well (though she'll never be allowed to act again). The film's first 35 minutes or so concern this situation, exploring Wright's concerns about the offer, as well as the reasons she may choose to accept.

Rather than resting in an in-the-pocket, simple exploration of one question, Ari Folman chose to turn his film into a grander portrait of a woman trying to find her way in an increasingly hostile world.

Typically, this would serve as the entire basis for the film, which would end with the resolution of the question: will Robin strike the deal with the studio? Instead, that question is answered at the end of the first act—in the affirmative —and then the film jumps 20 years into the future, to examine the new world that has sprung up amidst the new media landscape in the US. Here, the film takes a great leap into true sci-fi dystopia, and even becomes animated for a significant section.

The point is, rather than resting in an in-the-pocket, simple exploration of one question, Folman chose to turn his film into a grander portrait of a woman trying to find her way in an increasingly hostile world. The second section is only somewhat related to the first, but true to Kubrick's idea, the audience is able to follow along by connecting the sections thematically. It's a powerful device that filmmakers interested in exploring broad swaths of time (and theme) would do well to examine.