Home » Tribeca News » Under The Hood: 'Interstellar' and Preparing Contrast
View All News

Under The Hood: 'Interstellar' and Preparing Contrast

The first act of 'Interstellar' is a, well, stellar example of using context to enhance awe. 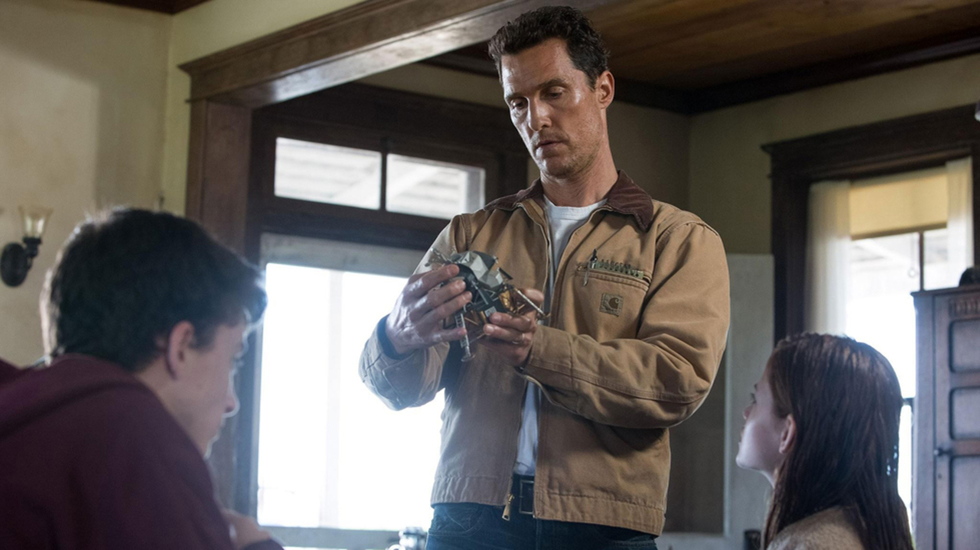 Interstellar clocks in at just under three hours, an atypically long running time for mega-blockbuster Hollywood fare these days (or, frankly, any film), and so it follows that there are going to be some structural anomalies with respect to how its storytelling functions. Anomalies, of course, are often rife with teachable material, since the deviation from the norm can expose weaknesses within the structures that we take for granted. Such is the case with Interstellar's opening act.

Interstellar's opening act, which is set in the rural community in which its protagonist lives with his family, lasts approximately 30 minutes (I wasn't checking my watch during the gripping picture's run time), which, to some, might feel a bit long - but I would argue that those who object to the amount of time Christopher Nolan spends before rocketing us into outer space have probably been watching too many contemporary Hollywood movies, of the 90-minute variety especially. Once upon a time, in the so-called "Golden Age" of Hollywood (1930s through 1950s), the role of the first act was to establish a world and the characters (and motives of those characters) within it. The first act would typically end with the inciting incident of the film. As audiences have become more sophisticated, able to read visual information faster, films have cut down on the set-up time significantly: now, most Hollywood films have the inciting incident within the first eight minutes, and the audience is thrust into the film's conflict with much greater speed. Often, this is perfectly fine, but in Interstellar's case, there's something deeply pleasurable about having the time to luxuriate, for a bit, in its farmland-set opening.

As audiences have become more sophisticated, able to read visual information faster, films have cut down on the set-up time significantly.

The pleasure, ironically, is only fully grasped later on in the film. It's the sensation of being prepared for something by contrast. In the world of cinematic storytelling, something's meaning or value is often indicated by showing contrast. For example, a movie about a helpless dweeb who can't get a date might open with a suave operator whom women find deeply irresistible. Nolan uses this kind of contrast in a deeply effective manner in Interstellar: the more time he spends on earth, the more awe-inspiring the characters' journey feels. Since we've been with our protagonist, Coop, on earth at his farm for an extended period of time, since we've grown accustomed to seeing him in that setting, the visual effect of seeing him in outer space is profoundly disorienting and thrilling - as it must be for Coop himself. If Nolan had opened the film with Coop preparing to launch into space - as the average filmmaker surely would have done - the truly insane nature of his quest into outer space would be lost because it wouldn't have been communicated by visual contrast. An effective lesson any filmmaker looking to create awe on behalf of the audience should heed.