The new film from the director of BIRDMAN has something in common with Kubrick’s BARRY LYNDON, which screens in New York City this weekend. 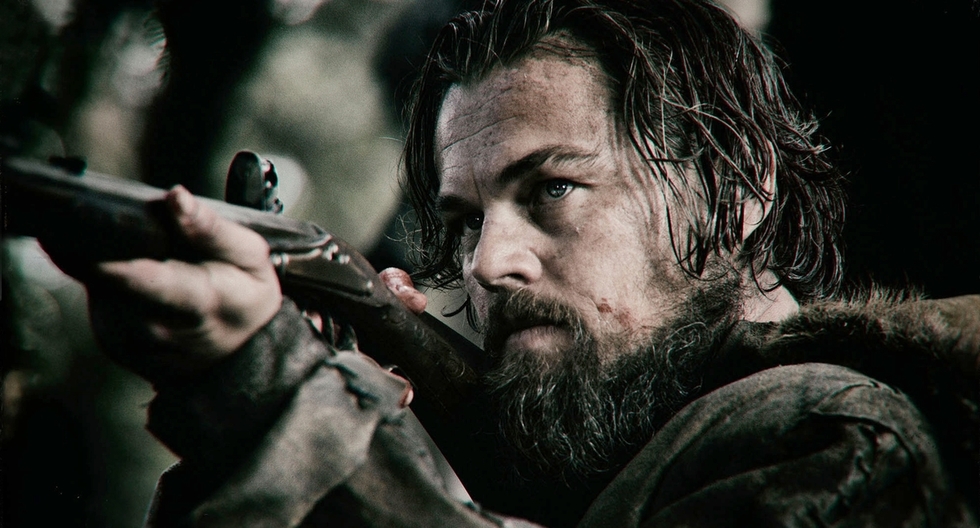 Leonardo DiCaprio in THE REVENANT (2015). Photo by 20th Century Fox.

Chewbacca-loving fanboys can have their Star Wars: The Force Awakens—for arthouse regulars, it'll be all about The Revenant this December.

Directed and co-written by recent Academy Award winner Alejandro González Iñárritu (Birdman), The Revenant, opening on December 25, has an additional built-in, ready-for-Oscar pedigree through its cast, a fully bearded Leonardo DiCaprio and an unrecognizable Tom Hardy. (Fun fact: The Revenant is why Tom Hardy had to drop out of Suicide Squad, leading to Joel Kinnaman's casting in DC Comics' 2016 blockbuster.) DiCaprio plays a grizzled fur trapper whose travel buddies (led by Hardy) double-cross him and leave him for dead, which sparks a vengeance-fueled rampage across the wilderness of the 19th century American West. It’s an adaptation of author Michael Punke’s 2003 book The Revenant: A Novel of Revenge, which Punke based on fur trapper Hugh Glass’ crazy real-life story.

Clearly a glutton for both self-punishment, as well as a forward-thinking visionary, Iñárritu kept the ambition he injected into last year’s Birdman intact while making The Revenant. His bizarre psychodrama starring Michael Keaton was famously pitched as one continuous two-hour sequence, but with his DiCaprio collaboration, Iñárritu has one-upped himself. Forgoing the traditional use of electric lighting, Iñárritu boldly shot the entirety of The Revenant using only natural light. Those nighttime shots seen in the trailer? Indeed, they’re all captured underneath the actual night's sky without any moviemaking trickery.

And to effectively present the wilderness in all its scenic beauty without the help of multiple light bulbs, cinematographer Emmanuel Lubezki used a brand-new camera system, the Alexa 65. Lubezki's no stranger to natural lighting—a frequent colleague of Terence Malick's, Lubezki used the same bulb-free approach in his enigmatic director pal's films The New World and The Tree of Life. The Revenant seems to have more in common with the former, though it's a super-charged variant. Technically speaking, the Alexa 65 combines a huge 65mm-sized sensor wide-frame-compatible Hasselblad 65 primes. In layman’s terms, the Alexa 65 system makes The Revenant’s woodland setting look and feel alive to degrees that will make National Geographic photographers cry while hanging up their cameras for good.

Those artistic choices didn’t exactly make things easy for Iñárritu, though. The shoot took nine months, mainly because Iñárritu’s decision to use natural lighting left him at Mother Nature’s mercy. Not to mention, The Revenant’s subject matter is heart-attack serious and knife-to-the-throat intense. "Those locations are so gorgeous and so powerful, they look like they have never been touched by a human being, and that’s what I needed," Iñárritu told Deadline in February. "The light is very reduced here in winter, and we are not shooting with any electrical lighting, just natural light. And every single scene is so difficult—emotionally, technically."

The Revenant, as audaciously exciting as it is, isn’t a complete trailblazer. Forty years ago, the almighty Stanley Kubrick did pretty much the same thing with actor Ryan O'Neal that Iñárritu has done with DiCaprio. The latter half of Iñárritu's quote there could’ve been said verbatim by Kubrick while discussing Barry Lyndon, the iconic director’s sprawling period drama about a fictional 18th century Irish adventurer’s rise from poverty to riches. Kubrick’s challenging 1975 film will screen twice this weekend at NYC’s Anthology Film Archives, lending The Revenant’s teaser a nice bit of unintentional timeliness.

At 187 minutes, Barry Lyndon is an epic butt-number, an immersive character study that mercilessly moves at an opium-laced snail’s pace. But spending three hours in Kubrick’s Barry Lyndon’s universe is infinitely rewarding. Ever the painstakingly detail-oriented perfectionist, Kubrick nailed every visual facet of the story’s 1700s aesthetic; slow-moving pullbacks from close-ups make the film’s superbly costumed actors resemble the most lifelike Renaissance paintings imaginable. Martin Scorsese, one of the film’s biggest fans, once said about Barry Lyndon, "I knew it was a costume piece, but I’d hoped [Kubrick would] take the quote 'costume piece' someplace else, and he took it back in time."

Much of Barry Lyndon’s remarkable naturalism stems from how Kubrick shot the film, wherein lies its direct connections to The Revenant. Kubrick utilized a then-new camera known as Mitchell BNC, which he rigged up with NASA Zeiss 50mm lenses, which were catnip for Kubrick. A one-time still photographer for Look magazine, Kubrick nerded out on the latest camera innovations of his era, yet his choice to use the Mitchell BNC wasn’t just to show off—it enabled him to film Barry Lyndon’s castle interior sequences using only the lights from the candles on the set.

In some scenes, Kubrick used as few as three candelas, which resulted in an atmospheric brightness that was about 45 times less luminous than a 25-watt light bulb. The results are genuinely beautiful, as if the viewer’s somehow snuck into an English castle and able to spy on the characters due to their inability to see beyond the candle-lit area. You are what's in the shadows.

Despite its impressively naturalistic filmmaking, Barry Lyndon is hardly Kubrick's most-talked-about film. Horror fans endlessly praise The Shining (1980), an equally obsessively constructed masterwork whose scariness remains undiluted 35 years after its release, and which has inspired the dynamite conspiracy-theorist documentary Room 237, a disorienting 90-minute testament to the mystique surrounding Kubrick’s refusal to ever really discuss his work. Science fiction heads, meanwhile, swear by the singularly head-scrambling 2001: A Space Odyssey (1968), and film lovers of all varieties will rank A Clockwork Orange (1971) and Full Metal Jacket (1987) on their Best Movies of All Time lists.

Barry Lyndon, however, regularly gets buried beneath those films, perhaps due to its glacial pace and general lack of flash. It’s the dull-seeming history textbook you'd pass up on a bookshelf in favor of the crazier-looking genre novels. There's no way in hell Kubrick could've ever cut a trailer as thrillingly awe-inspiring as The Revenant's teaser, though not for a lack of effort:

There’s no better time than now, though, for Barry Lyndon to become as ubiquitous as The Shining or A Clockwork Orange. Come 2015’s fourth-quarter, Iñárritu’s The Revenant will undoubtedly dominate awards-season conversations and debates, and Emmanuel Lubezki’s name will be labeled a "shoe-in" for Best Cinematography nominations and, perhaps, eventual victories in that category. It’s "natural lighting" will be a major talking point, and many will hail The Revenant as being revolutionary because of that. Knowledgeable film buffs, though, will point back to what Kubrick accomplished 40 years earlier. If Iñárritu is on his A-game during The Revenant’s press rounds, he’ll directly reference Barry Lyndon’s candle illumination.

And if you've already seen The Revenant, you owe it to yourself to visit Barry Lyndon and see how Kubrick set the precedent for the now-51-year-old Iñárritu back when he was just a 12-year-old boy dreaming of becoming his hero.