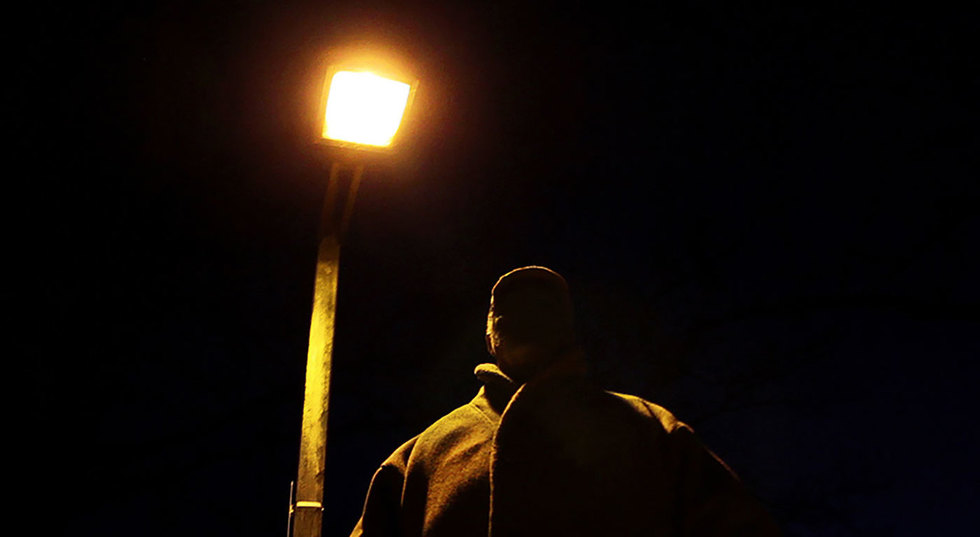 Supported by the Tribeca Film Institute All Access Program, these award-winning directors raised $61,695 earlier this month to ensure a commercial premiere and will make its debut at New York City's IFC Center on Wednesday, October 7th.

Recipient of a richly-deserved Special Jury Prize at this year's Sundance Film Festival, (T)ERROR takes as its subject Saeed "Shariff" Torres, a 63-year-old FBI informant whom these first-time filmmakers covertly follow from Brooklyn to Pittsburgh while on undercover assignment to befriend a potential Taliban sympathizer, earning the film's unusual but bravely-earned distinction as "the first film to ever capture an FBI sting."

As Cabral and Sutcliffe conduct their separate, top-secret investigation without the permission of Torres or the FBI, (T)ERROR quickly reveals itself to be documentary filmmaking at its most dangerously insinuating, a real-life, boldly-architected thriller that's like Homeland come to life, while nonetheless offering an even more unrestrained and wildly unprecedented look at fraught, post-9/11 surveillance within a country that's both under threat and over its head in paranoia.

(T)ERROR dismantles the deeply-ingrained dualisms of "terrorist" and "defender," challenging our baselines assumptions and embedding itself as a disturbingly trenchant cinematic analysis that may speak more to our current state of affairs than any other film — or work of art — you'll see this year.

Learn more about this unquestionable must-see (including premiere dates and screening opportunities) through (T)ERROR's official website.