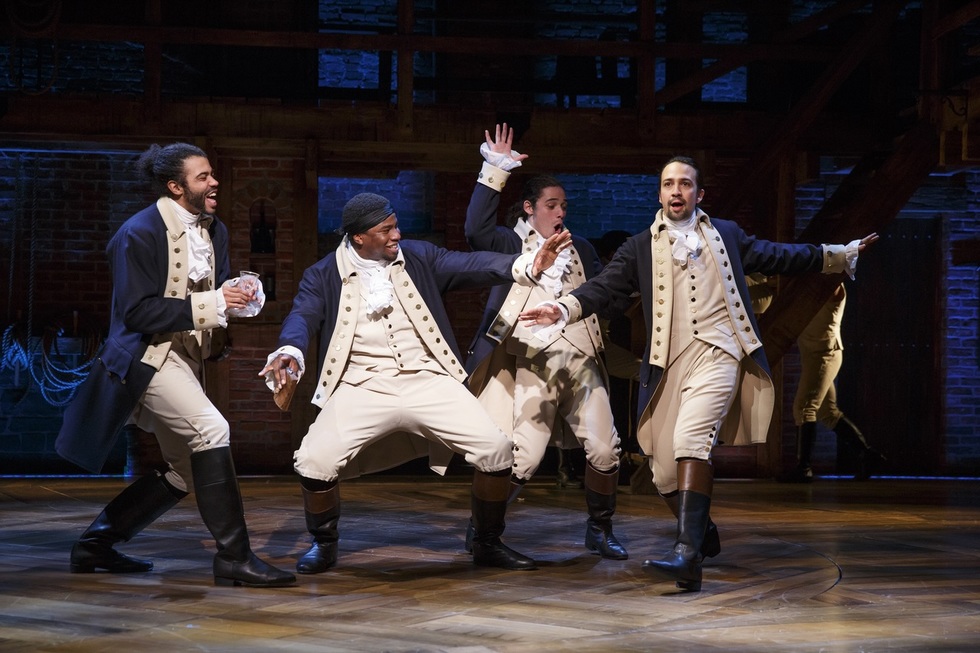 This unprecedented fusion of hardcore hip-hop and incisive American history (premised around the life and times of founding father Alexander Hamilton) is ideal listening material for those who own both The Chronic and the original Broadway cast soundtrack of 1776, and everyone in between. Manuel-Miranda's talk of the town is also a revolution unto itself, pushing the American musical into newer, wider, and more diversified horizons and becoming — almost inarguably — the most important project to hit Broadway in years.

And that's all you need to know.

Start listening and prepare to be wowed by Manuel-Miranda and his eclectic cast of creative and charismatic actor-singers-rappers, without the intrusion of any serial-texting pop icons. Pretend that you, too, have experienced this cultural phenomenon until affordable tickets finally free up, which should probably occur some time around January 2021.

In the meantime, listen away!