Daisy Ridley's Rey and Carrie Fisher's elder Leia aren't the only badass ladies worth seeing on the big screen this weekend. 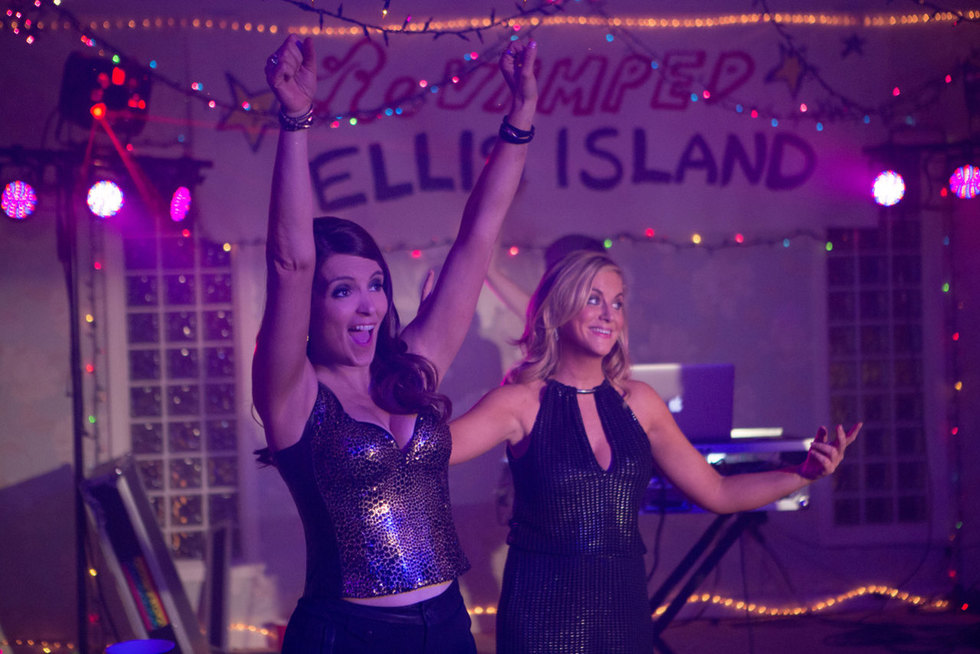 The biggest surprise about Tina Fey and Amy Poehler's Sisters is how shamelessly lowbrow it is—seriously, there's a scene where Fey takes hilariously vulgar selfies while standing next to a giant penis that’s been drawn on a wall. Which feels right at home with an earlier scene where her on-screen counterpart calmly listens to a musical toy's soothing music as the object is rammed inside a guy's rear-end. Sisters knows its juvenile and runs with it, emulating the self-aware zaniness seen in Will Ferrell-led buddy movies like The Other Guys and Step Brothers, but with a twist. What makes Pitch Perfect director Jason Moore's lovably silly romp so progressive is that, before now, this kind of potty-minded comedy has been reserved for the fellas. Those days are ancient, chauvinistic history.

With a screenplay by Saturday Night Live and 30 Rock writer Paula Pell, Sisters unabashedly repurposes the bro-humor handbook for its female stars. There's booze, drugs, sex, more booze, and more drugs—if Bridesmaids was the gender-reversed answer to Judd Apatow's movies, Sisters is Todd Phillips' cinema with estrogen. Proudly owning their middle-aged womanhood, Fey (who'll be at the 2016 Tribeca Film Festival) and Poehler play siblings who couldn't be any more different from one another—Fey, having a blast while playing against type, is the directionless partier, while Poehler tightens up as the neurotic do-gooder. They share an unexpected bond, though, when the sisters' parents (Dianne Wiest, James Brolin) decide to sell their childhood home in Florida, drudging up nostalgia and the desire to throw one last big-deal party inside the house, like the ones the sisters used to host in high school.

Once all of the rest of their class' now-40-year-old graduates show up, which happens before the film's midway point, Sisters settles into its Project-X-for-housewives vibe. Moore's film benefits greatly from the fact that it's basically an excuse to watch real-life best friends Fey and Poehler, two of the funniest people in the world, have the time of their lives while delivering two hours' worth of knowingly dumb fun. Like any other 120-minute comedy, Sisters is overlong and has as many flat-lined jokes (many coming from co-star Bobby Moynihan's obnoxious coked-out character) as there are laugh-your-ass-off scenes, including a scene of culturally divided name pronunciation between Poehler and Girls' veteran Greta Lee.

Even as it sluggishly trudges towards its finish line, Sisters can't help but delight. Fey and Poehler are having so much fun playing in Will Ferrell's and Danny McBride's beer-filled sandbox that submission is unavoidable. It's tough to focus on a film's multiple flaws when it also features a scene where Tina Fey and Amy Poehler dance together to Snow's "Informer," finger guns and all.