Even though it’s cold outside, we’ve got summer on our minds. You can help Rooftop Films continue to provide one of the finest (and unique!) movie-watching experiences in NYC. 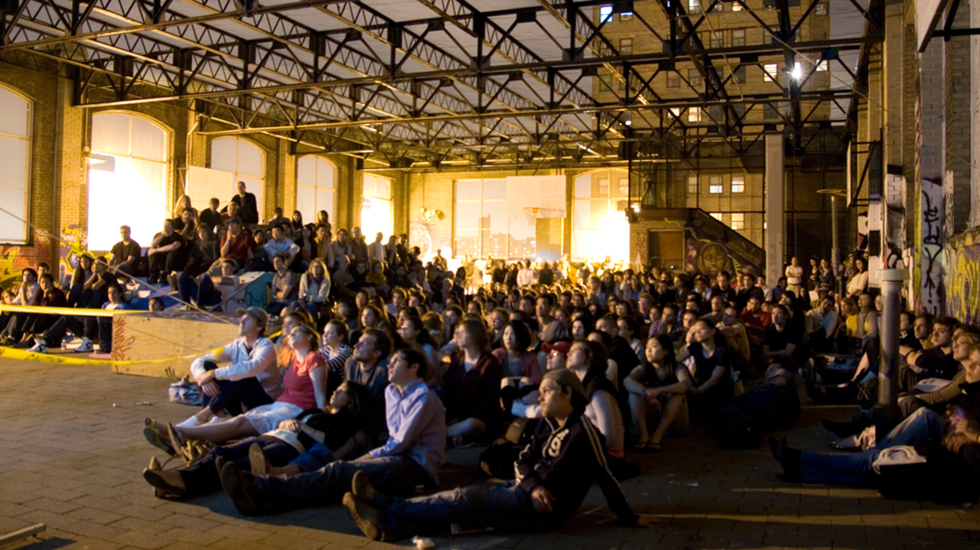 There’s no better way to spend your summer than with our friends at Rooftop Films. For the past 19 years, the organization has provided a showcase for new and emerging filmmakers through its  carefully curated programs. Movie fans and culture vultures naturally flock to the series and we are proud to be among them. However, institutions like Rooftop Films cannot endure and thrive without dedicated and continuous support from their communities and film lovers like you. For Rooftop to continue to bring exciting indie features and docs to NYC audiences, additional funding is imperative, which is why they’ve taken to Kickstarter.

Though it is their Summer series that has a special place in our hearts (3 TFF alumni screened this past year alone), Rooftop Films also offers year-round support for filmmakers through their Rooftop Films Community Fund and Rooftop Filmmakers’ Fund. Rooftop uses these resources to provide thousands of dollars in grants to up-and-coming filmmakers whose work they have previously highlighted  to assist them in completing their next projects.

In addition to the inherent benefits that come with supporting Rooftop Films, backers of the Kickstarter campaign will receive some awesome rewards! Along with Rooftop 2015 Summer Series memberships and tickets (at all various reward levels), contributors will receive wonderful merchandise that has been donated by New York indie staples like A24 Films, Magnolia Films, and Oscilloscope Laboratories.

You have until December 31 to contribute and to help bring about another great year for Rooftop Films. Don’t forget to make your friends aware of the campaign as well!