Many people are saying that micro-budget features are the new shorts. They're wrong. 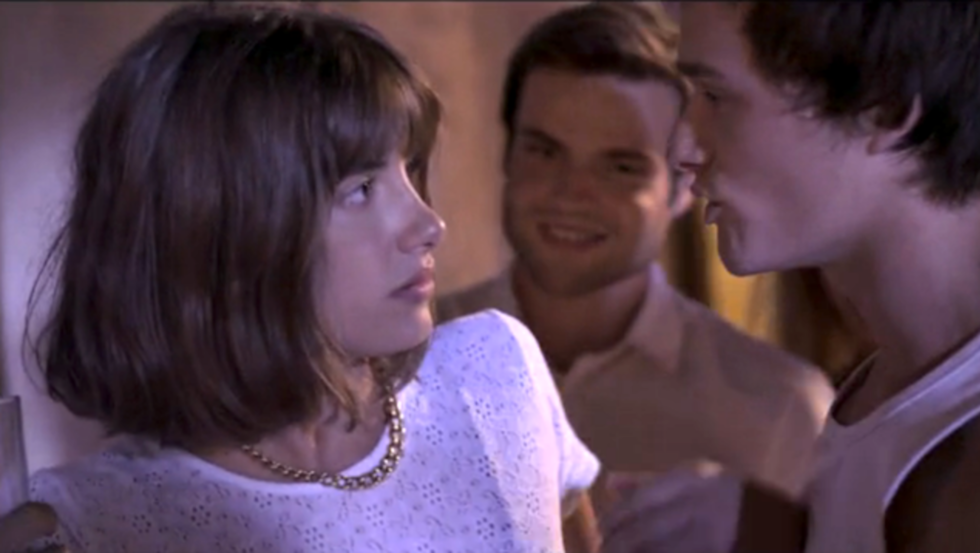 You could be forgiven for believing the era of the short film is over. With the cost of making a feature film plummeting in the past decade - thanks to cheaper editing software, cheaper cameras, cheaper everything more or less (though there's no way to digitally feed a crew - yet!) - the argument has often been made that micro-budget features effectively are the "new short films," serving the purpose of providing a filmmaker with a "calling card" for their skills in the way that shorts have always done.

An argument needs to be made in defense of the staying power of the short film.

There's no question that even the tiniest micro-budget feature can be all a filmmaker needs to leap to the major leagues - among other examples, yesterday's Toronto Film Festival selections bring the news that Daniel Schechter's Life of Crime - an Elmore Leonard adaptation starring Jennifer Aniston and Mos Def - will premiere at the festival; Schechter's last feature was the micro-budget (Tribeca Film release) Supporting Characters, which followed the relationship travails of a group of New Yorkers.

Short films can serve as laboratories, enabling young filmmakers to experiment with narrative tones that may not be so easily sustained by a feature-length production.

Despite all that, an argument needs to be made in defense of the staying power of the short film. Filmmaker Magazine released its always-heavily-anticipated indie standby list this past week, the 25 New Faces of Independent Film, and it's striking how many filmmakers on the list have gotten their starts through making well-received shorts. It makes sense: while it's true that features can now be made for four-figure sums, the fact remains that a $5,000 feature is sure to come with a formidable set of artistic restraints (say goodbye to complicated dolly shots!), restraints that might not be in place if that $5,000 was being spent on a shoot a quarter of the feature's length. Making a feature for such a low budget can limit the stylistic opportunities available to the filmmaker, while a short of equal budget may be able to support unconventional stylistic choices - a complex dolly or unusual sound design - which can showcase the filmmaker's unique capabilities.

There's also the fact that short films can serve as laboratories, enabling young filmmakers to experiment with interesting narrative tones that may not be so easily sustained by a feature-length production. Lauren Wolkstein, one of this year's 25 New Faces, is a great example of a filmmaker using the short format for exactly such experimentation. She's had three short films tour the festival circuit - Cigarette Candy, The Strange Ones (which she co-directed with Christopher Radcliff), and Social Butterfly, in chronological order - and with each film she's pushed her unique brand of narrative delivery further.

Wolkstein's shorts are all powered by epistemological considerations, the viewer's engagement coming via his or her attempts to understand what is and is not happening in the films, what the truth of the presented situation is (and isn't). This kind of narrative ambiguity, which works by keeping the characters' relationships to one another (and themselves) unclear, is quite difficult to sustain for 90 or 120 minutes without having been workshopped heavily beforehand - and her shorts have given Wolkstein the chance to do just this.

So yes, it's true that a feature film can be made today with more or less as much ease as a short can come together - but that equality of opportunity doesn't mean that the formats share an equality of benefit to the filmmaker. There's nothing as valuable as a testing ground for one's development.