A new HBO series and some news from Sundance indicate a further changing of the TV guard. 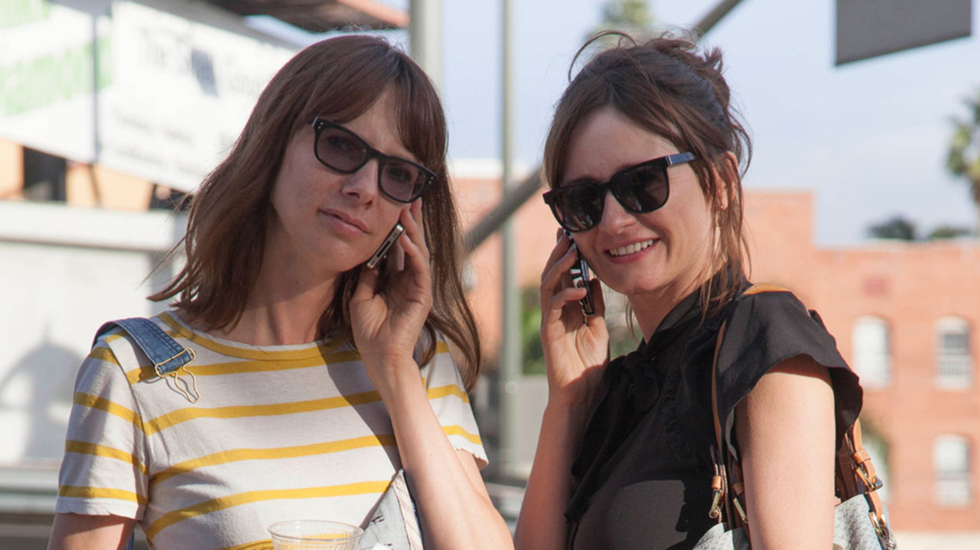 As I've dwelled upon on this column before, there's a fascinating blurring occurring right now between what constitutes a TV series and what constitutes a film. Television is becoming increasingly self-contained in its presentation (True Detective's first season was a stand-alone work, with no bearing on season two), and its formerly dominant mode of storytelling - that of the episodic installments, of the serialized format - is becoming increasingly antiquated within TV.

Another strong example of the cinema-izing of TV can be found in the six-episode HBO show (series? miniseries?) Doll & Em, starring Emily Mortimer and Dolly Wells and directed by filmmaker Azazel Jacobs. Featuring six 22-minute installments, the show plays like a cross between Curb Your Enthusiasm and a buddy comedy, except if it starred women and was directed by Cassavetes. (For more on Doll & Em, check out my interview with Jacobs.)

Once a waylaid sector of TV, the miniseries has become extremely attractive as a mode of storytelling that allows indie filmmakers to secure financial compensation and tell a challenging story on a broad scale.

More news on the TV-is-advancing front came today from the Sundance Institute, which announced that they will be adding a new Lab - an episodic storytelling lab for TV and Web Series. It's an acknowledgment from a powerful institution of something that has been ongoing in indie film; more and more often, independent filmmakers are finding themselves drawn to creating spec TV projects as opposed to spec films. And why not, when the business model in TV is so much friendlier?

What effect can we expect this to have? One thing that I think could be a fascinating outgrowth of all this is that independent filmmakers may find themselves able to develop two projects simultaneously with a relative ease; as opposed to developing an indie feature while also dividing their time with working on a series idea, filmmakers may begin trying to do both a film and TV version of each story they want to pursue.

More and more often, independent filmmakers are finding themselves drawn to creating spec TV projects as opposed to spec films.

Self-contained episodic stories like True Detective and Doll & Em indicate that not every TV show has to be able to run into perpetuity in order to be picked up, and it may, in fact, be the miniseries that becomes the most popular item of the day. Once a waylaid sector of TV, the miniseries has become extremely attractive as a mode of storytelling that allows indie filmmakers to secure financial compensation, tell a challenging story on a broad scale, and work in TV without devoting years and years of their lives to one single project, which can be something of a turnoff for the more creatively peripatetic. It will be interesting to see how Doll & Em is received - it's another knock on the divide between TV and cinema, one that soon may not exist at all.