Racking Focus: 'The Interview' and Day-and-Date for Blockbusters

'The Interview' is pulled from theaters, raising interesting thoughts regarding high-profile studio films and VOD experimentation. 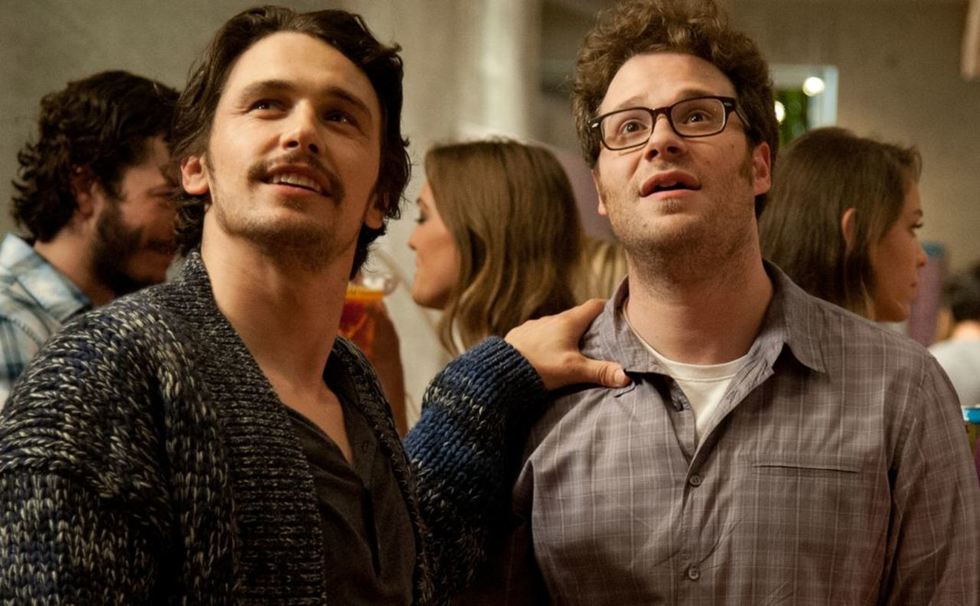 As news continues to roll in regarding the theatrical release of The Interview, the Seth Rogen-starring, Kim Jong-Un-blasting picture that has incited an enormous hack of Sony and a terrorist threat - delivered by a group called "Guardians of Peace" that may or may not be linked to North Korea - one thing is becoming clear: it looks highly unlikely that the film will receive much of a theatrical release, if any theatrical release at all. The major cinema chains - Regal, AMC, Carmike, Bow Tie - have announced that, for the time being, they will hold off on exhibiting the picture, in response to a Guardians of Peace threat that promised an attack comparable to 9/11. The entire situation is, obviously, deeply upsetting. But, through no design of anyone in particular, the situation has nevertheless raised an interesting question about the future of blockbusters and VOD.

It seems like it's only a matter of time before the vast majority of indies are released day-and-date.

As it has become clearer that The Interview's theatrical release will be, at best, deeply cut down, if not totally axed, some commentators have been suggesting that this situation might be a prime one for Sony exploring the future potential of day-and-date releases for bigger-profile films. Obviously, day-and-date has become a standby in the indie world, and it seems like it's only a matter of time before the vast majority of indies are released day-and-date, if not all of them. This distribution model has yet to be employed by the studios on a bigger film, mainly because - somewhat understandably - if it fails, no one wants to be responsible for killing the box office potential of a big film. Additionally, no high-profile filmmaker seems particularly likely to say, "Please, go ahead and make my movie a guinea pig for your new business model!"

Sooner or later, we're going to have to have a guinea pig film to test out what it looks like if a movie with a big marketing budget tries the day-and-date approach.

However, as younger audiences increasingly gravitate toward home viewing, we may reach a tipping point beyond which day-and-date releasing for films like The Interview becomes a profitable endeavor. This past summer we saw The Weinstein Company's day-and-date label Radius release Snowpiercer, Bong Joon-Ho's phenomenal action/drama with Chris Evans, which opened to rave reviews and apparently did quite well on VOD. Snowpiercer is by all accounts a blockbuster action movie (if Bong did slip in plenty of intelligent political commentary, all the same), and its success in the day-and-date model augurs well for other films that would traditionally never even consider going such a route. Sooner or later, we're going to have to have a guinea pig film to test out what it looks like if a movie with a big marketing budget tries this approach. I think studios may be surprised to find that in fact, going day-and-date with a big movie could haul in far more revenue than might otherwise be attained. Most of the day-and-date releases coming out of the indie sphere don't have the benefit of much marketing money behind them; if a film with a huge marketing budget (like The Interview) was given a day-and-date release, the ratio of theatrical box office to VOD revenue would probably look quite different from the ratio for a typical indie day-and-date picture. No one wants to be a guinea pig, but sooner or later someone's going to have to be.