What does APP suggest for the future of second-screen cinema? 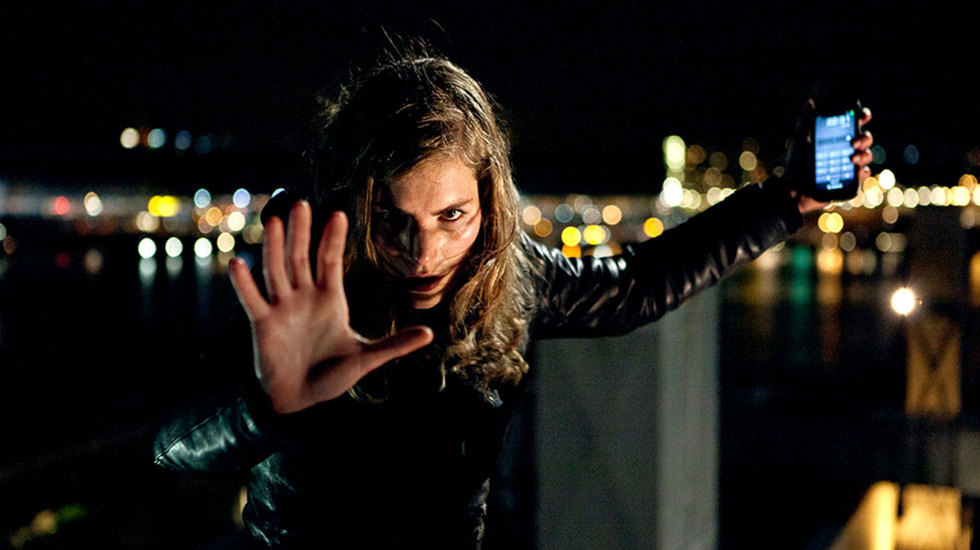 Eric Kohn had a wonderful, comprehensive review in Indiewire last week of APP, a Dutch genre film that is, as far as we can tell, the first feature film to incorporate second-screen technology. The film is designed to be viewed alongside an app on your smartphone that runs during the film, enhancing the viewing experience. I haven't seen the film - I'm only going off of Eric's review - so I can't speak to the effectiveness or lack thereof of the second screen's incorporation into the filmmaking experience that is watching APP, but based on Eric's description, I think it's clear that a door may be opening in the ever-evolving realm of transmedia filmmaking.

If studio executives want to understand how to tap into the younger market, second screen cinema may provide them with a viable route.

Since APP is the first of its kind, it seems likely that whatever it does with its second screen usage will be primitive in the long run; Kohn mentions that in some scenes, for example, your app will allow you to see something happening in the film from a different camera angle than the camera angle employed in the movie, simultaneously. Of course, this is only the beginning of the incorporation of second screens into cinema and the possibilities really do seem limitless at the moment. What's exciting about second screens when used with cinema is the manner by which they can enhance and expand the worlds of the films they pertain to, by providing alternate video sources, textual documents, still images and other items that bring the world of the characters out into the hands of the viewer.

It sounds immersive, and if it sounds like things might one day head down a road alarmingly similar to what gives us the "feelies" of Alduous Huxley's Brave New World, well, that may not be entirely incorrect. But potential dystopias aside, with the convergence of second screen entertainment, augmented reality and virtual reality looming not too far in the distance, it seems like a foregone conclusion that providing cinematic experiences in which the viewer enters the world of the film will become a standby of entertainment in the future.

What that augurs for the present remains to be seen, since the technology obviously isn't there yet to dramatically change how films are viewed at the moment, but I wouldn't be surprised if second screen cinema becomes more common in the next few years. With younger consumers increasingly accustomed to shuttling their attention between any number of different screens at any given time, the idea of spending two hours staring at one glowing rectangle without interruptions may seem daunting. That's an alarming thought, but perhaps an unavoidable effect of the manner with which young people today are bombarded with stimuli. If studio executives want to understand how to tap into the younger market, second screen cinema may provide them with a viable route.