Home » Tribeca News » With the Minimalistic JUNUN, Paul Thomas Anderson Pulls Off His Most Surprising Feat Yet
View All News

With the Minimalistic JUNUN, Paul Thomas Anderson Pulls Off His Most Surprising Feat Yet

The rousing, music-centric documentary, which just premiered at the New York Film Festival, lets the THERE WILL BE BLOOD director unwind (for our pleasure). 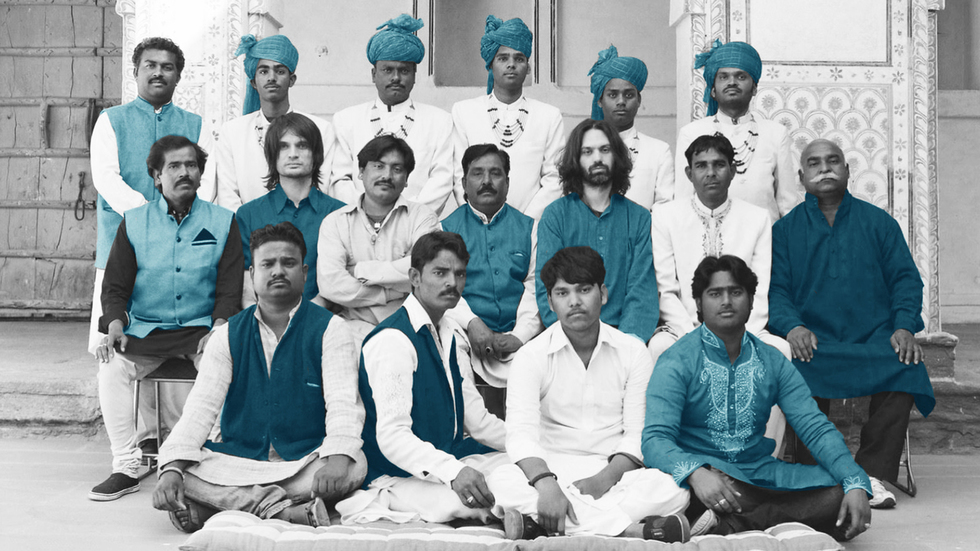 Paul Thomas Anderson is the best American director of his generation—a bold statement, indeed, considering that PTA's generation includes Quentin Tarantino, Steven Soderbergh, and David O. Russell. He earned that distinction with 2007’s staggeringly brilliant There Will Be Blood alone, but when you’re able to back that amazing film up with Hard Eight (1996), Boogie Nights (1997), Magnolia (2000), The Master (2012), and last year's Inherent Vice, it's tough for the competition to even stand a chance. Tarantino comes very close, but, again, four words: There. Will. Be. Blood.

In his films, Anderson regularly puts on filmmaking clinics; each one contains multiple sequences that will continue to be studied in film schools until the end of time. The tracking shot that follows William H. Macy in Boogie Nights, not to mention that film’s "Sister Christian" scene with Thomas Jane and Alfred Molina; There Will Be Blood’s dialogue-free opening stretch, as well as when the oil derrick erupts and leaves Daniel Plainview's son without hearing. The Master's subdued yet superbly constructed back-and-forth conversations between Joaquin Phoenix and Philip Seymour Hoffman. Tom Cruise's emotionally pulverizing final moments with his on-screen dad, played by Jason Robards, in Magnolia. It's because of those moments that any future PTA movie comes prepackaged with the viewer's constant anticipation for the next all-time great Anderson moment. It's the cinematic equivalent to listening to new Eminem verses with one’s ears hanging on every single bar and primed to be blown away at any given moment.

With Junun, Anderson's first non-fiction production, he's pulled off what’s perhaps his boldest trick to date: a movie devoid of any such knockout punches. The brisk, 54-minute documentary, which premiered this week at the New York Film Festival, is surprisingly simplistic. Anderson has infused the documentary format with his signature creativity by doing hardly anything at all. Filmed this past February in Rajashtan, India, mostly inside 400-year-old Mehrangarh Fort, Junun finds Anderson trailing his good friend and go-to musical genius, and Radiohead member, Jonny Greenwood to the foreign country as the There Will Be Blood and The Master composer records an album with Israeli musician/singer Shye Ben Tzur and a large assortment of local instrumentalists and vocalists. (The two-disc album, also titled Junun, will be available on November 13, via Nonesuch Records.)

Junun contains barely any directorial experimentation, yet it may very well be Anderson's most electric and invigorating film so far. Best of all, it's easy to reason that Anderson himself wouldn't argue with that sentiment. Almost entirely observational, Junun sticks to the music, with Anderson getting right into the recording sessions without any introductory on-screen name cards, expository context, or talking head analyses. He sets the mood in Junun's first few minutes, in which Anderson slowly rotates his camera in a circle around one of the Mehrangarh Fort's decadent rooms as Greenwood, Tzur, and their collaborators quietly pray. That non-intrusiveness continues throughout Junun, as Anderson positions the camera in strategically chosen locations and then allows the musicians to jam out for extended periods of time without any cutaways or lens movements. At times, Junun doesn’t even feel like an actual motion picture, but, rather, a home movie or B-roll for a Behind the Music-like making-of piece about the album to be completed at a later date.

Strangely enough, Anderson's minimal technique doesn't keep Junun from feeling grandiose in scope, a vibe that partially comes from the film’s gorgeously ornate and architecturally vast scenery, but largely stems from the music that’s being played in live form. Greenwood, who’s soft-spoken by nature, plays the background, often only seen playing his guitar in the frame’s edges, his long hair draped over his face as to make him seem even more anonymously part of the bigger ensemble. Junun is democratic in its focal points; Anderson gives every member of the band equal on-camera shine, which is fitting, since Junun’s vibrant and booming songs are beautifully multi-layered.

Anderson’s always been an unabashed music lover—his work in music videos speaks directly to that, as does his the way he accentuates Greenwood’s scores in his films and the rousing old-school rock song choices in Boogie Nights. Junun, more than any of his previous efforts, affords Anderson the chance to be a fan first and a filmmaker second. It doesn't seem incorrect to think that his decision to quell his behind-the-camera artistic flourishes and just let the musicians do their things comes as much from his desire to listen to the magic happen fly-on-the-wall style as it does his mission to respect the sanctity of their creative process.

The closest Anderson gets to displaying his usual one-of-a-kind directing panache in Junun happens early into the doc, when an adventurous pigeon flies into the room where the music's being generated. It perches on a hanging fixture near the ceiling, emitting cooing sounds that might as well be its rounds of applause. Anderson points his camera in its direction more than he probably should, and you get the sense that he’s found someone—or, rather, something—to relate to on the fort’s grounds, another occupant who’s been relegated to an enthusiastic admirer.

Other directors would've ignored the bird altogether, or paused the recording to get rid of it, lest it interfere with the music. Anderson, though, lets the pigeon hang out, and when one of his non-musician colleagues chases it out of the room with a microphone stand, Anderson captures that, too. Even while he's surrounded by Junun's overpoweringly dynamic and hypnotic music, Anderson finds the scenario's one subtly poignant cinematic element. He's the best in the game for a reason.

Following its world premiere at the New York Film Festival, Junun is now streaming exclusively on MUBI. Click here to watch it now.