PT Anderson, one of cinema's current and undeniable masters, has quietly been honing his craft in the music video world. 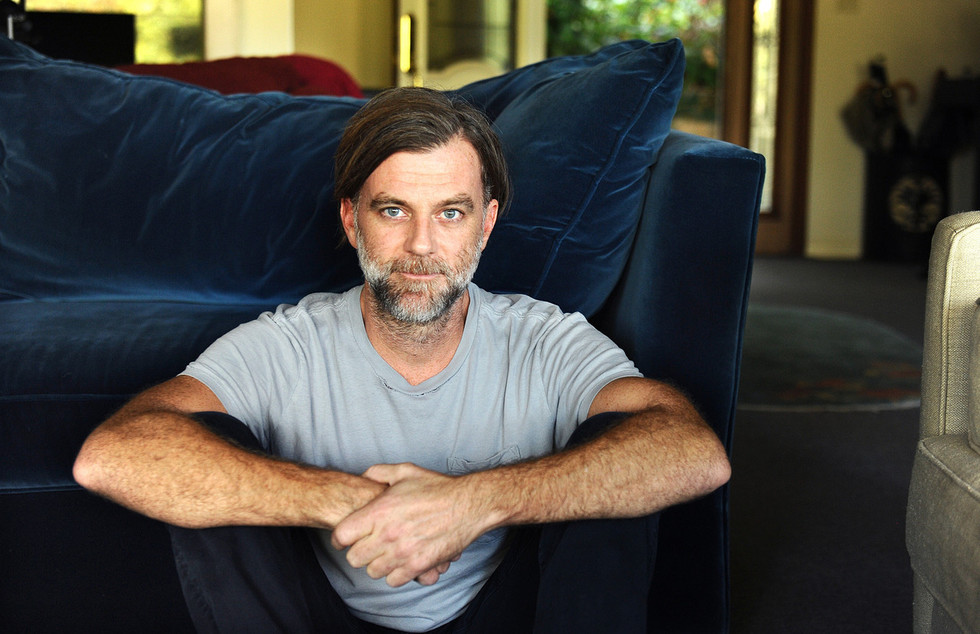 Plenty of filmmakers have gotten their start in music videos. For many, it’s a means of demonstrating their competence behind the camera for potential future studio heads.

Paul Thomas Anderson has never been interested in traditional routes. He had already completed his debut feature Hard Eight (1996) and begun production on his magnum opus Boogie Nights (1997) when Anderson agreed to shoot a clip to accompany Michael Penn's single “Try.” In his spare time during Hard Eight's editing process, Anderson mapped out a characteristically elaborate one-take shot for Penn's music video that follows the singer up and down the longest hallway in the United States, and then shot it using the equipment from set. (The sorely missed Philip Seymour Hoffman even cameos twice as a boom operator, alluding to his role as closeted soundman Scotty in Boogie Nights.) He applied the same aesthetic that he had developed for his sophomore film, as well as its follow-up Magnolia (1999), to Penn’s video, jacking his idol Martin Scorsese’s freely flowing kineticism to synthesize his own kind of cinematic thrill.

Anderson directed a handful of other music videos during the early 2000’s, many of them for his Magnolia soundtrack collaborator Aimee Mann and his then-lover Fiona Apple. But just as "Try" succinctly encapsulated the influence-heavy stage of Anderson’s artistic development, two more recent videos act as signposts on the road of the director’s creative evolution. Apple’s 2013 “Hot Knife” clip and Joanna Newsom's “Sapokanikan,” released earlier this year, microcosmically illustrate the massive stylistic jump Anderson made from The Master’s towering intensity to the looser, more freewheeling attitude of Inherent Vice two years later. (Perhaps it’s no coincidence that Newsom acted as Inherent Vice’s narrator.)


"Hot Knife" and "Sapokanikan" look and feel like miniature offshoots of the films that Anderson was working on around the times of their productions. In the divide between the expressive lighting of “Hot Knife” and the rambling walk through New York that is "Sapokanikan," audiences see an artist learning to do more with less and less.

The "Hot Knife" video officially surfaced on the Internet on July 24, 2013, nearly a year after Anderson’s The Master made its world debut, and yet the influence of the film on Apple’s clip is unmistakable. The video begins with the sound of mallets on timpani, and then a slow pan upwards reveals just that to the viewer. Employing the same crisp photography that captured every line on The Master star Joaquin Phoenix’s war-hardened scowl, Anderson captures the many planes of focus on this simple object. His camera’s focus emphasizes the distance between the rim of the timpani to the soft head of the mallet to the sticks in Apple’s hands—a feat no less impressive than the staggering, painterly shot of Phoenix’s Navy man Freddie Quell lying indifferently atop a warship while his brothers-in-arms bustle about below. Anderson prioritizes detail above all else, ensuring that the camera or the audience won’t overlook the tiniest nuance of the image onscreen.

That level of attention to detail goes from impressive to absolutely essential when Anderson introduces Apple’s indelible face to the frame. The dramatic chiaroscuro shadows define every minuscule line on her lips as she sings and capture every strain of the muscles in her neck as her lyrical round keeps up with itself. Anderson ups the contrast even further by jumping in and out of a hard monochrome, placing Apple’s emoting on a plane alongside Renée Jeanne Falconetti in The Passion of Joan of Arc. But a few shots later, when Anderson splits the frame into a symmetrical triptych, the complete image doesn’t resemble silent film so much as it does the old-timey portraits that Freddie photographs of mall patrons as he tries to find a sense of purposing following his return from WWII. The Master is the clear stylistic reference for "Hot Knife," echoing Anderson’s wild experiments with light and portraiture.

His elaborate shadings on Apple’s and Phoenix’s faces specifically accentuate their performances and amplifies the tiniest facial tics. Apple plays a character in "Hot Knife," one every bit as real and human as Freddie Quell. She decisively telegraphs yearning and desperation in her facial expressions, wincing with pain as she calls out to her troubled lover. Anderson creates conditions in the video that specifically play to the song's heavy emotions and Apple’s performance alike, and his careful light-rigging makes it look like a photograph weathered over time, adding yet another layer of fading hope to the song’s lost-love lyrics.

Anderson shifts his overarching aesthetic objectives for the "Sapokanikan" video, and in doing so, parallels his own auteur’s divergence in Inherent Vice. The focus moves from character to plot in between “Hot Knife” and "Sapokanikan," the sprawling and intricate narratives spun by Newsom taking center stage. Anderson does away with his visual prestidigitation, simply following Newsom as she ambles about the streets of New York. This should ostensibly leave plenty of room for Newsom’s difficult poetry to shine, and yet, Anderson and Newsom’s movements lead them down a different thematic avenue. Parsing out the actual meaning of Newsom’s lyrics in time with the song is all but impossible; she packs her words so densely with obscure allusions and archaic SAT vocab words that a workable comprehension can only be attained on the third, fourth, or even fifth listen.

Newsom's video forsakes narrative for a specific, vivid sense of time and place. The word "Sapokanikan" refers to the Lenape settlement on the Manhattan island that faced relocation and extermination when Europeans arrived in the early 17th century; with a lilting melody, Newsom wanders aimlessly through the borough, taking time to appreciate the bodegas and pizza shacks while lamenting the dark past that’s made it all possible. As opposed to telling a cohesive story, the video instead revels in setting, not unlike Anderson’s Inherent Vice. With its panoply of noir-influenced plot convolutions, Inherent Vice’s actual story is no more penetrable than Newsom’s knotty lyrics. But instead of attempting in vain to follow the THC-infused The Long Goodbye riff Anderson’s getting at, the film’s viewers are supposed to sit back and luxuriate in the terminally chill vibes of early-‘70s SoCal. Just as Newsom expounds on America’s dark colonial past, Anderson, too, exposes the nefarious forces responsible for facilitating the facade of paradise in the imagined shoreline community of Gordita Beach. In the "Sapokanikan" video, Anderson’s methods are less showy than those in "Hot Knife," but they’re just as impactful.

The only constant in Paul Thomas Anderson’s oeuvre is excellence—everything else is negotiable. He can steady his camera’s restless movements, reposition and tinker with lights, or leave coherent narrative behind entirely, and still maintain the fundamental PTA-ness of all his work. As he continues to evolve and his tastes change, his music video work has formed a handy digest of his career’s larger arc. No matter that his style must be mediated through the music of a second party when directing music videos. Anderson doesn’t know how to direct like anyone other than himself, whoever that might be.

Charles Bramesco (@intothecrevasse) is a writer living in Washington, D.C. He's a staff writer at Random Nerds and was a regular contributor to The Dissolve up until its untimely closing in July 2015. His work has been featured in The Guardian, Newsweek, Forbes, Movie Mezzanine, Indiewire, Nerdist.com, Consequence of Sound, the Gambit, and DigBoston. His favorite movie is Boogie Nights, but it's a toss-up for second.