Home » Tribeca News » One for Me / One for Them: Rachel Weisz
View All News

One for Me / One for Them: Rachel Weisz

This witch of "Oz" has been balancing the commercial and creative in her career for quite some time. How's she doing? 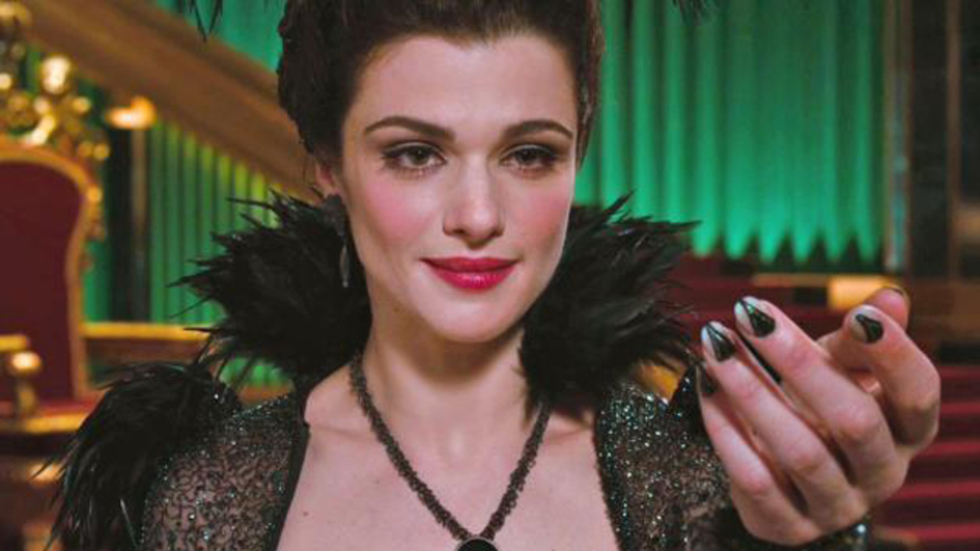 For a movie star who has made their mark, the "One for Me, One for Them" stratagem is a good way of maintaining one's career path. By taking "one for them," i.e. commercial pictures that pay well even if they're not hugely artistic, they can give themselves the freedom and clout to take "one for me," i.e. more creatively challenging/daring projects.

This week, with Oz the Great and Powerful dominating the moviehouses, we're taking a look at one of its more prolific stars, Rachel Weisz, who has been balancing creative and commercial for quite some time now. How's she doing?

1996-1997:
Weisz began her career already well into trade-off mode. While at that point any role was appreciated, she spent 1996 straddling the line between commercial and artistic. The former: the Keanu Reeves-starring alternative-energy thriller Chain Reaction. The latter: Bernardo Bertolucci's Stealing Beauty, which got much more notice for Liv Tyler than for Weisz, and the little-seen epic romance Swept From the Sea. Neither one of them shot her into the stratosphere, but she was able to make her mark in both popular and artsy spheres. Advantage: THEM

1999 - 2001:
In 1999, Weisz got her big break on the popular side of things when she was cast as the female lead in The Mummy. Seen by bazillions, The Mummy, and its 2001 sequel, The Mummy Returns gave her a lot of leeway. Leeway to make movies with directors like Itsvan Szabo (Sunshine) and stars like Jude Law and Ed Harris (Enemy at the Gates). Advantage: THEM

2002-2004:
Now that Weisz was something of a name, she could start lending that name to more interesting projects (all due respect, Brendan Fraser). Mostly, that meant playing the girlfriend to main characters, like Hugh Grant in About a Boy, John Cusack in Runaway Jury, Ben Stiller in Envy (curveball! She's a wife in that movie). Her one truly interesting project saw her reprise her stage role as the lead in Neil LaBute's The Shape of Things. While not a huge success, it showed a different side to Weisz, a hint of danger that she'd be able to play with going forward. Still, for now, Advantage: THEM

2005:
Kind of a perfect year, especially if you're of a mind to judge comic-book depictions of operatic Biblical conflicts kindly. Weisz started off the year as the female lead in Constantine, a potboiler to be sure, but one that is of higher quality than you might expect given the fact that it features Weisz fighting fallen angels and other such demons. Tilda Swinton plays the archangel Gabriel! What else do you need? Her small film that year, Fernando Meirelles's The Constant Gardener, got her sizzling hot reviews that would carry through the end of the year, to the moment she took home the Oscar for Best Supporting Actress. The ultimate Advantage: HER

2006-2007:
As tends to happen, Weisz's post-Oscar choices were more chancy than usual. She worked for future father of her child Darren Aronofsky in The Fountain, playing multiple roles in the time-spanning sci-fi meditation. She also went for something super low-budget on director Wong Kar-Wai's English-language debut, My Blueberry Nights, as the boozy, floozy wife of David Strathairn. In between all that auteurist work, she picked up a paycheck as Vince Vaughn's girlfriend in Fred Claus. Advantage: HER

2008 - 2010:
Continuing to work with exciting young directors, Weisz took lead roles with Rian Johnson -- whose The Brothers Bloom offered Weisz a chance to show off a kind of screwball comedy she'd previously kept hidden -- and Alejandro Amenebar, who cast her as the lead in his Ancient Egypt-set Agora. On the commercial side, she was the most lively presence in the better-than-average romantic comedy Definitely Maybe though Peter Jackson's The Lovely Bones didn't do a lot of good for anybody. Still, it was a coveted project at the time, good or bad. Advantage: HER

2011-2012:
More classic give-and-take, as Weisz continued to expand her range of projects. She co-starred with her future husband Daniel Craig on the horror mediocrity Dream House. Which paid for her more fulfilling work on the international thriller The Whistleblower. She signed on to play damsel in distress (as much of a damsel as a research scientist can be) to Jeremy Renner in the Bourne re-boot. Which paid for The Deep Blue Sea, which won her raves, a Golden Globe nomination, and Best Actress citations from the New York and Toronto film critics. Advantage: HER

2013:
Thus far, Rachel's been paying the bills, and spectacularly so given the blockbuster status of Oz the Great and Powerful, wherein Weisz plays Evanora, gifting the film with its most fully-realized portrayal. Even when cashing a check, she manages to bring it. Advantage: THEM