Home » Tribeca News » One for Me / One for Them: Mary-Louise Parker
View All News

One for Me / One for Them: Mary-Louise Parker

With both R.I.P.D. and Red 2 opening this week, Mary-Louise Parker's commercial muscles are getting a bit of a workout. But has her career been striking the right balance between mainstream (commercial) and indie (creative) output? We took a look. 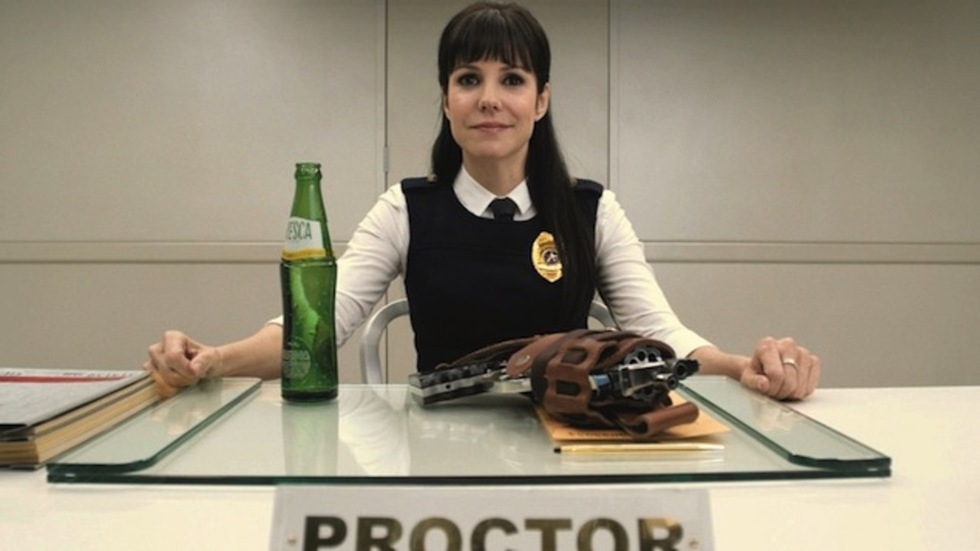 1990-91:
Any discussion of Mary-Louise Parker's acting career has to take into account the stage work for which many of her biggest career triumphs have come. This is apparent right off the bat, as the earliest days of her film career -- appearing in the Oscar-nominated Longtime Companion, for one -- coincided with much more high-profile roles onstage, in particular her Tony-nominated work in Craig Lucas's Prelude to a Kiss. When Parker did go mainstream on the big screen, it would be for roles in ensemble comedy/dramas like Grand Canyon and Fried Green Tomatoes. For Parker, the big-screen clout was still building. Advantage: THEM

1994-97:
The next phase of her career saw Parker trading bigger roles in mainstream fare for smaller, less memorable parts in awardsy indies. A featured supporting role in The Client paired off with a much smaller role in Woody Allen's Bullets Over Broadway. A leading role, opposite Drew Barrymore and Whoopi Goldberg, in Boys on the Side, led to a smaller role in Jane Campion's The Portrait of a Lady. Still, the studio fare dominated, but in 1997, Parker returned to the stage in the Pulitzer Prize-winning How I Learned to Drive, taking a lead role and making herself one of the more exciting new stage talents of the 1990s. Again, however, when it came to movies, she was still hedging with the studios. Advantage: THEM

2000-2003:
Continuing her hot streak in plays, Parker parlayed the off-Broadway laurels of "How I Learned to Drive" into the lead role in David Auburn's Proof. She would go on to win the Tony Award. On screen, her roles were getting more eclectic, even as her preferred medium switched from film to TV. At the movies, her roles continued to linger in the middle ground of something like Red Dragon, the studio feature that saw her playing imperiled wife to Edward Norton. But on television, her career was advancing quickly. A featured guest spot on The West Wing blossomed into a multiple-episode supporting role that garnered Parker an Emmy nomination. On the heels of that, Parker was cast in the role of Harper Pitt in Mike Nichols's TV adaptation of Angels in America. Parker won raves, a Golden Globe, and an Emmy for her troubles. Advantage: HER

2004-2005:
After her big TV triumphs, Parker went straight indie for her next few movies, including the comedy Saved! and John Turturro's oddball musical Romance & Cigarettes. But once again, it would be TV were she saw her best commercial and critical success, in the lead role of Nancy Botwin on Weeds. Advantage: HER

2007-2010:
With Weeds chugging along and giving Parker one heck of a day job, she was able to cherry-pick roles in various indie film projects. She didn't have a ton to do in the best of the bunch, The Assassination of Jesse James By the Coward Robert Ford, while the others gave her varying degrees of visibility (and varying degrees of success as films): Solitary Man, with Michael Douglas, in 2009; Howl, with James Franco, in 2010; and Red, with Bruce Willis and Helen Mirren, in 2010. Advantage: THEM

2013:
Thus far, Parker's 2013 film output is concentrated entirely in this very week, with the openings of two big-studio action comedies: R.I.P.D., with Jeff Bridges and Ryan Gosling, and Red 2. Will these mainstream efforts buy her a return to indie-film success? One can hope... Advantage: ???