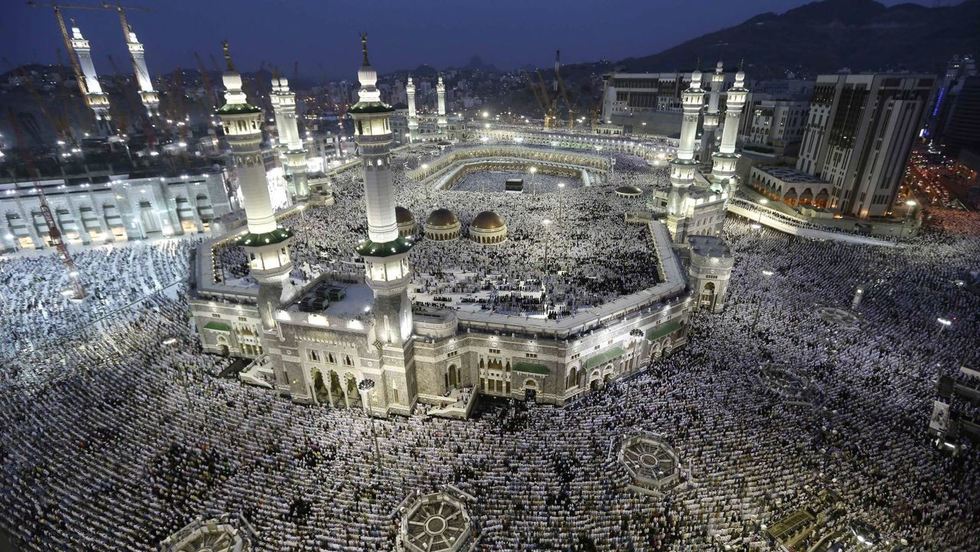 As Ramadan comes to an end, July 17th, Snapchat applaudably utilized its live story feature to document some of the Muslim holy month's prescribed rituals for audiences everywhere, with totally breathtaking results.

The cyber showcase "Mecca Live" reached its peak with a live stream of the Ramadan prayers at Mecca, the Saudi Arabian sacred site that every Muslim must visit at least once in their lifetime. Like Al-Masjid al-Haram (Islam's most hallowed mosque that's built around Islam's holiest center, the Kaaba), Mecca only allows entry to Muslims, even though, in the age of Apple, any worshipper with a smartphone can now record their experiences from the journey and bring it to your screens within seconds.

#MeccaLive was a Twitter phenomenon and a redemptive moment for Snapchat, who recently faced criticism for bungling last week's live story coverage of Tel Aviv, but much more importantly it's providing an enlightening and eye-catching window into a culture that's too often treated with contempt and condescension. True, a few empty-headed comments about conversion from scattered social media ignoramuses drew a fair share of skeptics to the campaign. Is there an element of, uh, let's say uncouth, non-Islamic Westerners "ooh!"-ing and "ah!"-ing over the "exotic" nature of Muslim observation and the admittedly spectacular local colors of Islam's ceremonials, even though it's neither for them nor about them? Well, of course.

Nonetheless, this feels like a welcome and refreshing utilization of Snapchat's far-reaching storytelling capabilities, which are enabling technology users the world over to become digital witnesses, opening their eyes and minds to a peaceful Islam they might never have discovered otherwise.