Home » Tribeca News » Don’t Bother Voting on the Oscars If You Haven’t Seen... The Year's 12 Best Hair and Makeup Achievements
View All News

Don’t Bother Voting on the Oscars If You Haven’t Seen... The Year's 12 Best Hair and Makeup Achievements

For the remainder of 2015, we’ll be nudging Academy voters toward deserving films, performers, and craftsmen who risk getting lost in the Oscar shuffle. This week: the year's most meticulous cosmetic creations. 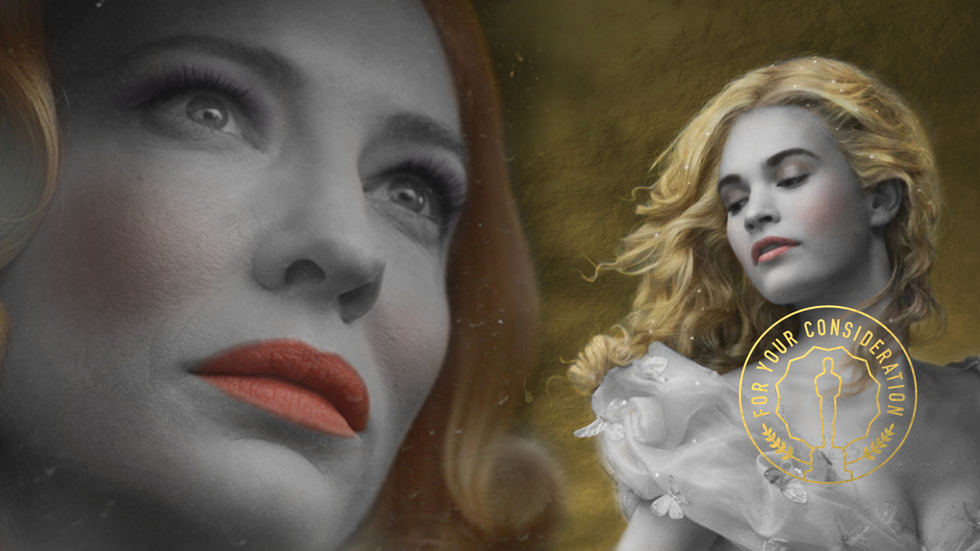 Hair and makeup work can be thankless tasks when it comes to the Academy Awards. It's different, of course, when you're working on a mega-budgeted studio enterprise (think Guardians of the Galaxy or The Lord of the Rings), a broad comedy with latex-heavy transformations (i.e., Mrs. Doubtfire or The Nutty Professor), or a prestige drama that already has heavy traction elsewhere (as in, Foxcatcher or Dallas Buyers Club). But if you're working on, say, an independent feature, or, even less likely, an international one, the work's style, subtlety, and innovation may very well go unrewarded and even unacknowledged.

Here, then, are the 12 best hair and makeup achievements of 2015, some from films that will likely find themselves on Oscar's roster come January, but plenty more from movies whose cosmetic accomplishments might not even register on first viewing, so generously and understatedly ingrained are they in the larger, overall scopes of their respective pictures. They come from movies I loved, movies I liked, movies I hated, and movies that select members of the Academy might not even know exist, but whose artistic feats have been noticed by those lucky enough to have witnessed them.

Brooklyn captures a bygone era of glamour with period-specific looks that honor leading lady Saoirse Ronan's remarkably limpid beauty, framed so frequently in inescapable close-ups, without ever skimping on other, more backgrounded characters. Every single girl in that boarding house—save for Jenn Murray’s nagging dormouse Dolores—has a particular look that's entirely and fetchingly her own.

What Disney's live-action Cinderella doesn't quite offer in the way of revelatory re-interpretation, it more than makes up for in candy-coated technique. That's nowhere more apparent than in the Disney hit's hair and makeup work, which ebulliently pay homage to both the glittering animated standard and lipsticked forties-era beauty. To lift a phrase from a different Disney enchanter, this is a tale as old as time. But, as John Waters will attest to, it has never looked this luscious. 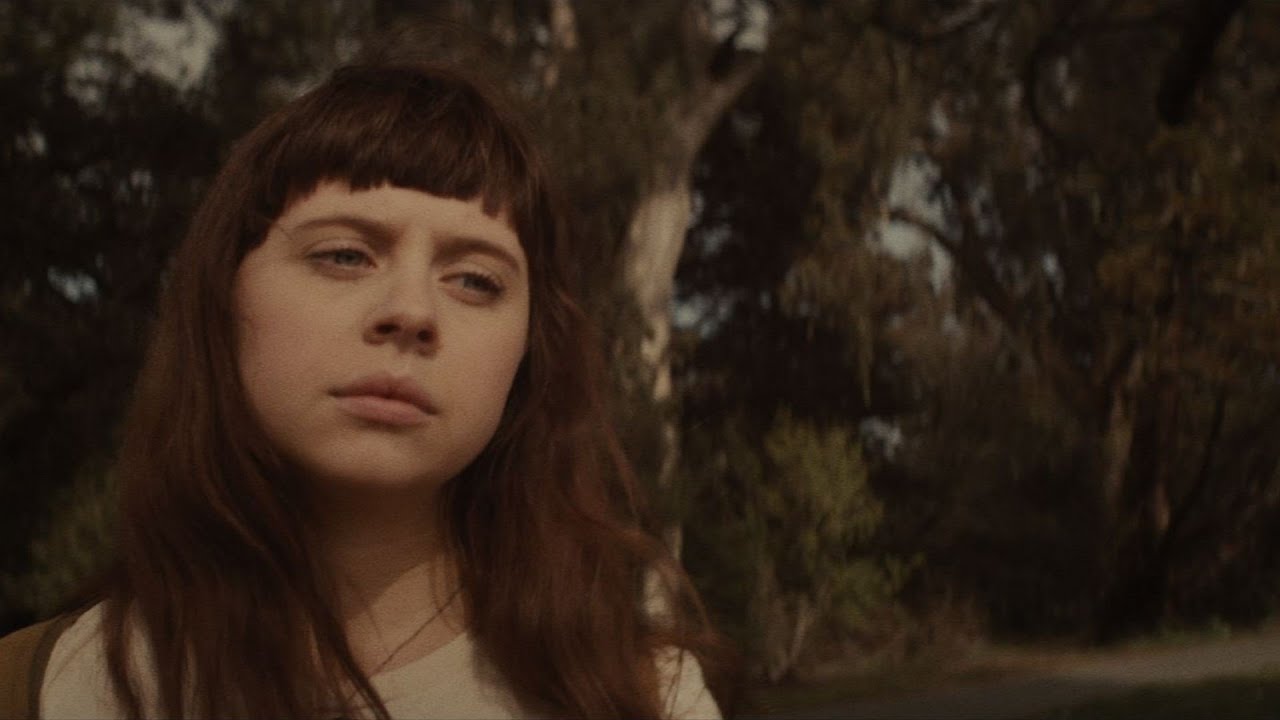 Tightly-budgeted period recreation has rarely been this subtle—or indelible. From Bel Powley’s adorably helmeted bangs to Alexander Skarsgård’s pornstache and Kristen Wiig’s casually fabulous bob, Diary offers up a lived-in vision of the 1970s without appearing as though its designers raided a wig shop late one night. The attention is kept firmly on the characters and their story, which is where it should be.

With its static desert shots and proudly impenetrable narrative, Lisandro Alonso's Jauja can be a merciless watch for the overly-impatient among us. But there's no denying that sole makeup artist Angela Garacija has elevated every single figure in this time-bending cryptogram to a realm as breathtakingly regal as Viggo Mortensen's extraordinary face, chiseled from marble and seldom more dignified. 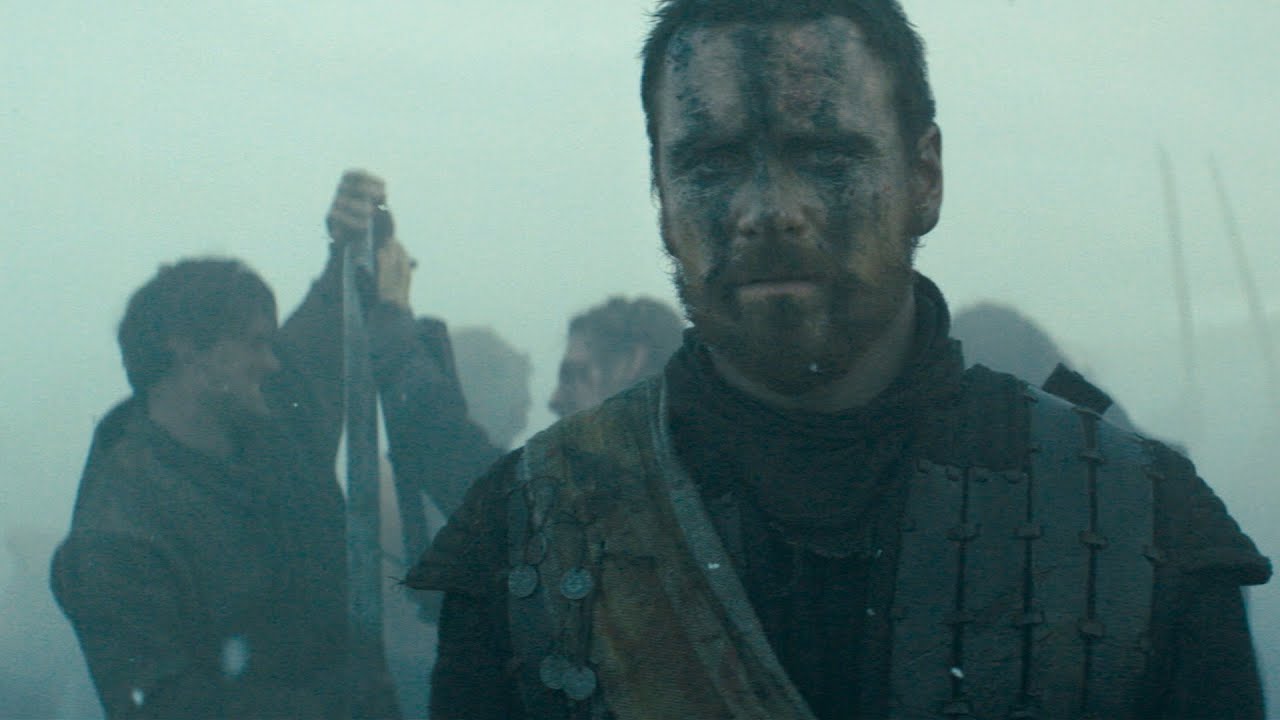 It's hard to differentiate between war paint and spilled blood in Justin Kurzel's gritty, gory retelling of Shakespeare’s Scottish Play, packed with so many mud-caked, battle-scarred faces of visible fear. At its center, Michael Fassbender and Marion Cotillard's Lord and Lady are revamped into, respectively, scabby mercenary and pallid phantom, while also remaining stupid-hot...you know, technically speaking. 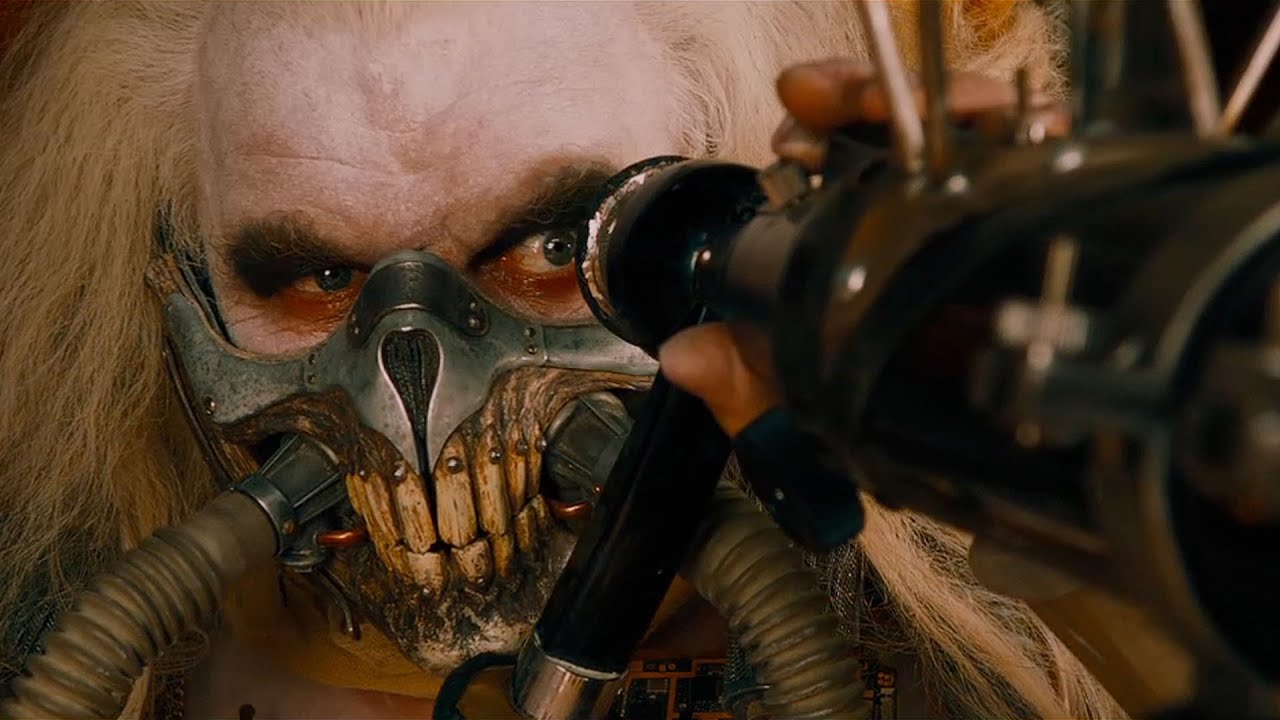 
Mad Max: Fury Road is destined to end up on the Academy's final hair and makeup ballot, but who can argue with such an endless gallery of flamboyantly grungy creations? The ornate, mould-heavy work done on Hugh Keays-Byrne's Immortan Joe and those ashen war boys are obvious highlights, but just try forgetting Charlize Theron's raw-red eyes or those grizzled Vuvalini women, proudly wearing the desert's dust like a natural second skin. The hair and makeup achievement of the year. 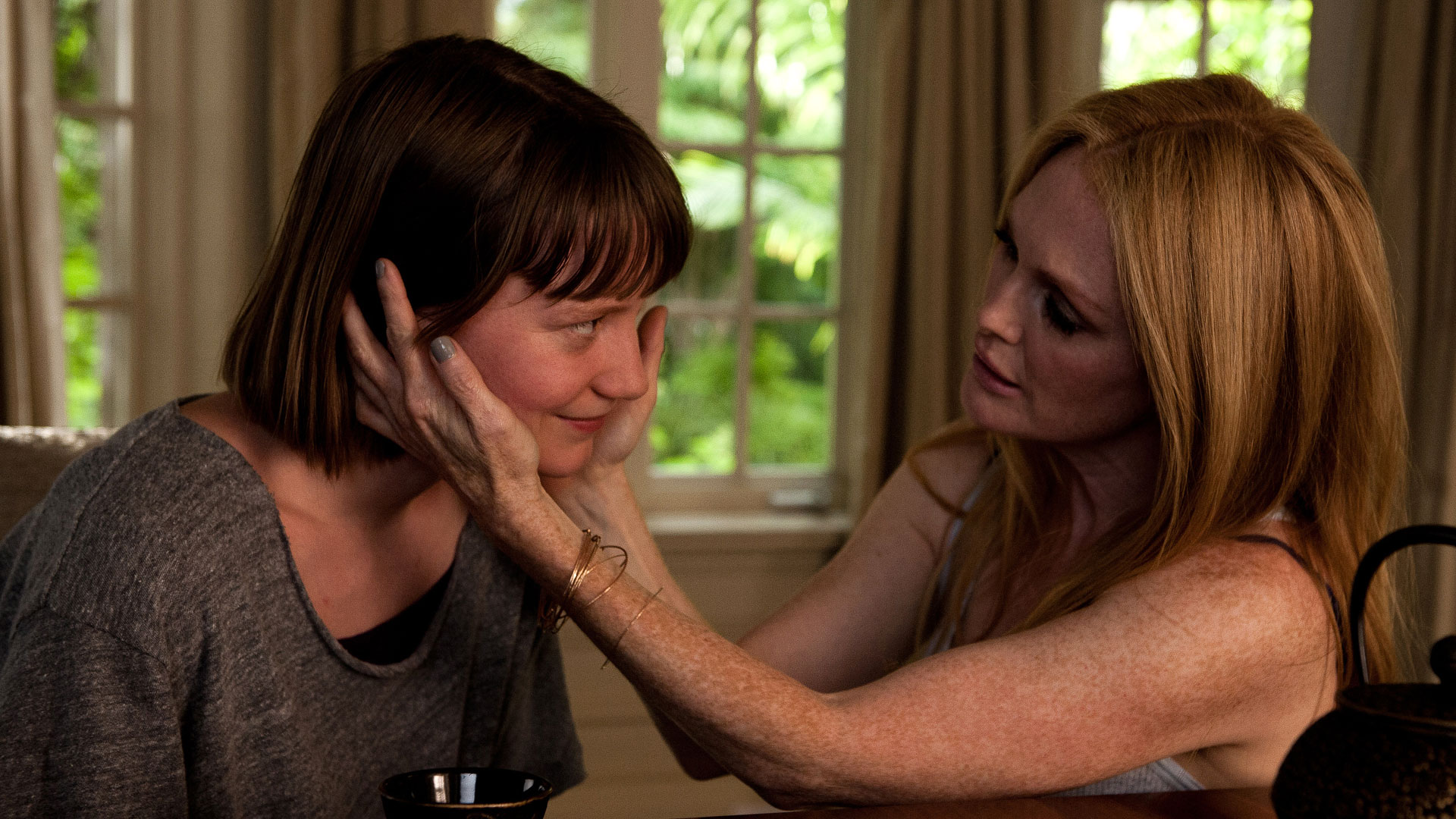 Plenty doesn't work in David Cronenberg's fiery Hollywood lampoon, but the film's hair and makeup artists are thankfully excluded from this quandary. They steer Cronenberg away from luridly overdoing Mia Wasikowska’s crucial burn scars, but the real show here is the transfixingly tacky dye job given to Julianne Moore, one of cinema's most famous redheads, cast here as a vapid industry virago whose lank blonde locks seem to be covering up some suspiciously dark roots. 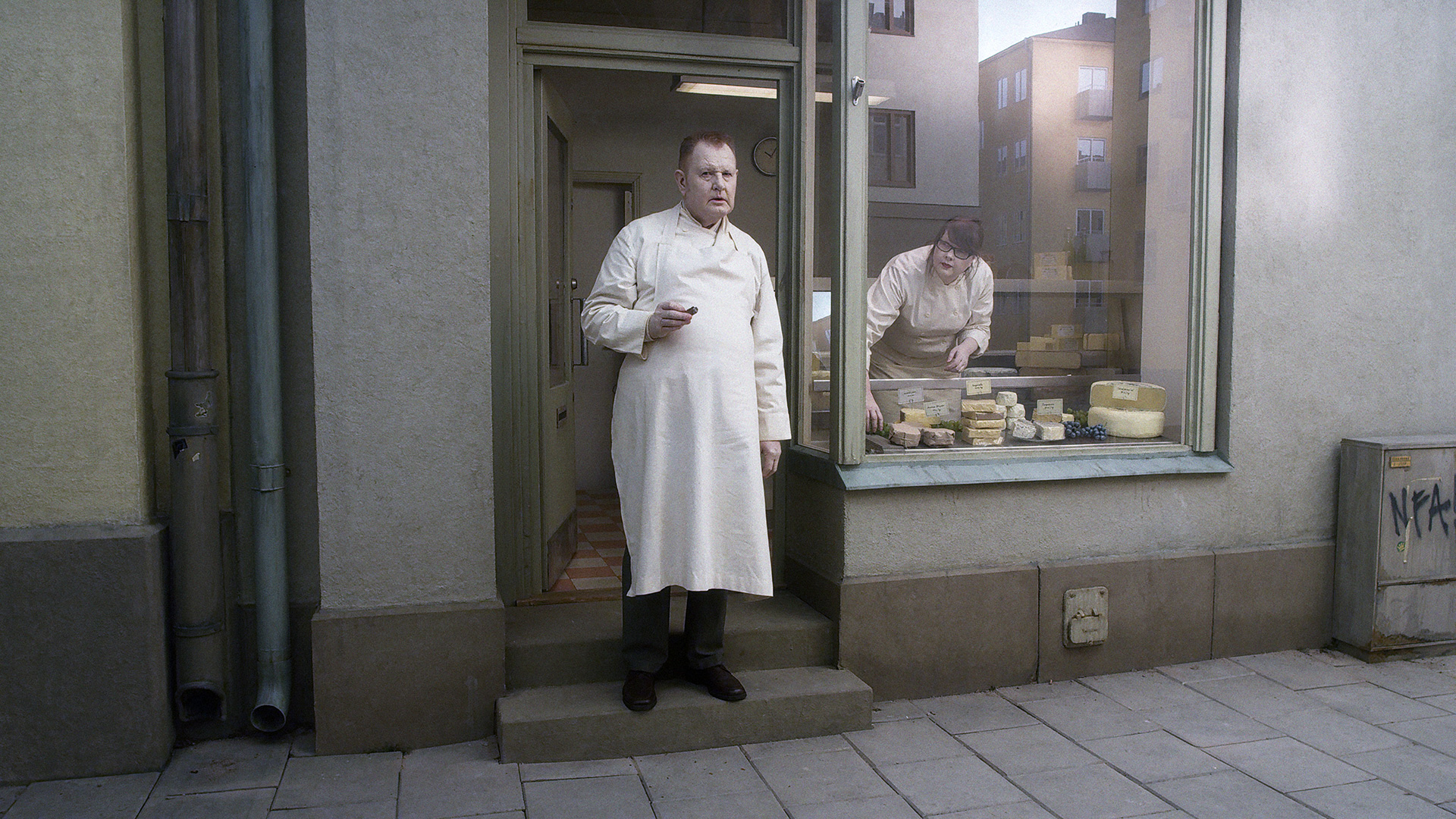 A Pigeon Sat on a Branch Reflecting on Existence
Hair and Makeup: Uncredited

Roy Andersson's trademark face masks—so unnaturally, pastily white that they're almost sick-ward sallow—are admittedly not the most elaborate cosmetic creations, and they've clearly been carried over from prior Andersson works. But that doesn't make their usage in Pigeon any less humorous or inspired within the context of this ghostly, era-hopping, and oddly compassionate multipart whatzit. 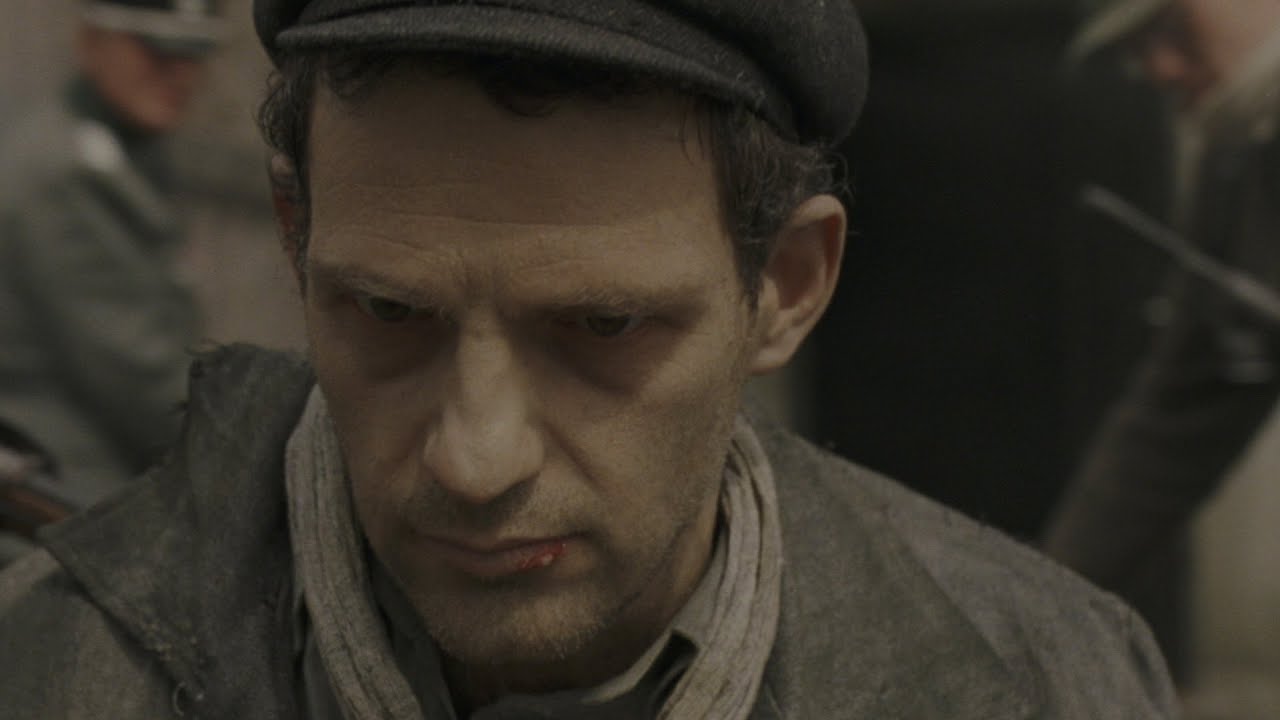 The soft, instantly sympathetic face of Géza Röhrig's Saul may be the film’s central visual focus, but the amount of blankly horrified faces that pass before it are very nearly as haunting. You may not recall each one specifically, but you'll remember their impact, just as you'll remember Röhrig's striking cold sore, an open wound that's as impossible to overlook as the more explicitly disturbing instances of bodily trauma.

From the most harrowing movie on this list to the most hysterical... At least half of the laughs to be found in Paul Feig's solid Bond parody come from Rose Byrne’s mammoth hair, which warrants the film's placement here all on its own. But Spy's beauticians also perform a spiffy 007 homage on Jude Law and although Melissa McCarthy's dowdy disguises are as punchline-funny as one expects, when our heroine decides mid-movie that she wants to look super-spy chic, she indeed looks fabulous. 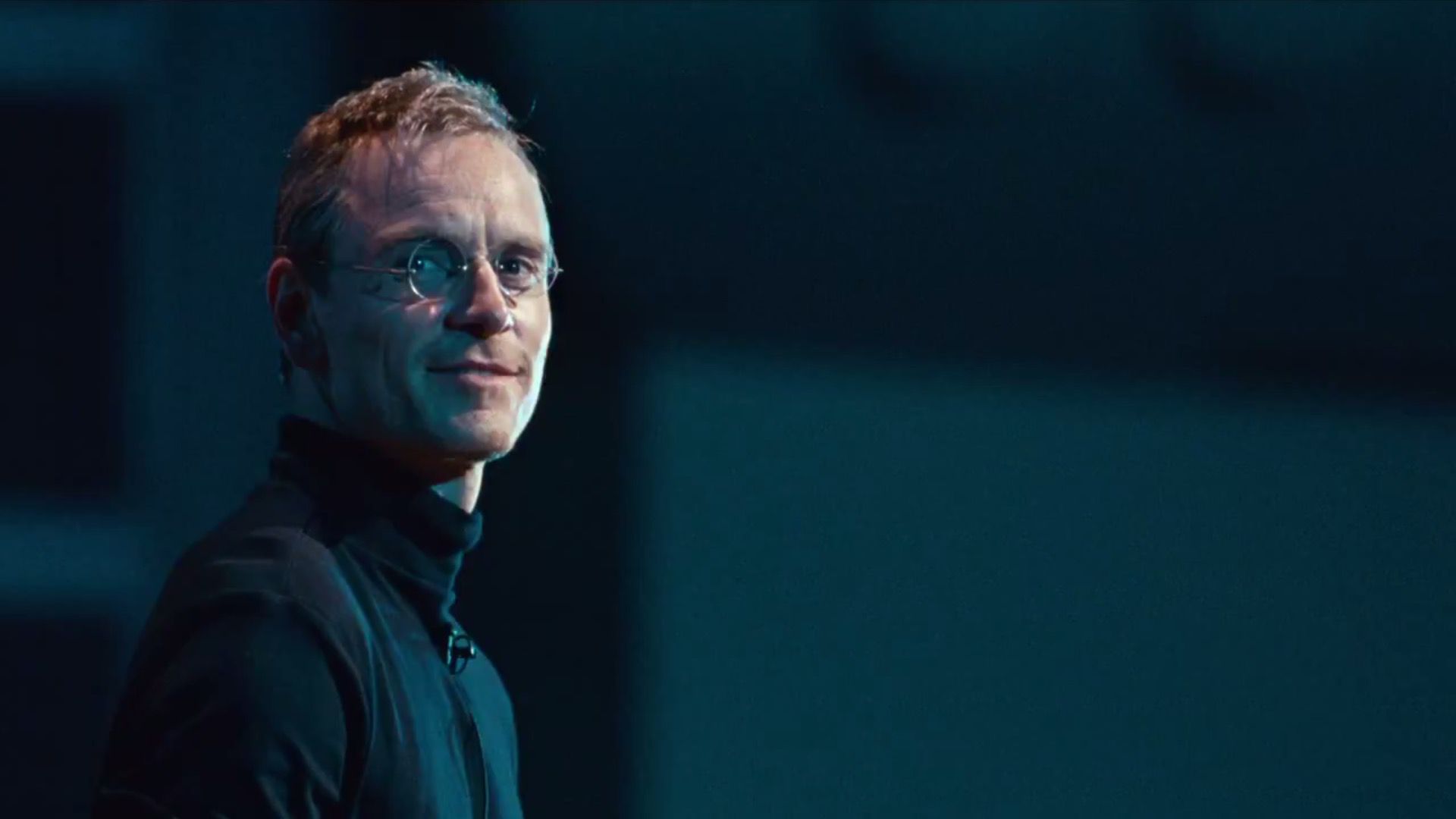 Confession: Danny Boyle's Steve Jobs left me cold on nearly all fronts—except, that is, when it came to the hair and makeup work, which found subtly compelling and poignantly convincing ways to age everyone from Michael Fassbender and Kate Winslet to Michael Stuhlbarg and Katherine Waterston. Just goes to show that, even if the particular project in question fails to move you, there's still commendable artistry to be found in all corners of moviemaking.