Home » Tribeca News » Cinephiles, Stand Up: Kodak Has a New Digital Super 8 Camera That Records on Film
View All News

Cinephiles, Stand Up: Kodak Has a New Digital Super 8 Camera That Records on Film

Thanks to Kodak, we can now score one for the nostalgists in film's battle against digital technology. 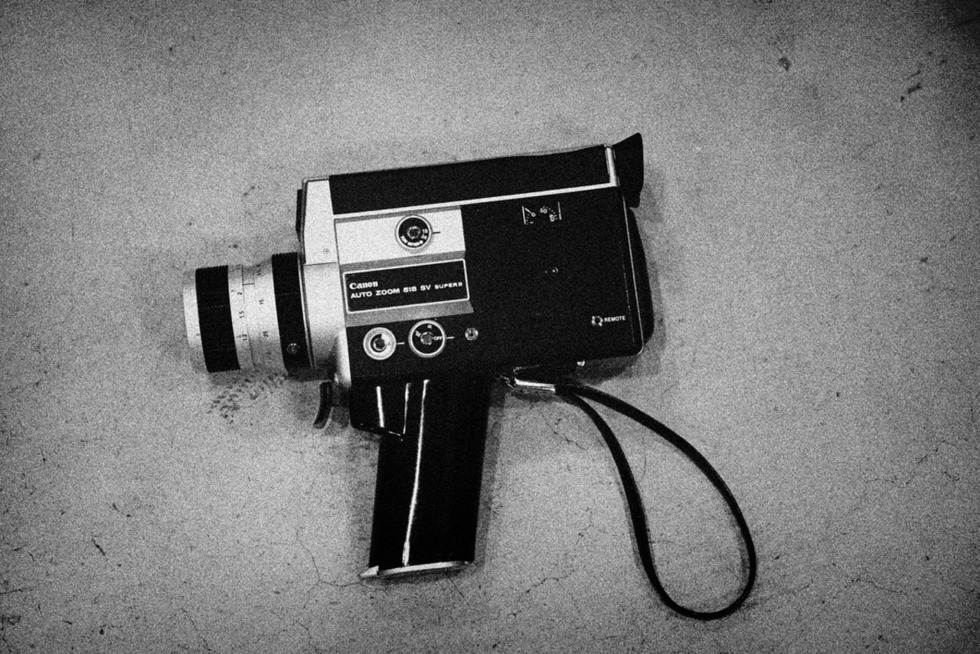 There’s no denying that we’re living in a digital world, but the three horsemen named Quentin Tarantino, Paul Thomas Anderson, and Christopher Nolan have been working hard to ensure that moviemaking remains at the very least a partially film-driven game. Film prints, once the norm, have largely been usurped by the digi format for a variety of reasons both practical and financial, yet impassioned cinephiles know that there's nothing like watching actual "film" on the big screen. Hence why repertory theaters like Anthology Film Archives and Film Forum thrive on screening 35mm prints, and why Tarantino has made such a big deal about projecting his latest film, The Hateful Eight, in "glorious 70mm Panavision."

And now, on the heels of The Hateful Eight's 70mm roadshow's success, the old-fashioned soldiers fighting the good film-over-digital fight have another opportunity to celebrate. It's just been announced at the Consumer Electronic Show (or CES) in Las Vegas that Kodak has launched the Kodak Super 8 Revival Initiative, to mark the 50th anniversary of Kodak's manufacturing of Super 8 film. The company’s reps unveiled the prototype for their newest Super 8 camera that'll merge the vintage Super 8 machine's capabilities and functionality with digitally friendly modernizations, including USB cable and SD slots, a digital viewfinder, and an integrated microphone.

In other words, before long, you'll see countless budding Spielbergs walking around with these babies:

So why is this such great news? Because now a whole new generation of aspiring directors will be able to do what heavyweights like Christopher Nolan, J.J. Abrams, and Steven Spielberg did in their younger days: shoot their own homemade movies on beautiful 8mm film, not on their smartphones.

Learn more at Kodak's official site. Below, a few of the industry's best filmmakers share their thoughts on why this Super 8 revival is so necessary. (All quotes taken from Kodak's site.)

Steven Spielberg, writer, director, producer, multiple Academy Award® winner
“When I watch the news, I expect and want it to look like live television. However, I don't want that in my movies. I want our century-plus medium to keep its filmic look and I like seeing very fine, swimming grain up there on the screen. To me, it's just more alive and it imbues an image with mystery, so it's never literal. I love movies that aren't literally up in my face with images so clear there is nothing left to our imaginations. Had I shot it on a digital camera, the Omaha Beach landings in Saving Private Ryan would have crossed the line for those that found them almost unbearable. Paintings done on a computer and paintings done on canvas require an artist to make us feel something. To be the curser or the brush, that is the question and certainly both can produce remarkable results. But doesn't the same hold true for the cinematic arts? Digital or celluloid? Vive la difference! Shouldn't both be made available for an artist to choose?”

J.J. Abrams, writer and director of Star Wars: The Force Awakens
“While any technology that allows for visual storytelling must be embraced, nothing beats film. The fact that Kodak is building a brand new Super 8 camera is a dream come true. With a gorgeous new design, interchangeable lenses and a brilliant scheme for development and delivery of footage, this camera appears to be the perfect bridge between the efficiency of the digital world and the warmth and quality of analog.”

Quentin Tarantino, writer, director, producer, multiple Academy Award® winner
"On film, there's a special magic on a set when you say ‘action' and to the point that the take runs until you say ‘cut,' that's a sacred time. I’ve always believed in the magic of movies and to me the magic is connected to film. When you’re filming something on film you aren’t recording movement, you're taking a series of still pictures and when shown at 24 frames per second through a lightbulb, THAT creates the illusion of movement. That illusion is connected to the magic of making movies. The fact that Kodak is giving a new generation of filmmakers the opportunity to shoot on Super 8 is truly an incredible gift.”

Ed Lachman, cinematographer of Carol
“The first camera I ever picked up was the Super 8 camera and it’s still a joy to play and experiment with. There's always a sense of discovery with the form. I've actually used it in a number of feature films including Mi Familia, Selena, and I'm Not There.”

Alex Ross Perry, writer, director
"Kodak's commitment to keeping film alive, not only as a medium for commercial cinema but also by supporting 16mm and Super 8mm for artists and independent filmmakers is, in a word, remarkable. When I hear about the titans of the industry fighting for film, the conversation is always about 35 or even 65mm. Knowing that the precious little 8mm and 16mm siblings are safe as well give me great comfort, as I know that the formats I rely on to make my films will continue to exist."