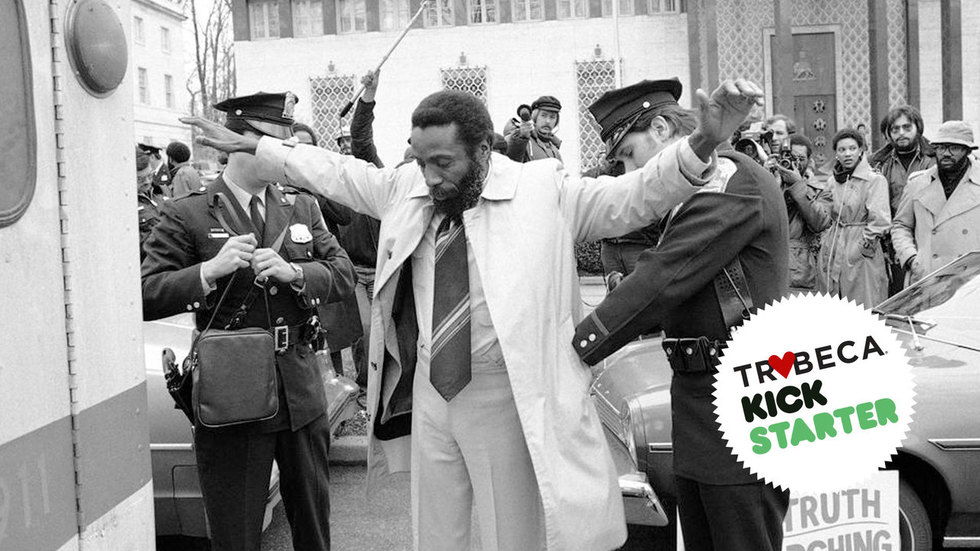 Now that we’re barreling towards the next presidential election, comedians are going to have a surplus of joke fodder—mostly about Donald Trump, of course. The late-night circuit, marked by Stephen Colbert and Jimmy Fallon, will find an endless wellspring of material from political follies, while Bill Maher will continue to keep his gloves off and attack world issues with the edgier candor that's off-limits to Colbert and Fallon’s non-cable programs.

The most intriguing addition to the after-hours universe, however, is Trevor Noah, who's stepping in for Jon Stewart as host of Comedy Central’s The Daily Show. Paired alongside the network’s The Nightly Show with Larry Wilmore, Noah’s The Daily Show is a major component in the Comedy Central's attempt to provide diversity in the pop-culture-skewering sphere. Thanks to the channel that once housed Dave Chappelle’s socially pointed satire, political humor is no longer limited to middle-aged white men.

In order to fully appreciate this reality, though, one must go back to the beginning, and the history of black comedians getting involved with political commentary traces back to Dick Gregory. Forget about Trevor Noah hosting his own show for a second—there was once a time when black comedians were never seen on television in the first place. Gregory changed that, though, when he did a stand-up set on The Tonight Show with Jack Paar in the early 1960s. He kicked open the doors through which present-day comedy giants like Richard Pryor, Eddie Murphy, and Chris Rock have emerged.

Unabashedly raw, Gregory confronted racism head-on with his comedy. Like this:

“Last time I was down South I walked into this restaurant and this white waitress came up to me and said, ‘We don't serve colored people here.’ I said, ‘That's all right. I don't eat colored people. Bring me a whole fried chicken.’

Then these three white boys came up to me and said, ‘Boy, we're giving you fair warning. Anything you do to that chicken, we're gonna do to you.’ So I put down my knife and fork, I picked up that chicken and I kissed it. Then I said, ‘Line up, boys!’”

Armed with that kind of fearlessly in-your-face defiance, Gregory one-upped his comedic accomplishments by occupying the front lines of the Civil Rights Movement. He spent time in Selma, Alabama, during Dr. Martin Luther King’s voter registration efforts in October 1963 (which were dramatized in Ava DuVernay’s 2014 film Selma). A tireless activist, Gregory even ran for president in 1968 as a write-in candidate of the Freedom and Peace Party.

And that’s barely scratching the surface in regards to how Gregory has merged his humor with social action over the last 50 years.

So why isn't Dick Gregory's name a household one? Indie filmmaker Andre Gains is determined to bring Gregory that kind of recognition. He’s been hard at work on Dick Gregory: How to Survive in America, a documentary focused on detailing the now-83-year-old comedian’s life and experiences as history’s funniest Civil Rights advocate.

Gaines, who studied film at New York University’s Tisch School of the Arts, is currently trying to secure the necessary funds to complete Dick Gregory: How to Survive in America via Kickstarter. The end goal is $200,000, which Gaines and his team need to reach by Saturday, October 10.

To support Dick Gregory: How to Survive in America, head over to its Kickstarter page and donate. And once you've done that, check out (and back!) other Kickstarters we love here.