A Motorcycle-Riding, James Dean-Inspired Teenage Girl Needs Your Help In Order to Reach the Big Screen 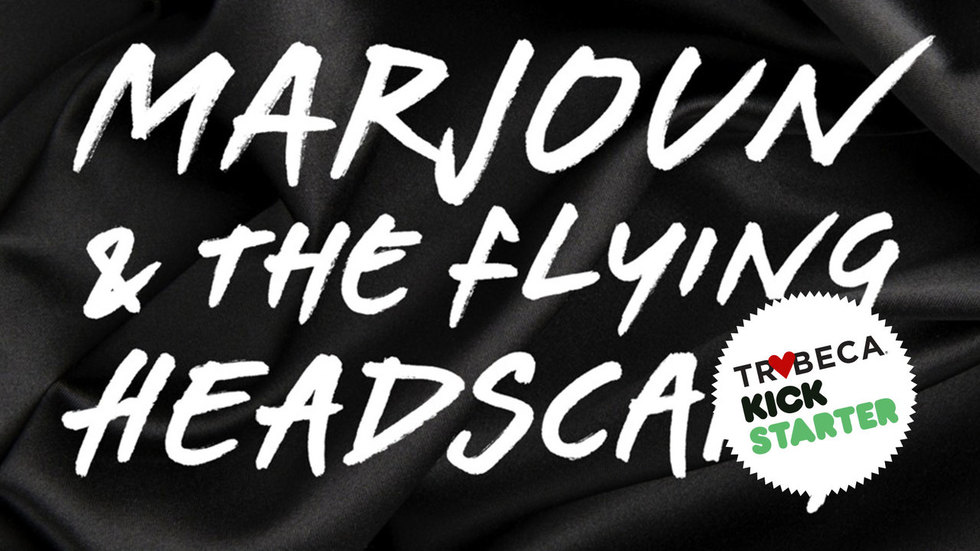 It's a really strong time for movies about teenagers. Nine months into 2015, this year's high-school-centric movies have already made those American Pie films and their sophomoric ilk seem ten times more infantile than ever before. For young male audiences, the Sundance Film Festival breakout Me and Earl and the Dying Girl brought an atypical amount of depth to a teenage boy character who'd be an obnoxious and insufferably self-centered nightmare in other teen flicks; for young women, the exceptional The Diary of a Teenage Girl and the underrated I Believe in Unicorns approached teenage sexuality with a no-holds-barred truthfulness that was both refreshing and vital.

But none of those films are as immediately badass as Marjoun and the Flying Headscarf. Check out its logline: "A fiction feature inspired by James Dean about a teenage rebel who comes of age into a headscarf and a motorcycle."

That doesn't sound like your typical teen movie, huh? What it does sound like is the kind that cinema needs more of.

Here's your chance to help make that happen. Marjoun and the Flying Headscarf is the second film from Brooklyn-born writer-director Susan Youssef. The main character, Marjoun, lives in Arkansas and has to deal with both being an outcast in a predominantly white region and her father's imprisonment on terrorist charges. Marjoun was first seen in Youssef's short film of the same name, which premiered at Sundance in 2006. While in Park City, Youssef met with folks who tried to convince her to turn Marjoun and the Flying Headscarf into a feature, but she hesitated; in her eyes, the lack of films about Arab Americans and Muslim Americans meant that the market wasn't ready for it.

In 2013, she completed Habibi, a feature-length love story set in the Gaza Strip that made the international festival rounds and won Youssef tons of critical acclaim. Now that the film landscape has shifted more towards Arab and Muslim stories, Youssef is ready to revisit Marjoun's world. Unfortunately, the unavoidable financial realities of making an independent film have prevented Youssef from beginning production.

That is, unless crowdfunding can save the day.

So far, Marjoun and the Flying Headscarf has been supported by grants, and those grants will cease to exist at the end of December. In order to fully finance the project and shoot it before those grants disappear, Youssef has turned to Kickstarter. As of today, she's roughly $45,000 short of the targeted $100,000 goal; the Kickstarter campaign ends on Sunday, September 27.

To learn more about the campaign, and, if you're so inclined, to support Marjoun and the Flying Headscarf, head over to the film's Kickstarter page.