With 'Elysium,' Jodie Foster once again takes the screen as her favorite character type: the solitary, stoic, iron-willed woman who seems to exist in a universe all to herself. We went and found 13 roles and ranked them by how much they embody these very Foster-ian qualities. Quid pro quo, Clarice. 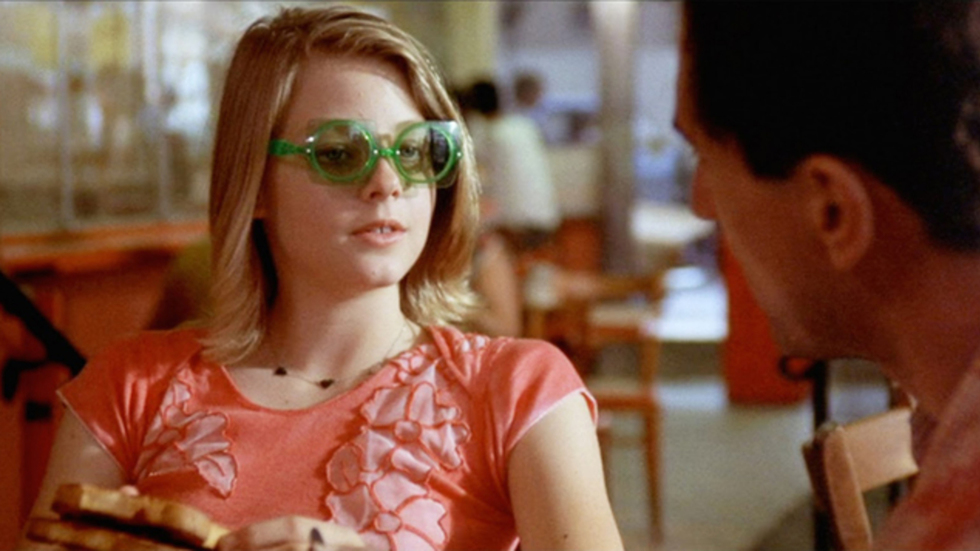 13. The Beaver: Playing the supportive/concerned wife to a mid-breakdown Mel Gibson doesn't offer a lot of opportunities for the kind of iron-spined character that Foster delivers so well.

12. Carnage: Jodie's character in this Brooklyn-set comedy of manners, lack of manners, accusations, and bourgeois contentment is anything but steely. She kind of flies off the handle at a moment's notice.

11. Nell: Nell kind of splits the difference between steely self-sufficiency. She certainly managed to survive all that time in the wild, so she's got the latter part down. But she's also completely child-like and thus not exactly the kind of steely broad we're looking for.

10. The Accused: The harrowing events of The Accused ultimately lead to Jodie's character having her day in court, but it's a long road to get there, and before that, she's a live wire who needs to be wrangled by her attorney (Kelly McGillis).

9. Flightplan: Jodie is a nervous wreck in this one, but she basically battles back against a plan to blow up a plane basically all by herself, so that's not bad.

8. Maverick: Another team-up with her best pal Mel, Jodie's old-west con-artist manages to get a lot done on her own, but for so much of that movie she's a sidecar to Gibson, leaving us with thoughts of the movie that could have been if Jodie was the main character.

7. Inside Man: God, is Foster's character a righteous bitch in this movie. She's amazing. Do not mess with her at all.

6. Panic Room: Much like in Flightplan, Foster's character in David Fincher's claustrophibic rollercoaster is a mess of jangled nerves, but as she and her daughter (Kristen Stewart) are forced to defend themselves against home-invaders, she's forced into being a self-sufficient action heroine.

5. The Dangerous Lives of Altar Boys: In what amounts to little more than a cameo, Foster played Sister Assumpta. And is there any better example of steel-spined autonomy than playing a nun?

4. The Brave One: That mid-2000s trend of Jodie playing frightened women who fight back concluded its trilogy with this Neil Jordan movie about the dangers lurking in scary, scary Central Park. Once we get past the film's mid-point, Jodie becomes a vigilante warrior who embodies all the classic Jodie characteristics.

3. Contact: Only Jodie Foster could take an emergency space mission to an uncharted alien civilization and do it all by herself. Sure, fine, nobody believes her when she says that she traveled through a wormhole despite no time having passed (that mean old James Woods!), but we saw it, and she succeeded in that mission all on her own.

2. Taxi Driver: At an incredibly young age, Jodie exhibited her tendency to be self-sufficient and preternaturally self-possessed. As the teenage prostitute who becomes the object of Robert De Niro's fascination, she was the closest thing to a strong protagonist that the film had.

1. The Silence of the Lambs: FBI trainee Clarice Starling remains Foster's best and most iconic role. Her transformation from stoicly nervous student to gun-slinging unlikely hero is not without jangled nerves throughout. But at some point, she realizes she's on her own, and that's where the iron-lady stuff kicks in.