John Cusack may be known for his everyman attitude, but we see something else in those sad puppy eyes...Mostly that they're the eyes of a sad puppy. 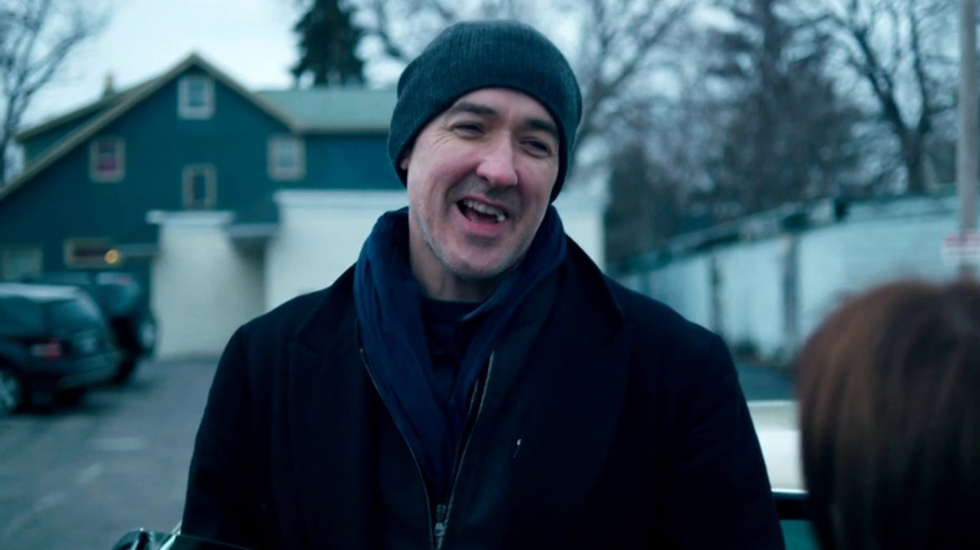 In the new movie, Adult World, a college graduate (Emma Roberts) has some trouble figuring everything out on the path to becoming a poet. Desperate for cash, she takes a job at an adult bookstore and takes workshops with her favorite author/mentor Rat Billings (John Cusack). Though he's no champion of adulthood, she forces him to find his way, even as he reexamines his own life.

And so the student becomes the master. Here's some of John Cusack's roles in order his character's level of despondence.

Being John Malkovich
Role: Craig Schwartz
Choice Line: "Consciousness is a terrible curse. I think. I feel. I suffer."

What's more depressing than making a list of your worst break-ups? Probably having to compete with Tim Robbins for the woman that maybe-kinda-sort-idunno-man-could-be-the-one.

Must Love Dogs
Role: Jake
Choice Line: "The Universe is designed to break your heart, right?"

Believing he's finally got a shot at true love, our Sad Puppyman is heartbroken when it looks like he's lost again. Jake rejects himself before Sarah gets the chance.

For most of this movie, Lloyd didn't care about anything. Anything, that is, except for winning the affections of Diane.

Granted, the world was ending, but Jackson managed to be the most melancholic upbeat divorced dad alive. He had to keep everyone alive and positive, even though they were being screwed over at every turn. Kudos, man. Kudos.

He was definitely the most positive of the unlucky duo. His cheerfulness in the face of despair became his own level of sadness.