Home » Tribeca News » One for Me / One for Them: James Franco
View All News

One for Me / One for Them: James Franco

The ‘This Is The End’ star has been notorious for odd and artsy career choices for a while. But how has he been balancing that with the mainstream career of an A-list movie star? We charted his career from year-to-year to see how he’s doing. 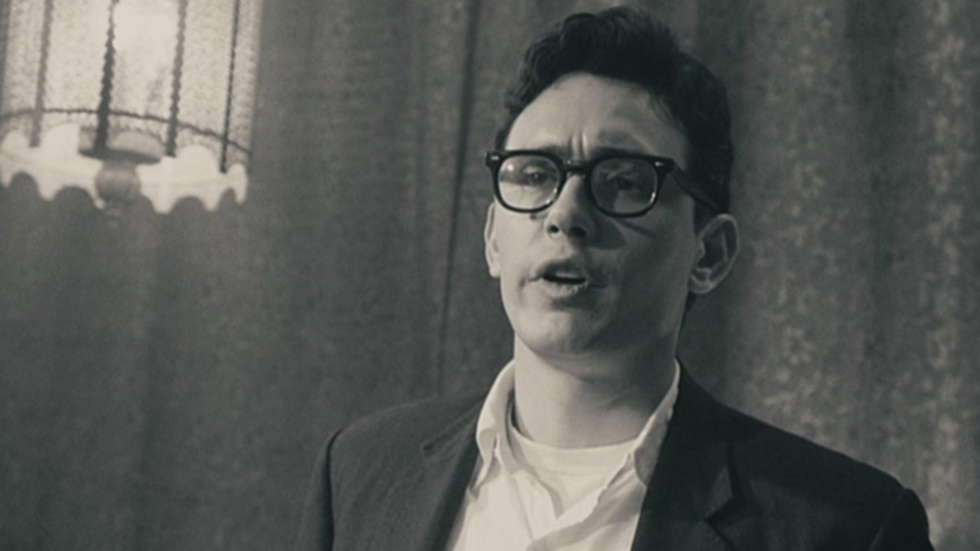 Franco’s relatively brief teen period would have him—for really the only time in his career—being far more mainstream in the movies than on TV. His starring role in the Paul Feig/Judd Apatow cult classic Freaks and Geeks placed him in the good graces of many TV fans, in a way that his appearances in teen-comedy films like Never Been Kissed and Whatever It Takes couldn’t erode. Still, Freaks was ignominiously cancelled, so it was the movie career that remained. Advantage: THEM

2001-02:
Franco’s next breakthrough would also come on TV, as his 2001 Golden Globe-winning performance in James Dean immediately shot him up to leading-man status. The following year, he would enter the blockbuster realm as Harry Osborn in Spider-Man. Yet almost immediately, Franco began using his newfound Hollywood capital to make a mark in the indie world, albeit indies with starry pedigrees. He toplined Nicolas Cage’s directorial debut Sonny, for example, before joining Robert De Niro and Frances McDormand in City By the Sea. Advantage: HIM

2003-04:
Another, somehow even bigger Spider-Man landed in 2004, though Franco’s character didn’t ascend to the role of main antagonist as many anticipated. On the arthouse side, he signed on to the Robert Altman ballet film The Company, because if you’re going to do one indie movie to counterbalance your huge superhero blockbuster, why not make it an Altman film. Advantage: HIM

2006:
These were the first real bumps in the career road for Franco, as nearly everything that was intended to be a popular—or at least crossover—hit didn’t not catch on, from military dramas Annapolis and Flyboys to the classical romance Tristan & Isolde, which was aggressively sold to teens as their new Romeo and Juliet and was not at all received that way. On the truly indie side, he made the well-regarded The Dead Girl, but was too embedded in the ensemble to claim any credit for himself. Advantage: THEM

2007:
Another Spider-Man, this time with Harry finally ascending to Green Goblin status, although by this point in the series, fan (and certainly critic) fatigue had set in. A supporting turn in In the Valley of Elah wasn’t really hefty enough to offset Spidey, and since Spider-Man 3 was the biggest box-office earner of the year, despite the reviews, this was surely a mainstream kind of year. Advantage: THEM

2008:
This was the big breakthrough year, as it seemed that finally all phases of Franco’s career were converging into a pair of huge hits. The stoner comedy Pineapple Express earned Franco a Globe nomination and reminded everybody of his roots in Apatow comedy, while a featured supporting performance in Gus Van Sant’s Milk put some polish on his serious-actor cred, and would presage his subsequent avid interest in gay-related subjects. Advantage: HIM

2009-10:
As Franco’s interests would continue to vary—and his educational pursuits would begin to push his art into more student-y directions—Franco continued to show off all the weapons at his disposal, from serious leading-man work in mainstream dramas (his Oscar-nominated performance in Gus Van Sant’s 127 Hours) to more independent, passion-project work (as Allen Ginsberg in Howl) to mainstream check-cashing (opposite Julia Roberts in Eat Pray Love), to sharply comedic cameos in solid mainstream comedies (Date Night), to bizarre “performance-art” guest-starring work on daytime soaps (General Hospital). Quite the eclectic couple of years, during which no one could say that Franco wasn’t doing exactly what he wanted to do. Advantage: HIM

2011-12:
Yet another eclectic period for Franco, complete with mainstream action blockbuster Rise of the Planet of the Apes to a spotlight cameo in The Green Hornet. A reunion with Pineapple Express director David Gordon Green on Your Highness was something of a bomb, but it allowed him the freedom to indulge in any number of film-student-adjacent projects, whether his own or by NYU classmates/faculty (The Broken Tower; Tar; The Letter). The student films didn’t really have any kind of life outside the collegiate circuit, but once again, this was a guy following his own particular muse. Advantage: HIM

2013:
If the previous few years had been characterized (at least somewhat) by idle noodling, 2013 marked a return to serious career-building from Franco. As far as big-studio paydays go, the title role in a phenomenally successful Sam Raimi film like Oz the Great and Powerful isn’t too shabby. Particularly when that’s followed by the indie cause celebre Spring Breakers, which in some corners drew “career best!” plaudits for his performance. And in the year to come, further auteurist work is on the way, from his Cruising reworking Interior: Leather Bar to writing and directing an adaptation of As I Lay Dying, to playing Hugh Hefner in Lovelace. All that, plus a stoner-comedy meta-reunion in this weekend’s This Is The End, which is getting way better reviews than you might have expected. Any way you slice it, this is an actor charting his own course. Advantage: ???