Why is James Franco bothering to defend his for-charity crowdfunding project? 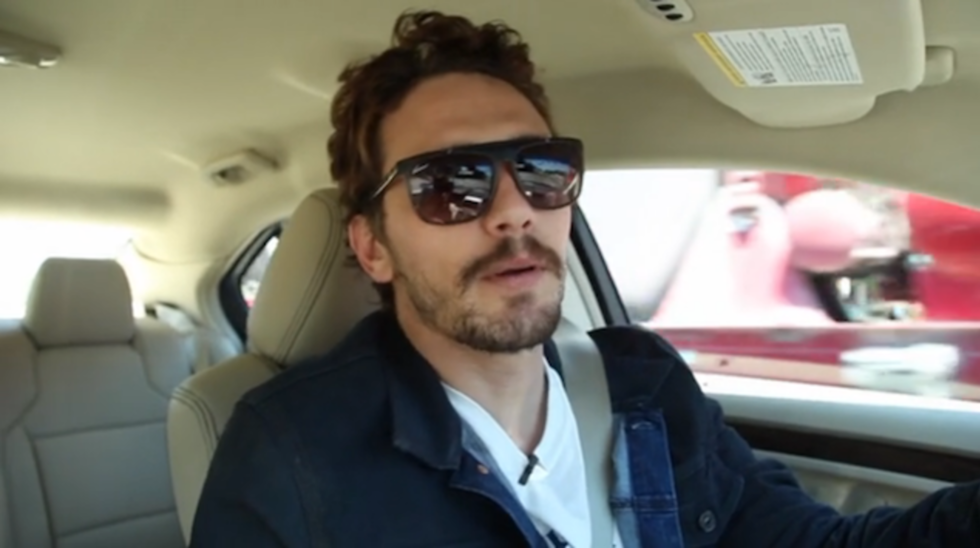 As I wrote when it was announced, James Franco’s crowdfunding project Palo Alto Stories is about as backlash-proof as anything we have thus far witnessed in the crowdfunding game. But the backlash has continued on social media and on blogs about celebrities using crowdfunding platforms to (further) enrich themselves, essentially negating the fundamental democratic premise of the Kickstarters and Indiegogos of the world.

Kevin Smith, who financed his first feature film Clerks by selling his beloved comic book collection for $27,000, is one of the most vocal members of the independent filmmaking community speaking out against celebrities abusing their already exalted social status on crowdfunding platforms that are meant for the up-and-coming: "I don't know, I feel like I should leave that for the cats that really need it at this point,” Smith told Kim Masters on KCRW radio when asked why he didn't crowdfund Clerks 3.

Franco’s Palo Alto Stories strategy is brilliant because it addresses, and skillfully refutes, every main arguments against celebrities abusing crowdfunding. For one: Franco will not get rich. “My intention is not to go on Indiegogo and ask people to donate money that will then eventually go into my pocket,” he told Back to the Movies somewhat defensively last week. All sales of the films will go to Project Elysium, a non-profit dedicated to pairing working actors, musicians and artists with children battling serious medical conditions.

Point the second: Franco is giving a group of first time multicultural filmmakers a chance at the spotlight. Using his celebrity as a launching point, Franco is remaining largely in the wings. This is not the typical vanity celebrity project crowdfunded by the starstruck. "For this project,” Franco pitches, “I have invited the talented up and coming filmmakers Nina Ljeti, Vladimir Bourdeau, Bruce Thierry Cheung, and Gabrielle Demeestere to adapt and direct some of my short stories into three different feature films: Memoria, Killing Animals, and Yosemite." In other words: Franco will not be in control. Third point: the subject matter -- intimate portraits of self-conscious and anti-social teenagers in the 80s -- sounds earnest and organic, culled from a book about Franco’s youth.

So how is Franco's project doing thus far? Well, not that well on the funding side. As of July 8, with ten days left, Franco is at $180,000 out of his goal of a half a million dollars, or roughly 35 percent. Meh. Now the good news: Franco doesn’t have to reach his goal; he is exercising Indiegogo’s Flexible Funds option, so he will get what is raised no matter what. Finally, while the campaign still has a ways to go, many of the higher end rewards have been snatched up with fervor. For example: The Executive Producer and VIP Dinner "Perk," which goes for $10,000, has five out of the six allotted spots spoken for already. And all thirty $1,000 Associate Producer credit perks are taken. As we near the end date it is quite possible that the higher end perks will appear even more attractive to those who have that kind of cash to spend.

It's hard to see how Franco could really lose out in this - even if the films themselves don't turn out great, these presumably talented young directors will have cut their teeth and, most important, a charity helping children will benefit. Franco should stop apologizing or even adopting a defensive pose - this project is all good.