James Franco has created a celebrity crowdfunding project that it's almost impossible to hate. Will he start a trend? 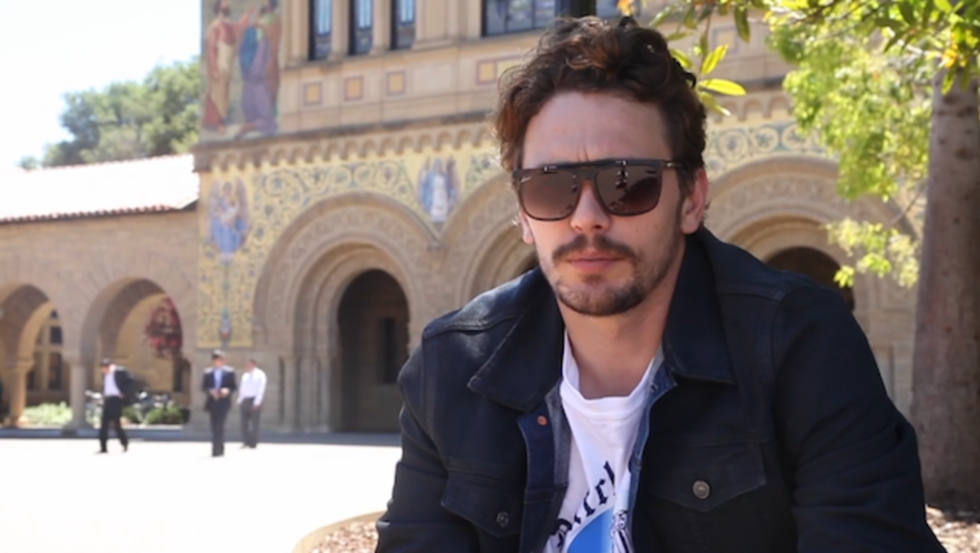 James Franco, Hollywood A-Lister, is running an interesting indie crowdfunding campaign that, if successful, could negate the whole Celebrities-on-Kickstarter social media backlash. He appears to be facing that backlash head first, eliminating at the outset the profit motive critique that plagued Zach Braff.

On Twitter, Franco has been aggressive in promoting the campaign. But Franco has turned to Indiegogo – the smaller, artier of the crowdfunding platforms – and not to the more “commercial” Kickstarter to fund the project - three films based on his Palo Alto Stories, a short story collection he published in 2011 about going to college in Northern California. Another added advantage of that crowdfunding platform: the bar will be set lower for Franco, considering he is opting for “flexible funding,” which means he will be able to keep all funds even if he does not reach the stated goal for his trilogy.

Franco, further, is turning to fresh blood filmmakers to adapt and direct three stories from the book. “For this project, I have invited the talented up and coming filmmakers Nina Ljeti, Vladimir Bourdeau, Bruce Thierry Cheung, and Gabrielle Demeestere to adapt and direct some of my short stories into three different feature films: Memoria, Killing Animals, and Yosemite,” he writes in his pitch. Franco’s campaign, ironically, occurs as the actor/writer/filmmaker/professor is currently starring in the country’s highest grossing comedy of last week, This Is the End. In that film, Franco punctures his perceived media image as a self-involved artist. “Oh he reveled in it,” director Evan Goldberg told Fresh Air’s Terry Gross last week.

With less than thirty days left in the campaign, Franco has reached nearly 10% of his $500,000 stated goal and, at post time, has 172 funders. His rewards system is kind of interesting as well. The funding perks run the gamut from $10 (Official Backer) to $10,000 (Executive Producer credit and VIP dinner). Ten dollar backers, on the low end, get exhaustive electronic updates and the obligatory PDF script at the movie release; five thousand dollars gets you a cast credit role in the movie; seven grand gets you an original painting by Franco as well as some other perks.

If that all sounds a bit self-indulgent, it must be noted that all of the profits of the film will go to Project Elysium, a charitable organization helping critically ill children. In eliminating the profit motive, Franco has, perhaps, learned from the Zach Braff social media backlash (Braff earned $350,000 an episode in the later years of Scrubs, critics like to point out).

“Working with Art of Elysium has given me the opportunity to share my creativity with hospitalized children and give them the gift of creativity,” Franco writes in the pitch. It is almost impossible to fall back on the old James Franco-is-self-involved saw when, to lay it out: sick children are getting all the profits of this publicly-funded film that gives up-and-coming, multiculti directors a shot at exposure. This may sound extraordinarily cynical, but: well played, James Franco. Well played.

If Franco's project succeeds financially (or even critically), his introduction of the charity element to celebrity crowdfunding could shame future stars into thinking twice before asking fans for money without promising to give some away. We'll see.